In a While, Crocodile Trivia Quiz

My history professor told me that historians should never predict the future. The events featured in this quiz show how true this is!

Quiz Answer Key and Fun Facts
1. In 1535, Henry VIII of England introduced a tax on beards. Few people could have predicted that later, 170 years later to be exact, another ruler would also institute a beard tax, but he did. Who was it?


Answer: Tsar Peter I of Russia

King Henry VIII of England maintained his own beard while taxing those of his people who wore one. His daughter, Queen Elizabeth I, reinstated the tax during her reign. Tsar Peter I of Russia, who was also known as Peter I the Great and Pyotr Alexeyevich Romanov, ruled Russia from 1682 to 1725.

As part of his ambition to modernise Russia, he pressured people to abandon traditional dress and adopt European fashions. The wearing of beards was associated with Russian Orthodox dress rather than eighteenth century European fashion, and thus people (aside from Orthodox clergy) were taxed if they continued to wear beards.
2. Thomas Jefferson, third President of the United States of America, was a well-known cultivator of hemp. It would have been difficult for Jefferson to imagine that, more than one hundred and fifty years after his death, another man who became President would be involved in a controversy around smoking the very same kind of plant. Who was this twentieth-century man who, after a while, admitted the deed but claimed that he 'did not inhale'?

Both George Washington and Thomas Jefferson (the first and third Presidents of the USA) grew hemp (cannabis). It is well established that the primary purpose of this was to produce the raw materials used to make products such as rope, and many people dispute the claim that these men ever smoked the plant for its intoxicating effects. Bill Clinton, however, has admitted to smoking cannabis during his time as a university student at Oxford. During his first Presidential election campaign he was confronted with the allegation that he had smoked marijuana. Clinton admitted that he had done so, but sought to mitigate the act by insisting that he 'did not inhale' the smoke.
3. In 1899, Charles H. Duell of the US Patent Office is often said to have claimed: "Everything that can be invented, has been invented". A while later that prediction was proved very wrong. Approximately how many patents did the US Patent Office grant in 1999, one hundred years after Duell's forecast?

It is easy to see one's own time as the pinnacle of human achievement, but it is wise not to make such categoric predictions as Duell is said to have made in public. As is the case with many statements that "everyone knows", historians debate whether or not Duell actually said or wrote this, but it is a part of the mythology of the twentieth century, which saw inventions that changed the world, such as the jet engine, computer chips and televisions.

In 1899 the US Patent Office had yet to grant its first plant patent - this happened in 1931. Far from dwindling, the general trend has been for the annual number of patents granted to increase.
4. In 1919, baseball Hall of Famer Tris Speaker offered the following appraisal of a strategic change regarding a famous player: "Taking the best left-handed pitcher in baseball and converting him into a right fielder is one of the dumbest things I ever heard." After a while, Speaker was proven wrong, but about whom was he speaking?

Babe Ruth is widely regarded as a baseball legend, and after making the change to right field he set some records which stood for more than a short while. For instance, in 1927 he became the first player to hit sixty home runs in one season. This wasn't beaten until Roger Maris hit sixty-one runs in the 1961 season, but some considered Maris had an advantage because that season was eight games longer than the one during which Ruth achieved his feat.
5. On October 16, 1929, a Yale Economics professor announced: "Stocks have reached what looks like a permanently high plateau." In a very short while the stockmarket crashed, triggering what notorious phenomenon of the 1930s?

Irving Fisher (1867-1947) was a professor of economics at Yale University when he made this prediction. Actually, the stock market had peaked in September of 1929 and had already fallen steeply by the time he made the comment. Furthermore, he stood by his prediction and on October 23, the day before the massive stock market crash sent the US economy, and many other national economies, plummeting, he assured a bankers' meeting that "security values in most instances were not inflated." For several months after the crash he continued to assert that recovery was just around the corner.

In reality, many national economies were in severe slumps for much of the 1930s. Fisher's appraisal of this situation tarnished his reputation as an economist for the rest of his lifetime.
6. In 1936 the 'New York Times' predicted: "A rocket will never be able to leave the Earth's atmosphere." After a while this was proven wrong. By 1946 US scientists had launched rockets beyond the Earth's atmosphere and eventually they were used to propel people into space. In what year did rockets successfully land man on the moon?

Due to Cold War politics, it is difficult to know exactly what the USA's major space exploration competitor, the USSR, had achieved in terms of experimentation with rockets. However, the US publicly announced its achievement of launching a rocket beyond the atmosphere in 1946. Germans scientists, in 1944, also claimed to have sent missiles over one hundred miles into space. By 1962 the USA's rocket technology had advanced far enough to successfully send John Glenn to orbit the Earth, and in July of 1969 the Apollo 11 mission safely landed two men on the moon.
7. On September 30, 1938, British Prime Minister Neville Chamberlain reported to his nation that he had signed the Munich pact and announced: "This is the second time in our history that there has come back from Germany to Downing Street peace with honour." What famous phrase, shown to be an inaccurate prediction after a very short while, did he deliver next?


Answer: I believe it is peace for our time.

The Munich Pact was an agreement reached between leaders of Britain, France, Italy and Germany, which permitted Germany to seize the Sudetenland in Czechoslovakia. With the benefit of hindsight, many now see this as a dangerous appeasement of German demands, which contributed to the German invasion of Poland that directly led to Word War Two. Far from bringing 'peace for our time', this war saw deaths on British soil and cost many, many lives across the globe.
8. On December 4, 1941, the US Secretary of the Navy, Frank Knox, declared: "Whatever happens, the US Navy is not going to be caught napping." A VERY short while later, three days to be precise, a large naval contingent was caught doing that very thing by a Japanese attack force at which location?

The Japanese strike on Pearl Harbor was not a success in terms of its goal of disabling American military power in the Pacific, but it did bring the USA into Word War Two and also caused a great deal of damage and loss of life. Over twenty-four hundred American lives were lost during the December 7 attack, and many ships and aircraft were destroyed.

The Japanese lost twenty-nine planes, five midget submarines and sixty-five men.
9. In 1964 this actor was turned down for the lead in a movie because it was deemed he didn't 'have that presidential look'. After a while, it became apparent that the American public disagreed, because he was elected the 40th President of the United States. Who was he?

The United Artists Executive who made this decision may well have made a good selection in terms of his movie, but his comment now reads somewhat humorously. Reagan's career as an actor was drawing to a close by 1964, but his political career was about to begin. He was Governor of California from 1967 to 1975 and President of the USA from 1981 to 1989.
10. Even those who were intimately involved in the computer revolution could not make predictions that seemed accurate for much of a while. Which software magnate is alleged to have declared, in 1981, that "640k ought to be enough for anybody"?

Although Bill Gates has subsequently denied this statement, claiming that no person "involved in computers would ever say that a certain amount of memory is enough for all time", others insist that Gates made the comment at a 1981 trade show.

In a 1989 speech about the history of computing, Gates said, "I have to say that in 1981, making those decisions, I felt like I was providing enough freedom for 10 years. That is, a move from 64k to 640k felt like something that would last a great deal of time. Well, it didn't - it took about only 6 years before people started to see that as a real problem."

Whatever the case about the actual quote, it is true that developments in computers and related technology meant that by 2001, when the first iPod was released, people were carrying around devices in their pockets that had almost ten thousand times more memory than the new home computers released in 1981.
Source: Author looney_tunes 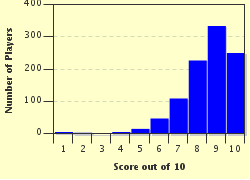