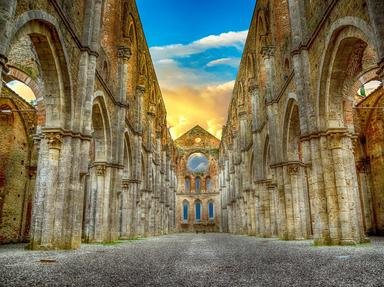 After the fun I had with my Tudor celebrities I decided that that stars of the Medieval time were just as sensational and shouldn't be forgotten! This time I've included a couple of stars from the continent also.

Quiz Answer Key and Fun Facts
1. I was known as 'The Greatest Knight' of them all. I served several English kings and at one point was regent of England. I was a wealthy magnate receiving most of my Irish and Welsh lands through my marriage.

Although William Marshall was a cousin of the Earl of Salisbury he was only a second son and therefore not destined for greatness. However through a mixture of hardwork, luck and decency he became perhaps the greatest knight ever. He served several of the Platagenet kings, such as Henry II, Richard I and Henry III. Through his marriage to Isabel de Clare, daughter of Richard Stronbow, he became a very wealthy man.

Despite his life as a warrior he lived to a great age.
2. How turbulent I really was could be open to debate but I certainly was not the most popular Archbishop of Canterbury although my relationship with the King started off well.

Thomas Becket was murdered in Canterbury Cathedral by some of Henry II's knights after Henry II allegedly called out, "Who will rid me of this turbulent priest?" He was killed on 29th December 1170 and continued to plague Henry long after his death. It is said many miracles happened at his tomb and he was canonised barely three years later, in 1173.
3. I was known as the 'Maid of Orleans' although the English probably had a few more choice names for me. The apparent voices I heard encouraged me to great things before I met a nasty end burnt at the stake.

Joan of Arc was born at Domrémy in France in 1412. She famously led the French to many victories against the English. On being captured she was subsequently ransomed to the English. She was then tried on trumped up charges and executed on the orders of the English, being burnt at the stake at Rouen.

She was given a posthumous pardon by an Inquisitor named Jean Bréhal. She was canonised in 1920.
4. I was once Guardian of Scotland and legend has it that after suffering a resounding defeat at the hands of the English I watched a spider endeavour to spin its web which then spurred me to victory.

Although he had previously made agreements with Edward I, Robert the Bruce declared himself King of Scotland and was crowned at Scone in 1306. With reference to the story of the spider, the legend has it that after suffering many defeats by the English and seeing many of his family captured or executed he was inspired by the sight of the spider spinning its web 'to try, try and try again' and returned to battle convincingly beating the English at the Battle of Bannockburn in 1314.
5. I'm famous for some tales from Canterbury, but what is less known is that I was distantly related to the English royal family through my marriage to Philippa de Roet.

Chaucer's most famous works include the 'Canterbury Tales' and 'The Book of The Duchess'. The latter was written for Blanche of Lancaster, the first wife of John of Gaunt. The relationship to the royal family also came through John of Gaunt whose third wife was Katherine Swynford, sister of Chaucer's wife, Philippa.
6. My translation of the 'Recuyell of the Histories of Troye' was the first book printed in the English language. However, I did not stop there and printed around about a further hundred books.

It was in 1476 that William Caxton moved his printing press to Westminster. Among the other titles he printed was Chaucer's 'Canterbury Tales', Gower's 'Confessio Amantis' and Malory's 'Morte d'Arthur'. Caxton died in 1492.
7. One could say I was the epitome of Renaissance Man. The saying 'jack-of-all- trades, master of none' did not apply to me as I excelled in whatever I did whether it was science, mathematics or the arts.

Leonardo da Vinci is famous for many things. He was born in 1452 and although probably most famous for his art (he painted the 'Mona Lisa' and the 'Last Supper' amongst other things) he was a pioneer in many other fields. He designed a flying machine and did detailed drawings of human anatomy. He died in 1519.
8. I was a Portuguese explorer. With the help of the Spanish king I began the first attempt to circumnavigate the globe. Unfortunately, I did not make it as a little disagreement with some chiefs in the Philippines resulted in my death.

Magellan was born in 1480. He was much involved in trade and trade routes. After approaching the Spanish king for supprt he set off to sail around the globe westward. He managed to sail across the Atlantic and navigate through the straits at the southern point of South America which are now named after him.

After losing several of his ships to bad weather he sailed across the Pacific but met a sticky end in the Phillipines after getting caught up in a row with some local chieftans. One of the ships, however, continued and completed the first circumnavigation of the globe.
9. My nickname was the Kingmaker, and I had a huge influence in The Wars of The Roses - at least I did until I met my end in one of those battles.

Richard Neville was The Earl of Warwick and was influential in putting Edward IV on the throne and then replacing him with the previously deposed King Henry VI. He lost his life in one of the Battles in the Wars of the Roses, that being The Battle of Barnet in 1471.
10. I led the 'revolting peasants' in an poll tax rebellion. However, after upsetting the King I met a grisly end at Smithfield.

The Peasants' Revolt took place in 1381 against the young King Richard II. It is alleged that Wat Tyler was the leader of this revolt alongside John Ball ( a dissident preacher). After the second meeting with the king at Smithfield (the first being at Mile End) Wat Tyler was attacked and killed by the Lord Mayor of London, Sir William Walworth. Simon Sudbury was Richard II's Archbishop of Canterbury who was murdered by beheading by the mob.
Source: Author hj1 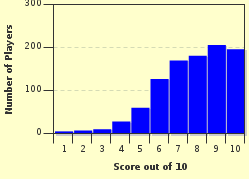 
Other Destinations
Explore Other Quizzes by hj1