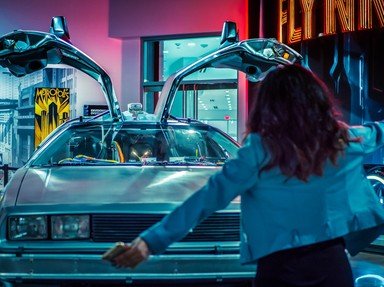 1986, a year of two notable disasters. The year which saw Prince Andrew married to Sarah Ferguson (another disaster!) and Jack Nicklaus win his sixth US Masters title.

The 1986 World Cup match was held in Mexico City. Argentina defeated West Germany 3 - 2.
2. In what place did a nuclear disaster take place in 1986?

An explosion in one of the reactors of the Chernobyl nuclear power plant caused massive radiation which spread over much of Europe. This radiation caused many deaths not only shortly after the disaster but also in the following years. The power plant was located about twelve miles from the town of Chernobyl, in what is now the Ukraine.
3. Which of these celebrated its hundredth birthday in 1986?

The Statue of Liberty was given to the USA by France. The statue, created by Frederic-Auguste Bartholdi, was dedicated by Grover Cleveland on October 28, 1886.
4. Which Andrew Lloyd Webber musical opened in London in 1986?


Answer: The Phantom of the Opera

"The Phantom of the Opera" opened on Broadway in January 1988 with Sarah Brightman and Michael Crawford in the leading roles. It won seven of the 1988 Tony awards including Best Musical.
5. What city hosted the 1986 World's Fair?

Prince Charles and Princess Diana opened the Vancouver World's Fair on May 2, 1986. The Fair ran until October 15 and was a huge success with an attendance of over 22 million. Over fifty countries participated.
6. Baby Doc fled to France from the country of which he was President. What country was this?

Jean-Claude Duvalier or 'Baby Doc' became President for Life in 1971 at the age of twenty, taking over the title when his father, 'Papa Doc' died. After years of authoritarian rule he had to flee Haiti in 1986.
7. Who won the Nobel Peace Prize in 1986?

Elie Wiesel was a Romanian writer who survived being interned in Nazi concentration camps. He wrote about the experiences of the Jews who suffered in them.
8. Which of these movies did NOT premiere in 1986?

"Platoon", directed by Oliver Stone, won an Oscar for Best Picture. Jodie Foster won the Best Actress Oscar for her role in "The Accused" a movie which premiered in 1988.
9. Which space shuttle met disaster a few minutes after take-off?

On January 28, 1986 the Challenger exploded after take-off from Cape Canaveral, Florida. All seven on board were killed, including Christa McAulliffe, who was the first person other than an astronaut to fly in a spacecraft.
10. Who defeated Jamaican Canadian Trevor Berbick in November 1986 to win the world heavyweight boxing title? 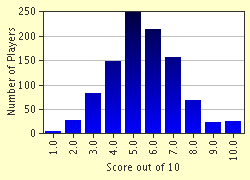 
Other Destinations
Explore Other Quizzes by minch