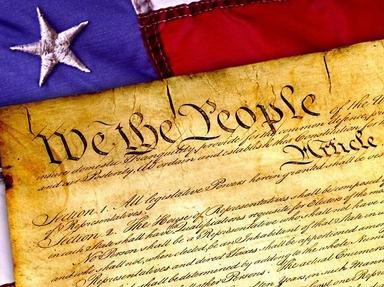 Have you ever wondered how America broke away from England? Find out in this Quiz.

Quiz Answer Key and Fun Facts
1. What were the first battles of the American Revolution?

Saratoga is the turning point of the war because it was the first major battle that the colonists won. After the battle, the French decided to fight with the colonists.
3. Who was the man who, according to legend, rode on his horse yelling, "The British are coming!"?

When two lanterns were lit on top of a tower, Paul Revere knew the British were coming by sea. He grabbed his horse and, according to Longfellow's poem, rode through the night shouting, "The British are coming!". However, it is unlikely that these are the actual words that he called, as they presuppose that the inhabitants of the colonies already regarded themselves as something other than British.
4. General Cornwallis was a British General.

As the colonists advanced on the British, Cornwallis retreated. He then surrendered. The Americans had won the last major battle of the Revolutionary War!
5. What was the battle in which the colonists made a surprise attack at Christmas?

George Washington made a surprise attack on the British at Trenton. There is also a famous painting of George Washington crossing the Delaware.
6. Men who were ready in a minute's notice were called Minutemen.

When duty called, the minutemen would get ready in a minutes notice. They would grab their guns, and go off to fight.
7. What was the battle that was lost by the colonists? The colonists dug a fort on another hill, but the battle was called this.

Bunker hill was a battle lost by the colonists. It was the second battle of the war. The Battle of Bunker Hill was actually fought on a hill near it called Breed's Hill.
8. What was the last major battle of the American Revolution?

"Yankee Doodle" was a song that the British sang to make fun of the Americans. The colonists adopted it as a marching song.
10. What was the peace treaty that ended the war?

The Treaty of Paris of 1783 was signed in Paris in 1783. It said that the colonies would be free from England.
Source: Author peach12 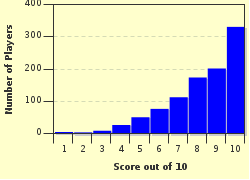 
Other Destinations
Explore Other Quizzes by peach12