Do you like playing with your food? Here are some questions about tossing and spinning pizza dough.

Quiz Answer Key and Fun Facts
1. Spinning the pizza dough not only looks like fun, it serves a functional purpose. Which of these is NOT a benefit of spinning the dough?

Not only is spinning the quickest way to stretch to the correct round size, but the airflow dries the dough. This makes it easier to handle, creates a crust where each piece is unique, and helps to crisp the crust.
2. Before we can start tossing, the pizza dough ingredients should be mixed and the dough allowed to rise. The objective is to create elasticity by developing what protein substance?

The gluten creates a gluey sticky substance that holds the dough together as it rises. Many recipes recommend using a high-gluten flour if the dough will be tossed. The dough could also be purchased ready-made.
3. The pizza dough has now completed the rise. The ball of dough should be pushed out to form a round of approximately ten inches. The temperature of the dough at this point is integral to tossing success, what temperature should it be?

The dough at this point should be room temperature, a chilled or cold dough will not respond as well. Once the round is created, the dough is tossed horizontally from fist to fist to "open" it up, with no spin, once it gets some size then it is spun and tossed overhead.
4. Now our pizza dough is ready for spinning and tossing. Use both hands to create the spin with a small push to get the dough in the air. It's up! How should your hands be formed to catch the dough?


Answer: curled, with backs up

This is actually an important step to practice and master. Until the catch is perfected, the dough could end up with many holes, and this makes the spinning very unstable or impossible. Once the dough has reached the desired size, it goes down on a sheet or peel for toppings and cooking.
5. Oops! If you're like me, the dough is now on the floor from our last attempt, and not too appetizing. What commonplace kitchen item has been recommended as a tool to perfect your technique before trying it with dough?

The wet, square kitchen towel resembles in weight and flexibility the spinning pizza dough. There were also suggestions for covering the floor with tablecloths before trying. I also found it interesting that there are several companies that sell plastic dough models that can be used for practice.
6. Now that I've been practicing my pizza dough spinning, I want to take it on the road and compete at the World Pizza Games. Which of these is a requirement for all of the competitions?


Answer: must currently work in, own a restaurant that makes pizza or be involved in the pizza industry

The World Pizza Games have been part of the International Pizza Expo hosted each year in Las Vegas. There are pizza contests, seminars, exhibits, etc., to promote the pizza business. When the acrobatic events started in 2005, they included only Individual Acrobatic, Fastest Dough and Largest Stretch.
7. Oh, I'm finally at the World Pizza Games and my turn for the Freestyle Acrobatic Dough Tossing is next! The judges will be looking at dexterity, difficulty, synchronization with my music, variety and creativity. Just how long can my routine be?

There can be up to thirty competitors in this event, so the amount of time for each is short. The judges will also be judging whether or not the dough is continuously spinning and transition of trick to trick.
8. Tony Gemignani has won many acrobatic pizza contests and appeared on many TV shows, including Food Network's "World Pizza Challenge". How did he get started tossing pizza?


Answer: entertaining children in a restaurant

Tony and his brother, Frank, opened Pyzano's Pizzeria restaurant in 1991. He started tossing to keep the children happy while the pizzas were being prepared and cooked. He has since won many awards for his acrobatic performances and has been inducted into the Guinness World Records.
9. Guinness World Records has several categories for acrobatic pizza records. From the list below, can you identify which is NOT one of those categories?

Ok, so who would want to eat a pizza that has been rolled across someone's shoulders, a table or the floor? And, taste can be subjective. So, there is no acrobatic pizza record for "Best Tasting Pizza".
10. Pizza tossing is not just for foodies! Studies have been done on the physics of pizza tossing to help in the design of standing wave ultrasonic motors, which behave similarly. Which of these was NOT one of the four phases of tossing used to define the pizza's motion?


Answer: height of the toss

The four distinct phases were determined to be: parabolic flight, impact, sticking contact and sliding contact. The studies were done by the MicroNanophysics Research Laboratory in Melbourne, Victoria, Australia. Just goes to prove that science can be fun!
Source: Author mlcmlc 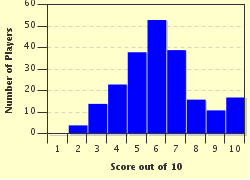 Related Quizzes
This quiz is part of series A few in Hobbies #1:

My quizzes in the 'Hobbies' category


1. Should I Bring a Gift? Easier
2. Playing for Pizza Average
3. Make Do and Mend Average
4. My Tomato Garden Average
5. The Chips of the Dessert Average
6. Is it 'More Than Pecan' or 'Icon Pecan'? Average
7. Word Play Easier
8. Paint a Picture? Easier
9. A Raw Deal Easier