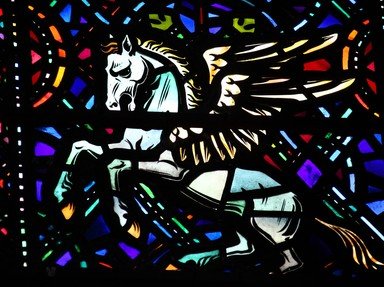 Riddle Me This - Mythology and Legends Quiz

This is a game of both logic and knowledge. This quiz requires knowledge of a variety of myths and legends. I hope you enjoy it!

Quiz Answer Key and Fun Facts
1. Child of legend Offspring of deceit Youngest of five Four brothers have I The eldest, noble and strong The second, comely and cruel, A unicorn killed he The last were killed unarmed Knights all the four, of renown And I, I am nothing Son of a king Who am I?

The first line is obvious: we're talking about a legendary character here. In most versions of the story, Morgause deceived Arthur about the fact that she was his sister. Traditionally, Mordred had four older brothers: Gawain, Agravaine, Gaheris, and Gareth. Gawain was known for his physical prowess and undying sense of honor. Agravaine, in many versions, killed a unicorn, which was considered to be an ill-omen. Both Gaheris and Gareth were killed by Lancelot in the knight's ill attempt at rescuing Guinevere. All the brothers were knights. And though Mordred was King Arthur's son, his father did not treat him as one.
2. Sing, O rage of darkness, child of a goddess My enemies are slain, their bodies for the birds My affection was given to he who rises from the ashes Achaean hero, mighty in battle, strong as a god A hero I lived, a hero I died, no regrets or so I thought Who am I?

Achilles' mother was Thetis, a minor goddess and Achilles is known for his anger, which is actually the subject of the first stanza of 'The Iliad'. Achilles slew countless enemies. Phoenix was a paternal figure for him; phoenixes are said to five hundred years and then come back to life on their funeral pyres. 'Achaean' is a term referring to the Greeks, and Achilles was famed for his might and strength.

When given the knowledge that he could either leave the battle and live to die in peace from age or fight the Trojans and die, Achilles chose the latter.

However, in Hades he lamented the choice, saying it would have been better to live and be a servant for a poor farmer than to rule over all whom death had crushed.
3. Twins were we Progenitors of an empire Abandoned were we Raised in the wild But no more are we For one of us slew the other Who are we?

According to legend, Romulus and Remus were twins abandoned at birth and raised by a she-wolf. However, when they returned to civilization and founded a city, they argued over whom to name the city after. Thus, they fought a duel to the death over the matter. Romulus won. Otherwise, the city would be Reme instead of Rome, which doesn't sound as good.
4. King, warrior, monsterslayer A Geat, son of Ecgtheow I slew the 'God-cursed brute' The 'Prowler through the dark' 'My flesh was not for feasting on' For I am, ------- the Great

Beowulf was a warrior-king, and slew three monsters: Grendel, Grendel's mommy (who was even nastier than her beastly offspring), and a dragon. He was also a member of the Geat tribe, the son of Ecgtheow (and no, I can't pronounce it either). Grendel was called both 'God-cursed brute' and 'Prowler through the dark' in various places of the poem.

At one point in the story, Beowulf proclaims that 'My flesh is not for feasting on'.
5. Rich-robber Poor-giver A wolfhead A bright bird Highway robber Mayhap lord's son ----- ----- is my name

He robbed the rich and gave the money to the poor. He had a bounty on his head and could be killed on sight, thus, was a wolfhead. A robin, of course, is a red bird, and it is believed that in actuality, Robin Hood was a highway-robber. In many versions of the legend he was a lord's son.
6. Crowned king of the Island. A lord of chivalry. My dragon flew over Every tower high and every battle. Light I was, but I knew darkness Only, and the Bear wept for This lost White Purity.

King Arthur was high king of all Britain, known for his laws of chivalry. His standard was a red passant dragon, which is still used today on the Welsh flag. Arthur was a beacon, or light, of hope and civilization (Remember "I am a civilized man' from 'Camelot'). For himself however, light often seemed very far away.

The name Arthur means 'bear' in Welsh. The last line refers to Guinevere, whom he lost both figuratively when she had the affair with Lancelot and literally when she left Camelot. The first element in her name means 'white' or 'pure'.

The poem is an acrostic for Camelot.
7. For twenty years I waited, Hoping, longing, praying For the gods to grant my wish: Home. I fought, and was victorious, Over all my enemies: The vile offspring of the Sea, Men The ceaseless raging Water And all who hindered me. I was victorious over them all. Who am I?

The Trojan War lasted ten long years, and the voyage home lasted another ten. The whole time, Odysseus wished to get home and see his wife and son, who had been an infant when he left. Known for his tactical expertise, Odysseus was always able to overcome his enemies, whether through physical might or, more often, through his intellectual prowess.

At one point, he and his men are captured by a Cyclops who happened to be the son of Poseidon, god of the sea. They were able to escape, but angered Poseidon in the process, who then used every method he could think of to prevent the Greeks from returning home.
8. The dragons fought 'neath the tower. Them I revealed; the king's fortress flowered. I am woodcutter, an ugly old man, A stag, a boy, a giant, seem these I can. I was the king's advisor, true. And a knowing prophet too. But now trapped for all time am I For I trusted her and she wished me to die. Who am I?

According to some stories, King Vortigern was building a tower, but the foundations kept falling apart. He was told he needed the blood of a fatherless child, which Merlin was said to be (Merlin was fathered by a demon). However, upon being brought to the tower, Merlin explained that the reason the foundations kept breaking was because two dragons were fighting beneath them. Merlin was also known for shape-shifting, alternating appearing to be an old man, young boy, a giant, and once, even appearing before Julius Caesar as a stag. Aside from being Arthur's advisor, Merlin was also a prophet, though in later stories this element was often played down. Finally, Merlin was locked in, depending on the version, a cave or tree or tower, by Nimue. Unfortunately, though Merlin loved her, Nimue didn't return the favor.
9. Amber, I was the king's daughter, but no more, For he is dead, and murdered. Revenge, We swore, my brother and I, Revenge against our mother and her lover. Furies Scream and fly and swoop, tormenting. But not me, no, only my brother. Goddess Athena spoke for him, defending his crime Which was right and good. Who am I?

The name Elektra means 'amber'. Elektra's father, Agamemnon, was murdered by his wife and her lover when he returned from fighting the Trojans. Years later, when Elektra's brother, Orestes, was a man, they decided to exact revenge for the crime. However, after they had carried out their goal, Orestes is tormented by the Furies, who punished those who committed crimes against family. For some reason, the Furies left Elektra alone. Finally, when Orestes is put on trial for killing his mother, the vote is tied. Athena breaks the tie by voting in favor of acquittal.
10. I was the best of them all. I was, until I fell, Was cast from my seat At the king's right hand. 'Twas my own fault. Yet I could not help it. She was worth the world To me. Who am I?

Lancelot was known for being the best knight of all, and King Arthur's closest friend. Until, that is, his disloyalty was discovered. Then both he and Guinevere were sentenced to death.
Source: Author FuzzyElf 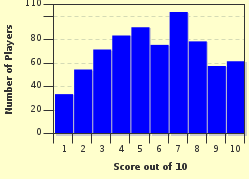 
Other Destinations
Explore Other Quizzes by FuzzyElf