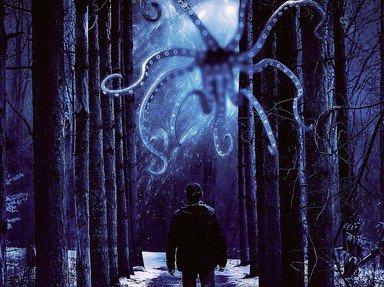 A brief, ten question quiz on HP Lovecraft's Cthulhu Mythos and some of his other works. Some are easy, and some are hard.

Quiz Answer Key and Fun Facts
1. What book, written by the Mad Arab, contained a great deal of information about the Mythos?

Though the Necronomicon was the correct answer, some others are in Lovecraft stories. The Pnakotic Manuscripts are mentioned, but never explained. "The King in Yellow" is a play that causes the reader to go insane, and a real book by Lord Dunsany. "The Seven Habits of Highly Effective Deep Ones" isn't.
2. What are the Old Ones?

The Old Ones once ruled the earth, but now are endangered or extinct. They star in "At The Mountains of Madness", and are mentioned in "The Shadow Out of Time".
3. In what sunken city does Cthulhu wait dreaming, dead but alive with his kin, until the stars are right?

R'lyeh lies in the Pacific Ocean, and will rise again when the stars are right. Cthulhu will then perform a grand resurrection, and the great old ones shall walk the Earth once more. Atlantis is a fictional sunken city, which does appear in a Lovecraft story. Fhtagn is a word chanted by Cthulhu cultists, and Y'hanilei is the city of the deep ones, also sunken.
4. Who is the Crawling Chaos?

Though Nyarlathotep first appeared in the story entitled the same as his name, the term "The Crawling Chaos" was used in "The Dream Quest of Unknown Kadath".
5. Who is the blind idiot god?

Azathoth is one of the most powerful entities in the universe. He is dumb, driven by only hunger and thirst, but check out his stats in "Call of Cthulhu". He is described in "The Dream Quest of Unknown Kadath", and mentioned in "The Haunter of the Dark".
6. In "The Quest of Iranon", where is Aira?


Answer: The imagination of Iranon

Iranon believes that he is a prince in this city, but he is only a beggar's son. He made up Aira as a child. After learning this from a shepherd, Iranon loses his eternal youth and kills himself.
7. Who was "Under the Pyramids" ghostwritten for?

This story was meant to be a real account written by Harry Houdini. Lovecraft, however, wrote a fantastic story about supernatural mummies in Egypt. To keep Houdini happy, he tacked on an "all a dream" ending.
8. What was the Necronomicon originally called, in Arabic?

The Necronomicon was translated into English by John Dee. That is the copy that exists at Miskatonic in Arkham.
9. What planet is Yuggoth implied to be?

Yuggoth is the home world of the mi-go, a race of aliens that can remove a brain and store it in a cylinder.
10. In "The Outsider", what is the monster that the narrator sees?


Answer: A reflection of himself

He lived alone in an abandoned mansion, having very little memory of the past. He had never seen himself, and always thought that he was like the humans he had read about.
Source: Author dtouiey 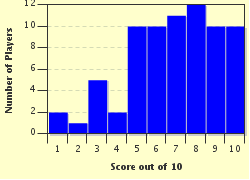 
Other Destinations
Explore Other Quizzes by dtouiey