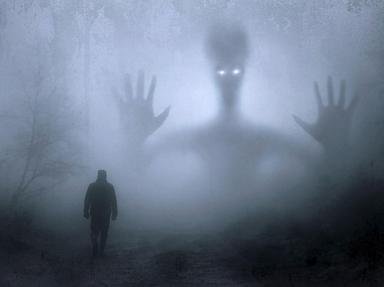 Will the real "The Stand" please stand up? Quiz

Can you spot the inconsistancies between Stephen King's "The Stand" the novel (uncut) and "The Stand" the television miniseries? Your job is to say whether the event took place in the book, the movie, both the book and the movie or in neither of them.

Share on Facebook
Share on Twitter
Share by E-Mail
Author
laughinggirl
Time
4 mins
Type
Multiple Choice
Quiz #
113,047
Updated
Dec 03 21
# Qns
10
Difficulty
Average
Avg Score
6 / 10
Plays
3262
This quiz has 2 formats: you can play it as a or as shown below.
Scroll down to the bottom for the answer key.

In the book there is that horrible scene where Frannie's mother treats Frannie very badly when she learns of Frannie's pregnancy. She is conveniently dead before the opening credits in the movie. In a sidenote concerning Frannie's pregnancy, while it was an important aspect of Frannie's character in both the book and the movie, it isn't mentioned until hour three of the miniseries.

It seemed to just come out of left field.
2. Frannie keeps a diary detailing the days after the superflu.

This diary causes much grief later on when Harold finds and reads it.
3. The Kid wreaks havoc as he makes his way towards Las Vegas.

Unfortunately for him, he met a rather untimely and gruesome death in the book. And, just as unfortunate an event in the movie, he never made it in.
4. After the superflu decimated the numbers of New York, Larry fled the city with Nadine.

He met up with her at the park after the monster-shouter had died on the steps. In the book he met up with the older socialite, Rita, and they left together. Rita met an untimely death when she overdosed on pills.
5. Teddy Weizak was killed by the bomb that also killed Nick and Sue Stern.

In the book, Teddy did indeed die a horrible death. However in the miniseries, Teddy (who coincidentally was played by Stephen King) lived through to the end.
6. In both the book and the movie, Frannie's pre-superflu boyfriend was named Phillip.

In both the book and the movie, poetic Jess was Frannie's boyfriend.
7. We never actually get to meet Jess, Frannie only mentions him.

In the movie, Frannie only mentions him when she is talking to her father.
8. ONLY in the novel, Tom and Nick hide out in a cellar to wait out a tornado.

This scary little episode never made it into the movie.
9. Stu is from Arnette, Texas.


Answer: both the book and the movie

Stu, the first main character we meet, is from the little town of Arnette, Texas in both the book and the movie.
10. Stu and Frannie name their newborn girl Abagail.

In the book Frannie has a boy who they name Peter, after Frannie's father. In the movie, the child is now a girl, and they name her after Mother Abagail. Though biologically the baby wasn't Stu's he considered it his.
Source: Author laughinggirl