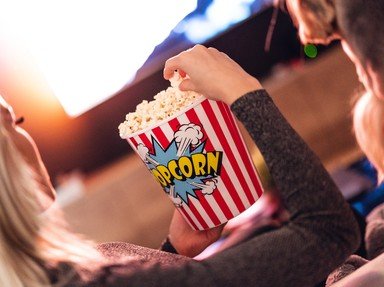 This quiz is all about the 1972 Bruce Lee martial arts film. It is about a young man named Chen Zhen, who seeks vengeance for his recently murdered teacher. Enjoy the quiz!

Quiz Answer Key and Fun Facts
1. Despite the doctor saying that Chen's teacher died of pneumonia, the actual reason was far more sinister. How was the master of the Ching Woo school actually killed?

When Chen inquired as to the reason for his teacher's death, the other students informed him of what the doctor said. Chen remained highly skeptical, stating that the master was healthy and there was no way he could have died of pneumonia. The men responsible for it were two treacherous students. They placed the poison into the master's favorite biscuits.
2. During the master's memorial service, the translator to the Japanese consulate, Mr. Woo, arrived at the Chinese school to give them a message. The message was in the form of a framed piece of calligraphy. What was the gist of the message?


Answer: A warning to shut the school down

At the Chinese master's memorial service, during the moment of silence, the Japanese entourage arrived. It comprised of the Japanese translator and two high-ranking students of the Japanese Bushido school. They gave them the warning that trouble would come if they wouldn't shut down.

The Japanese wanted to fight the best fighters at the school, but because of what their teacher taught them, they did not. Chen did not take it lightly and later retaliated for that insult.
3. To retaliate for the offensive entrance of the Japanese, Chen traveled to the Japanese dojo to return the disturbing calligraphy. The entire school challenged him to a fight, as a result, and Chen defeated them all. How did he end up defeating all of them?


Answer: He used his nunchuks on their feet.

The first two people Chen fought were the two fighters brought to the Chinese school with Mr. Woo. He defeated them with no difficulty. Under orders, the entire school ganged up on Chen. He still managed to keep them off, but could not put them down permanently until he pulled out his trusty nunchuks.

After taking his chosen weapons, he started using it on people's heads and then proceeded to smack their feet. All of the fighters dropped to the ground, when all of a sudden, the instructor tried fighting Chen.

He did not fare well either as he ended up passing out, on the floor. Immediately before leaving, Chen forced two of the bad guys to eat the calligraphy.
4. Before his discharge from his Kung-Fu school, Chen wanted to go to the Japanese Consulate to try and end the constant attacks. He wasn't permitted to enter because of a sign that hung on the wall, near the gate. What did the incredibly offensive sign say?


Answer: No Dogs and Chinese Allowed

After being refused entrance by the gatekeeper, Chen was mocked by a Japanese man. Chen beat him up, and then beat another two Japanese tormenters. After defeating them, he unhinged the sign and then did a jump kick to destroy the sign. When the film was still in Chinese theatres, people gave a standing ovation, when Chen destroyed the sign.
5. After the Japanese men arrived at the Ching Woo school to retaliate for Chen's actions, they made the school an offer. What did the Japanese men offer?


Answer: To hand Chen over, or have their school closed and all of its students arrested.

To retaliate for Chen's tremendous victory in their school, the Japanese students traveled to their rival school and beat-up everyone. They ransacked the place, destroying priceless art and martial arts' relics, before they tried to destroy the master's shrine.

They stopped and then told the current leader of the school to turn over Chen, or be arrested and close the school in three days time.
6. The night before Chen was to leave Shanghai, he overheard a disturbing conversation between two people. It turned out that the killers were people from his school. One was just a student, and the other was the brother of the Japanese school's instructor. What was his job?

The two murderers were named Tien and Feng Kwai-Sher. Tien was the brother of the Japanese bushido instructor and Feng was just a random student working under Japanese orders. It turned out that the two men were the ones who poisoned the school's master by placing poison in the master's favorite biscuits. Chen killed both of them and hung them on a nearby street-lamp.
7. According to the Japanese master, a new fighter named Petrov went to their school because he was kicked out of his old one. What country was the man from?

Petrov was expelled from his school in Russia for unspecified reasons, but he did seem to be a valuable addition to the Japanese dojo. He showed off his talents when Chen was in disguise. Petrov had the uncanny ability to bend iron rods, and drive nails into a wooden board using only his bare hands.
8. To gather some intelligence on the Japanese, Chen disguised himself as several different things. Which of the following was not one of his disguises?

Chen's first disguise was as a taxi driver. He carried the drunk Mr. Woo to a dead-end and then killed him after learning that the Japanese wanted him dead. His second disguise was a newspaper salesman. He did that job in front of the Japanese school, so he could overhear what the police officers were saying.

The police were saying that Chen couldn't be convicted for assault without any proof. Chen's final disguise was as a telephone repairman. He used it to go into the Japanese martial art school and learn what he could.

He discovered the superhuman strength of Petrov and he learned that the club's master and the club's instructor were conspiring to kill him and his entire school.
9. When Chen went to the school for the third and final time, he ended up killing all of the students. Petrov thought he was up to the challenge, but he suffered a painful death, via a strike to the throat. How was the master, Mr. Suzuki, ultimately defeated?


Answer: Jump kicked in the throat and sent out a door

After Petrov's effortless defeat, the master was slightly scared. He knew that he had no chance against Chen without a weapon so he went into his house and took out his samurai sword. He was waiting for Chen, and then planned to kill him as he went by. Suzuki missed the opportunity and ended up getting into a real fight.

The first portion was comprised of Chen dodging a lot of attacks, before he launched some confetti at the master. With that, Chen took out his trusty nunchuks and beat the master badly enough to make him drop his sword. Chen resorted to hand-to-hand fighting to defeat Suzuki and finally ended the fight when he did a jumping kick that landed in the throat of Suzuki.

The master was launched ten feet back, through the doors into the courtyard before he gazed at Chen and then died.
10. What happened to Chen, to end the film?


Answer: He ran at a line of police gunmen, and he got shot.

After arriving back at his school to find his friends dead, Chen overheard several of the survivors talking to the police. When he overheard his name, put next to the word "coward", Chen revealed himself. Chen said that he'd give himself up if the police would leave the school alone.

The chief of police agreed to the deal. Instead of the shame of suffering in prison, Chen honourably charged towards a line of armed officers. The scene paused as Chen jumped, but many gunshots were still heard implicating the fate of the valiant Chen.

In reality, one of the shooters purposely tried to kill Bruce Lee. He had a loaded weapon, and hit Lee but he recovered from the wound. A similar event occurred to his son, Brandon while filming "The Crow". Brandon was shot with what was supposed to be a gun loaded with blanks. Unlike his father, he never recovered from the injury.

He was officially pronounced dead on March 31, 1993, just less than 20 years after his father.
Source: Author Bruce007