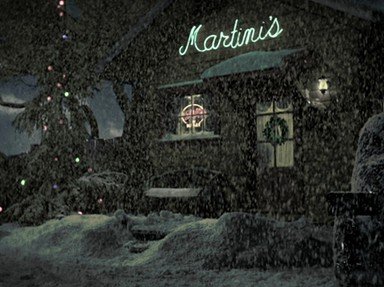 'It's a Wonderful Life' - The Characters Quiz

In this quiz, each character from the classic film 'It's a Wonderful Life' will introduce him or herself, giving you a few hints along the way as to who s/he is. Good luck!

Quiz Answer Key and Fun Facts
1. Some folks in Bedford Falls call me miserly, others just call me evil. George Bailey goes so far as to call me a 'warped, frustrated old man'. All of that may be true, but I'm still the richest man in town! What is my last name?

Mr. Potter, the stingy old miser that owns the largest bank in Bedford Falls, is played wonderfully by Lionel Barrymore. Lionel Barrymore appeared in one previous film with director Frank Capra and actor James Stewart, namely 'You Can't Take It with You' (1938).
2. Gee, I don't know what to say! I'm just a cab driver in our little town; got a wife and a couple of kids at home. One of America's most celebrated muppets is named for me. What is my first name?

Ernie Bishop is played by actor Frank Faylen. Along with Bert, the policeman, he makes up part of a pair of characters whose names were famously adopted for the 'Sesame Street' characters Bert and Ernie.
3. I'm the prettiest girl in town, maybe a little too pretty. I flaunt myself in front of all the boys in a way that other women find immodest. In the film, I borrow money so that I can leave the dumpy little town of Bedford Falls for New York City. What is my full name?

Violet Bick is portrayed in this film by the gorgeous Gloria Grahame. Violet Bick is depicted as the rival to Mary Hatch for the love of George Bailey. Despite George's attraction for Violet, he eventually settles down with 'the girl next door', Mary.
4. I'm a stumbling, bumbling (but very loveable!) angel who has not received his wings. I enjoy mulled wine, though I'm not supposed to drink on duty. Despite my somewhat clumsy nature I have a simple, yet profound philosophy. What is my name?

Clarence Oddbody is the full name of this angel, played by the charming Henry Travers. Though Clarence is presented as relatively simple-minded, he delivers several of the most profound lines from the movie. His best line: 'Strange, isn't it? Each man's life touches so many other lives. When he isn't around he leaves an awful hole, doesn't he?'
5. (With Italian accent) You see, my best friend is Mr. Bailey, he helped me and my family to buy a home. We give him a bottle of wine in return to show our appreciation. Come down to my bar, I give you free drink! What is my last name?

Mr. Martini, who claims George Bailey to be his best friend, is played by William Edmunds (who was indeed born in Italy, despite his anglocized name). It is in Martini's bar that George Bailey prays for help, and receives it later on in the form of clumsy, cuddly Clarence.
6. My philosophy is very simple. Each man works hard in order to eventually have the money to put a roof over his family's head. I started the Building and Loan in order to help the men of Bedford Falls achieve their dreams. My brother's name is Billy. What is my given name?

This one may have been a bit tough if you didn't know that the father of George and Harry Bailey is named Peter Bailey. However, the hints in the question, namely that he founded the Building and Loan, and that his brother is Uncle Billy, should have helped. Incidentally, Peter Bailey is played in the film by Samuel Hinds, while Uncle Billy is played by Thomas Mitchell.
7. I get sick because I don't wear the right clothes for winter. My daddy puts me to bed and takes the petals from my flower. Later, I tell my daddy that 'every time a bell rings, an angel gets his wings'. What is my first name?

Zuzu is the the second youngest child of George and Mary Bailey (in age order: Peter, Janie, Zuzu, Tommy). Zuzu was played by Karolyn Grimes, a child actor of the 1940s and 50s.
8. Hee Haw! As a youth, I'm great pals with the Bailey boys. Later, I go into the plastics industry with my dad, becoming quite a wealthy man. I don't forget my roots, however. When my Bedford Falls pals need me, I'll be there for them. What is my full name?

Sam Wainwright's catchphrase is 'Hee Haw!', he says it several times throughout the film. Frank Albertson, a popular character actor, plays Sam in 'It's a Wonderful Life'.
9. I'm the mother of four children. My home is the formerly run-down house on 320 Sycamore Street in Bedford Falls. One of my favorite songs is 'Buffalo Gals'. What is my first name?

Mary's maiden name is Hatch, but her married name is, of course, Bailey. Mary is happily married to George Bailey in the film, and they have the four children mentioned above. One of America's biggest sweethearts, Donna Reed, plays Mary in the film.
10. Well, I don't know what to say. You see, I'm just a humble man who works at the old Building and Loan my father started. I'd love to go travel the world, see the Egyptian pyramids and such, but my responsibilities in Bedford Falls keep calling me back. In the end, though, I find out what a wonderful life I have in this rickety old town. What is my first name?

George Bailey is, naturally, played by All-American actor James Stewart. One of America's most beloved movie characters, George Bailey also happens to be the personal favorite of Mr. Stewart.

I hope you enjoyed this quiz, thank you for playing.
Source: Author thejazzkickazz 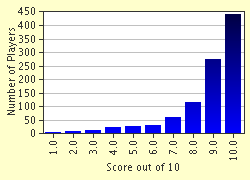 Related Quizzes
This quiz is part of series Golden Age of Hollywood:

Five of my favorite classic movies.


1. All About The Movie 'Casablanca' Average
2. Gone with the Wind Easier
3. The Wizard of Oz Average
4. Rebecca Average
5. 'It's a Wonderful Life' - The Characters Easier

More It's A Wonderful Life . Quizzes