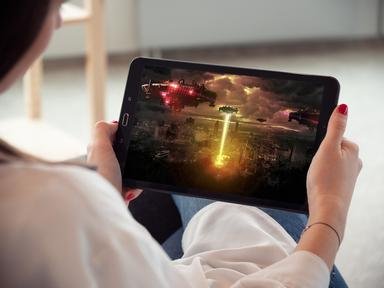 How much do you know about Rear Window? | Quiz

Questions relating to the characters and plot of one of Hitchcock's greatest films. Give it a whirl and tell me what you think.


Answer: We are never told

James Stewart is called either Jeff or Mr. Jeffries. The names corresponding to his initials are never revealed (when considering how other characters address him directly); in fact, outside of him identifying himself to Mrs. Doyle and the Doyle's babysitter, (both well later into the film), the only reference to his full name is the text on his cast early in the film.
2. In the beginning of the film L.B. Jeffries has a broken leg. How did he suffer that injury?


Answer: Photographing a crash at a race track

At the beginning of the film, as the camera pans across his apartment, you can see two photos taken at a race track chronicling a horrific crash, along with a broken camera.
3. What is the middle name of Grace Kelly's character?

Her entrance is one of the most famous shots in cinema history. Even today she is still one of the most beautiful women ever in film.
4. What is Lisa Fremont's occupation?

Although her exact title is never mentioned, it is inferred through her recounting of her day's activities with Jeff that she is involved with the high fashion industry.
5. The plot centers around Lars Thorwald and his missing invalid wife. What is her first name?

We learn her name from the posrtcard found by Lt. Doyle when he first investigates her disappearance.
6. In which city is the story based?

"Vertigo" is set in San Francisco; "Rope" was based on the Leopold and Loeb murder in Chicago; and the climax of "The 39 Steps" occurred in London.
7. After Mrs. Thorwald's murder, Jeff calls Lt. Thomas Doyle to inform him of her questionable disappearance. How did they come to know each other?


Answer: They were in the military together during the war

When Stella expresses concern about Jeff calling the police, he replies that it is a call to a guy he served with in the war. This fact is later confirmed when Doyle asks Jeff sardonically "How did we ever get along in that plane for three years?"
8. How many rings did Mrs. Thorwald have in her jewelry collection?

Jeff recalls for Lisa and Stella that Thorwald removed three rings from a handbag: one with a large diamond, one with a colored stone, and a plain gold band.
9. In which precinct is Lt. Doyle assigned?

Jeff specifies the precinct to connect to for the operator when first calling Doyle.
10. What do Stella and Lisa find when they dig up Lars Thorwald's flower bed?

At the end of the film Stella inquires about what was initially buried there. Although we are never told what was actually buried, we find out from a policeman that Thorwald dug up the object and placed it in a hatbox back in his apartment.
Source: Author southpaw0869 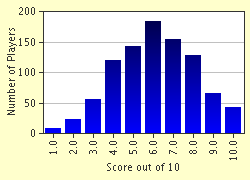 
Other Destinations
Explore Other Quizzes by southpaw0869