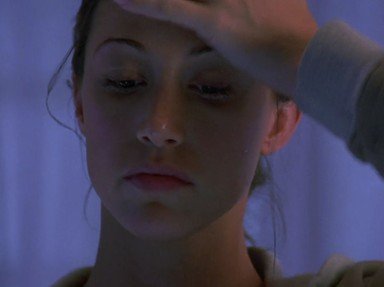 The Ghosts of "Thir13en Ghosts" Quiz

This quiz tests your knowledge of "The Ghost Files", a bonus feature of the "Thir13en Ghosts" DVD. For each question I'll give a name that one of the ghosts used in life and you tell me who they became in death.

Quiz Answer Key and Fun Facts
1. He went by the name of Royce Clayton, until he was burned alive in a car wreck. Which ghost did he become in the afterlife?

In 1953, Royce was the star player for his High School baseball team, which many felt was his ticket out of his small town. All that changed the night he crashed his car during a drag race.
2. Before committing suicide, she was known as Dana Newman. Which ghost did she become?

Dana was obsessed with perfection. Unable to see her own beauty, she worked for a cosmetic surgeon and was paid in unnecessary operations and procedures. Alone one night in the office, Dana tried performing laser surgery on herself and was left blind in one eye.

It wasn't long after that a depressed Dana took a kitchen knife and mutilated her body while in the bath, cutting herself until she bled dry. They say she was as beautiful in death as she was in life.
3. Horace 'Breaker' Mahoney, was a seven-foot tall serial killer, who would literally rip his victims apart with his bare hands. Which ghost did he become?

Breaker would tow stranded motorists back to his junkyard and brutally murder them, "breaking them into as many pieces as possible", hence the nickname. When the local authorities finally tracked him down, the immensely powerful killer would not come quietly and was impossible to subdue physically.

The police were forced to open fire on Breaker, unloading 50 rounds before he went down. Then they emptied a full clip into his dead body, just to be safe.
4. Until his run in with the mob, he was known as Jimmy 'The Gambler' Gambino. Which ghost did he become?

Jimmy, a compulsive gambler and con artist, made the mistake of placing a large bet he couldn't cover with a known gangster. When it came time to pay up, Jimmy didn't have the cash. As a message to anyone else who tried to stiff the mob out of their money, Jimmy was cut up into several pieces, wrapped in cellophane and dumped into the river.
5. In life, Susan LeGrow had it all: beauty, brains, and a boyfriend who'd rather see her dead than in the arms of another man. Which ghost did she become?

A cheerleader and prom queen, Susan was an all-American girl. She was also a love 'em and leave 'em kind of girl. A philosophy she would live to regret when she was caught making out with another guy by her date, Chet Walters at a post-prom party. Susan was found a few days later, buried beneath the fifty-yard line of the High School's football field, a tie wrapped tightly around her neck.

When asked why he did it, Chet replied, "She broke my heart, so I broke her neck."
6. Billy Michaels never listened to his mother, which is probably why he was nicknamed 'The Brat' by his father. Which ghost did he become?

Seven-year-old Billy loved dressing up like the cowboys he saw on television - his favourite game, of course, being Cowboys and Indians. So when a neighborhood boy found a bow and arrow set in his house he challenged Billy to a duel. Unfortunately, neither boy realized the arrows were real and capable of killing someone.
7. Once a happy and honest blacksmith, George Markley met his end in a twisted type of frontier justice. Which ghost did he become?

A blacksmith in the 1890s, George was wrongly accused of stealing, by a local man named Nathan. When asked to leave town, George refused, believing it would be an admittance of guilt. Enraged by the false accusations, George went after Nathan and his cronies.

The events that followed left 4 people dead. As for George, he was dragged back to his blacksmith's shop by the townsfolk, where nails were driven through his body, and his hands, a blacksmith's most prized possession, were chopped off and left for "the crows to peck".
8. Ryan Kuhn had himself committed to the Borehamwood Asylum, when he declared himself a danger to society due to his insatiable appetite for attacking and biting women. Which ghost did he become?

Years in a straightjacket caused Ryan's limbs to stretch and twist grotesquely. Isolation and confinement eventually led to Ryan hating any type of human contact, screaming when anyone came near him. One night a fire broke out in the asylum, everyone escaped except for Ryan who ran away from his rescuers and towards the fire shouting, "keep away".
9. Accused of practicing witchcraft, Isabella Smith was sentenced to death in the stocks. Which ghost did she become?

Isabella grew up an orphan in England. As an adult she decided to journey across the Atlantic to the new colonies, in hopes of a better life. Unfortunately, she didn't quite fit into the small tight-knit community where she'd settled. Accused of witchcraft by the local preacher, she was sentenced to death in the stocks. Isabella was displayed in the center of town, where men women and children where encouraged to taunt and humiliate her, until she eventually starved to death.
10. A loving wife and mother, Jean Kriticos's life was cut short by a house fire. Which ghost did she become?

Jean is the least malevolent of all the ghosts trapped in Cyrus Kriticos's glass house. Wife to Arthur, and mother to Kathy and Bobby, Jean does her best to protect her still living family from the violent entities that inhabit their new home.
Source: Author faithblack 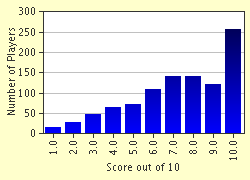 
Other Destinations
Explore Other Quizzes by faithblack