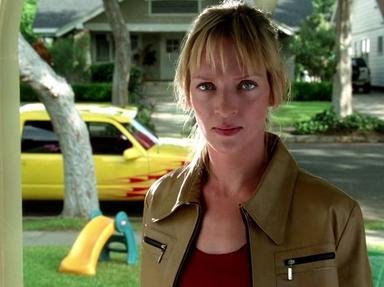 Quentin Tarantino's long awaited two-part saga, that of "Kill Bill Vol. 1" and "Kill Bill Vol. 2" are, in my opinion two of the best movies made in the past 10 years. Just how much do you know about them?

Carradine has previously starred in the movies "Circle of Iron", "Cannonball" and the TV series "Kung Fu".
2. As with many Tarantino movies, Samuel L. Jackson makes an appearance. What character does he play?

Playing the character of Rufus the organ player in "Kill Bill 2", Jackson has also starred as Jules Winnfield in "Pulp Fiction" and as Ordell Robbie in "Jackie Brown".
3. What is the name of the legendary Samurai sword maker who helps Black Mamba out in her quest to kill Bill?

Hattori Hanzo, yet another character betrayed by Bill, is played by the actor Sonny Chiba.
4. Besides Black Mamba, what are the codenames of the members of Bill's Deadly Viper Assassination Squad?

All of these codenames are breeds of snakes, and were originally the names of members of the Serpent Society, featuring in the "Captain America" comic books.
5. The Bride (A.K.A. Black Mamba) takes revenge on two members of the Deadly Viper Assassination Squad in the first movie. The first is O-Ren Ishii and the second is Vernita Green. How is O-Ren Ishii killed?

Beatrix/The Bride/Black Mamba finally kills O-Ren Ishii after getting past the Crazy 88, one of the most impressive scenes of the whole movie. Although in the movie we see Vernita Green killed first, O-Ren Ishii was actually the first killed; a common trick of Tarantino's to switch back and forth through time throughout his movies.
6. What is the name of the truck that Black Mamba steals from Buck, the hospital worker that "took care of her" while she was in a coma?

In order to get revenge on Buck for prostituting her while she was in a comatose state, Beatrix crushes his head with a metal door.
7. The yellow jump suit that Black Mamba wears for the majority of "Kill Bill" is the same as the jump suit worn by which legendary Kung Fu actor in his last ever movie?

The movie in which he wore the same suit as Uma was "Game of Death". Although Lee appeared in the beginning of this movie, it was infact a body double who played him for the majority of the film, as he died shortly into the filming process.
8. For how many years was Black Mamba in a coma?

Just after falling into her comatose state, Elle visits the Bride in hospital, with the intention to kill. However, after a brief conversation with Bill, Elle is convinced to leave her and allow her to take her revenge when she awakes.
9. "She may be young, but what she lacks in age, she makes up for in madness." About whom is the Bride talking when she says this?

At the tender age of 17, GoGo is not only the personal bodyguard of O-Ren Ishii, but is also a general in the Crazy 88.
10. Who utters this memorable line from "Kill Bill Vol. 2"? "Gargantuan. You know I've always liked that word gargantuan, and I so rarely have an opportunity to use it in a sentence"?

This is my favourite line from both movies, and is said by Elle while she is talking to Budd in his trailer. At the time, he is slowly dying after being bitten by a Black Mamba (the snake, not Uma Thurman!)
11. At the beginning of "Volume 2" Black Mamba introduces Bill to her friends as what member of her family?

Bill is actually an ex-lover and ex-boss of Beatrix's.
12. The character of Pai Mei in "Kill Bill Vol. 2" is a master Kung Fu trainer who trained both Black Mamba and Elle, as well as Bill himself. What does the name "Pai Mei" mean?

Pai Mei actually originates from Kung Fu movies made by the Shaw Brothers in the 1970s and 80s, including the movie "Fist of the White Lotus".
13. Black Mamba and Bill have a daughter together that Black Mamba is left unaware of until the end of "Volume 2". What is her name?

The existence of B.B. was kept from Beatrix until the very end of "Kill Bill Vol. 2". Black Mamba thought that her baby had died while she was in a coma, after being shot in the head by Bill.
14. Which of these actors plays the leader of the Deadly Viper Assassination Squad?

David actually played the title character of Bill. He is the brother of the Deadly Viper Assassination Squad member, Budd.
15. Throughout the two movies, whenever Black Mamba's name was said by someone, it was bleeped out. However, towards the end of the second movie we found out her real name. What is it?

The part of Beatrix Kiddo was played by Uma Thurman, who also starred in Tarantino other masterpiece, "Pulp Fiction" as Mia Wallace.
Source: Author freddy_krueger 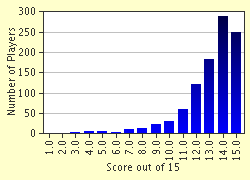