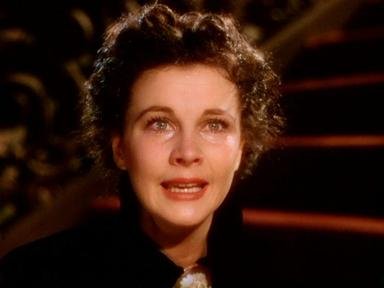 Who Played Me in "Gone With the Wind"? Quiz

In this quiz, I will describe a character from the film, "Gone with the Wind" and you tell me who played him or her. Good luck!

Quiz Answer Key and Fun Facts
1. I portrayed the man who Scarlett was in love with, but I had a thing for my cousin. Who am I?

Howard, born on April 3rd, 1893, in London, England, was cast in the role of Ashley Wilkes. Scarlett was obsessed with Ashley but he loved his cousin, Melanie. He later married Melanie but was torn by his own obsession with Scarlett. Ashley was never sympathetic to the North (this film took place during The Civil War and told from the perspective of the South) and loved the peaceful life at his estate, Twelve Oaks.

While Ashley loved the South, he hated war as well as the Confederacy but fought out of loyalty. Ashley liked the slaves on his plantation a lot and even claimed he wanted to free them. Ashley returned home, near the end of the movie, after he fought in the war but he was never the same again. Howard was in the movies, "Common Heritage", "49th Parallel", and "Berkeley Square".
2. My character was the servant at the O'Hara's home and often was the voice of reason for Scarlett. Who am I?

McDaniel, a native of Wichita, Kansas, landed the role of Mammy for "Gone with the Wind". Mammy had a knack for being outspoken and spoke her mind at many times. She told Scarlett about how, at times, she never acted like a lady, such as before the party in which Ashley planned to announce his engagement to Melanie. Mammy had a soft spot for Scarlett and comforted her when she had problems with Rhett, as well as if she ever got sick, or her child had health problems.

The O'Hara family loved Mammy and treated her very well. McDaniel had roles in the films, "Mickey", "The Flame", and "Three is a Family".

She won an Academy Award for Best Supporting Actress for her role as Mammy in "Gone with the Wind". She was the first African American to win an acting Academy Award.
3. I played a man that Scarlett fought with, constantly, but she loved me a lot and kissed me while Atlanta burned. We married. Who am I?

Gable, born in 1901 in Cadiz, Ohio, got the part of Rhett Butler. Rhett was first seen at a party and Scarlett found out he was from Charleston. Rhett stated, on many occasions, that the South could not win a protracted war against the North, since the North had more resources. We found out that Rhett was expelled from West Point and had a reputation of being a black sheep. Rhett and Scarlett clashed, on many occasions, but they fell in love with each other and had one child, Bonnie.

At the end of the film, Rhett left Scarlett and she asked him what she should do. That was when he uttered the famous line, "Frankly, my dear, I don't give a damn." (This quote was rated the most famous and memorable movie line by the American Film Institute in 2005). Gable played characters in the movies, "Band of Angels", "Teacher's Pet", and "But Not for Me".
4. My character was Scarlett's only child. Who am I?

King was cast as Bonnie Blue Butler for this film. Bonnie was Scarlett's only child and Rhett was her father, and they were thrilled to welcome her into the world. After Rhett and Scarlett had Bonnie, Scarlett told Rhett she did not want anymore children. Bonnie had the attitude of a spoiled brat and seemed to get everything she wanted.

At one point, Rhett took her on a trip to London and, in one scene, she screamed when it got dark outside, since she was afraid of the dark. Bonnie got into a riding accident when she fell off her pony.

The doctor tried to do everything he could but she died at a young age. Her death drove Rhett and Scarlett further apart. King's first acting credit was a role in the movie, "Blondie Meets a Boss". She also provided her voice for a character in the Disney animated classic, "Bambi".
5. I portrayed Ashley's cousin. Even though Scarlett slapped many people, she never slapped me! Who am I?

Miss de Havilland, born on July 1st, 1916, in Tokyo, Japan, played Melanie Hamilton. Melanie was born around 1844 and her family tended to marry with the Wilkes' family, but that practice of inbreeding led to problems. Nevertheless, Melanie became engaged with her cousin, Ashley, and she never knew, at first, that Scarlett wanted to marry Ashley for herself. Scarlett always felt that Ashley would prefer her to Melanie but Ashley wanted Melanie. Ashley and Melanie married on April 30th, 1861. When Melanie was in Atlanta, she heard that her brother died after he contracted measles and then had pneumonia. Olivia de Havilland guest starred on the TV series', "The Love Boat", "North and South, Book II", and was in the television mini-series, "Roots: The Next Generation".
6. I pursued Ashley but eventually fell in love with Rhett. Who am I?

Leigh, born in India, portrayed the iconic Scarlett O'Hara. Scarlett had a penchant for getting into trouble and for also being a scheming vixen. Midway through the film, Scarlett was in charge of those who worked on Tara and she became a very strict boss and made people work for many hours in the hot sun.

Despite how Scarlett wanted Ashley Wilkes, it was Rhett who stole her heart. Scarlett was overjoyed when she gave birth to a baby girl, Bonnie Blue Butler, but depressed when Bonnie died from a horse riding accident.

At the end of the film, Rhett and Scarlett fought and Rhett left. Scarlett figured that Rhett would come back and she said to herself, "After all, tomorrow is just another day." Leigh had roles in the movies, "Ship of Fools", "The Deep Blue Sea", and "Waterloo Bridge".

In 1940, Leigh won an Academy Award for Best Actress in a Leading Role for her role of Scarlett O'Hara in "Gone with the Wind". Other Oscar nominees for Best Actress in a Leading Role that year were Bette Davis for "Dark Victory", Greer Garson for "Goodbye, Mr. Chips", Irene Dunne for "Love Affair", and Greta Garbo for "Ninotchka".
7. As Ashley's sister, I often rivaled with Scarlett, especially since Scarlett went after my man, Charles Hamilton. Who am I?

Rhett, born in 1915 in Savannah, Georgia portrayed India Wilkes in "Gone with the Wind". India had a relationship, with Charles Hamilton, but they broke up. She really came to dislike Scarlett even more than she already did, once Scarlett married Charles Hamilton.

India, and most everyone else, assumed Charles would marry someone else. In Atlanta, India lived with Ashley and Melanie and still continued to hate Scarlett. Scarlett referred to India as an "old maid". Rhett's first acting credit was as India Wilkes in "Gone with the Wind".
8. I was Scarlett's mother. Who am I?

O'Neill was cast as Ellen O'Hara. Ellen was married to Gerald O'Hara and they had three daughters: Scarlett, Suellen, and Carreen. We learned that Ellen was a descendent of the Robillard family. Even though Ellen was Gerald's wife, she wanted to be with her cousin, Phillippe, but her father forbade her to be in a relationship with Phillippe. Since she could not be with Phillippe, Ellen spent her time tending to Tara and also counseling her daughters. Ellen died, in the film, and this was something that upset Scarlett, since she was close to her mom, despite all their fights. O'Neill guest starred on the TV shows, "Studio One", "The United States Steel Hour", and "The Philco Television Playhouse".

In 1941, O'Neill received an Academy Award nomination for Best Supporting Actress for the film, "All This, and Heaven Too", but she lost to Jane Darwell for "The Grapes of Wrath".

Other Oscar nominees for Best Supporting Actress that year were Marjorie Rambeau for "Primrose Path", Judith Anderson for "Rebecca", and Ruth Hussey for "The Philadelphia Story".
9. I was Scarlett's father. Who am I?

Mitchell, born on July 11th, 1892 in Elizabeth, New Jersey portrayed Gerald O'Hara in "Gone with the Wind". Gerald was very loyal to the Confederacy, during The U.S. Civil War, but he did not serve in combat. We learned that Gerald emigrated to the United States, from Ireland, when he was a young man. Gerald had a lot in common, with Scarlett, since he was strong willed, liked to drink, and he was also selfish. Scarlett learned to love the South and the plantation, Tara, through Gerald, her father. Mitchell starred in the films, "Too Young to Love", "By Love Possessed", and "Handle with Care".

Brooks, a native of Los Angeles, California played Charles Hamilton in "Gone with the Wind". Charles married Scarlett, first, and he loved her but she did not love him. Charles was easily intimidated and did not have enough spunk or passion for life to please Scarlett. Charles went off to fight, in the war, but he did not make it back alive, dying of illness before he saw any action.

While Scarlett was a widow, due to Charles' death, she wore nothing but black. Frank Kennedy was the second man to marry Scarlett and Rhett Butler was the third man to marry her. Brooks had guest starring stints on the TV series', "Adam-12", "Bonanza", and "Gunsmoke".
Source: Author CAGuy0206 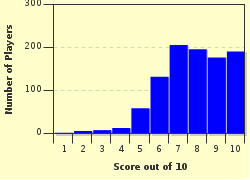 More Gone With The Wind . Quizzes