Can you identify how these famous warriors died? I will provide their name, you simply choose the manner of their death.

Born around 406 AD he died in 453 AD aged about 47. He is believed to have died on his wedding night from a nosebleed. (I'm sure the alcohol he had imbibed had something to do with it). It is also rumoured that his new wife poisoned him.
2. Alexander the Great.

Born November or December 1431, his father was Vlad Dracul. He died towards the end of December 1476. He is supposed to have been killed by a Turkish assassin posing as a servant, but may have been killed by his own men, whilst disguised as a Turk. His head was displayed on a pike in Constantinople.
4. Giuseppe Garibaldi.

Born July 4th 1807 AD died June 2nd 1882 AD. He conquered Sicily and Naples in 1860 and handed them to King Victor Emmanuel II as a reunited Italy. He died a peaceful death.
5. William the Conqueror.

William I was born in either 1027 or 1028 AD and died September 9 1087 AD. During the Battle of Mantes in Normandy he was thrown against the pommel of his saddle. The impact was so violent it burst his intestines, and he died 5 weeks later.
6. Hernando Cortes.

Hannibal, son of Hamilcar Barca, was born 247 BC and died 182 BC. He took poison, which he habitually carried for this reason, when the Romans demanded his surrender as a condition of peace.
9. Sitting Bull.

Born Tatanka Iyotake, of the Hunkpapa Lakota tribe in 1831 AD he died December 15 1890 AD. Fearing he would join the 'Ghost Dancers' a group commited to ridding the coutry of the 'Whites', the Lakota police were sent to arrest him. His supporters resisted and during the struggle, Sitting Bull was shot and killed.
10. Richard I.


Answer: Wound suffered in a siege

The Lionheart was born September 8th 1157 AD and died April 6th 1199. He was wounded during the battle around Chalus in Limousin and died. He ruled England for 10 years, but spent only 6 months there.
Source: Author awkins 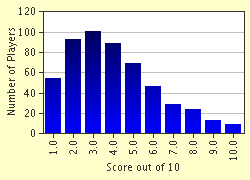 Related Quizzes
1. They Passed On Christmas Day Very Easy
2. Strange Endings Easier
3. Life is Short, Death is Long Easier
4. Unlucky Ducky Easier
5. How Did They Die? Easier
6. How Did I Die? Easier
7. They Should Have Taken the Train Easier
8. Hanged, Drawn, and Quartered Average
9. What in the World? Average
10. Plane Crash Victims Average
11. A Sleep with the Fishes Average
12. Rudely Interrupted by Death Average


Other Destinations
Explore Other Quizzes by awkins