A look at some brief lives.

Quiz Answer Key and Fun Facts
1. All of the following lives were shortened due to heavy drinking EXCEPT for ... ?

Poe's life is as dramatic - and sad - as any life can be. Heavy drinking all his life - including a final binge - did him in. Fitzgerald - epitome of the "jazz age" - drank himself into an early grave. the same maybe fairly said about Thomas. It cannot, however, be said about Stevenson, who was in frail health for most of his life.
2. All of the following died young - but, which of these writers/poets did NOT die in combat or while serving in the military in wartime?

Crane wrote about combat ("Red Badge of Courage"), but died at age 28 of tuberculosis. Seeger wrote "I Have A Rendezvous With Death" - he was right. Owen was shot very shortly before the end of WW I. Brooke died while serving as a soldier in the same war.
3. This poet lived a short, but tumultuous life. He abandoned poetry early in life (also ending a stormy relationship with a fellow poet)and suffered an amputation before dying in his thirties.

Rimbaud had a curious relationship with Paul Verlaine. He jammed a lot of excitement - although not always happily - into a short life.
4. James Dean died young in an unfortunate car crash. One of his movies was "East of Eden". Who wrote the novel?

Steinbeck was the author; Raymond Massey was the co-star. Dean also starred in "Giant" and, of course, "Rebel Without A Cause".
5. Joan of Arc lived a short, fascinating, controversial life that has often been dramatized by writers. Who wrote the play "Saint Joan"?

Joan's character changes depending on what you read. An inspirational life, going from rags to heroic battles and associations with royalty. Unfortunately, a bitter end to her short life. Delusional - or in communication with Heaven?
6. Heather O' Rourke, the child star of "Poltergeist", died at age 12. She also had a regular role (for a while) in which of these tv shows?

She played Linda Purl's daughter; Purl played the romantic interest of Henry Winkler ("Fonzie") after the show had been runnning for several seasons.
7. Which of the following did NOT sing about the shortness of life?

Dion observed that "the good die young" in "Abraham, Martin and John". Billy Joel sang that "only the good die young". Cat Stevens sang that "you're only dancing on this Earth for a short while" in "Oh, Very Young". (Rodgers did "Honeycomb" and "Kisses Sweeter Than Wine".)
8. All of the following died young - but which one did NOT die by his or her own hand?

Chatterton, the author of "The Rowley Poems" swallowed arsenic to hasten his death rather than suffer the slow agony of dying through starvation. Crane, poet of "Brooklyn Bridge" fame, jumped overboard while shipboard. Plath lived an equally short life - with an equally dramatic end to her life. Kafka's life was a struggle in many ways, but he did not end it via suicide.
9. Mozart's short, stormy life has been well-documented (in "Amadeus", among other places). When did he live?


Answer: Second half of the 18th century

His life spanned a good chunk of the second part of the 18th century. Incredible talent that showed itself at an unbelievably early age.
10. Marilyn Monroe died before her beauty could fade. The cause of death, however, may never be known. (Accident, suicide, or murder?) Those who believe in the murder theory point to ...?

RFK claimed to be nowhere near the death scene - but there are reports that he was seen there on the day in question. Marilyn had threatened to call a press conference that would blow the lid off of things by disclosing her relationship with the Kennedys.

The police were not notified of her death until several hours had apparently passed. (Also, her "little red diary" seems to have disappeared.)
Source: Author robert362 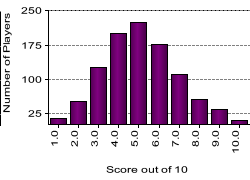 Related Quizzes
1. Gone Before Their Time #1 Very Easy
2. Dying Can Sure Give You The Blues Easier
3. Gone Too Soon, Yet Not Forgotten Easier
4. They Didn't Make It Past 39 Years Old Average
5. Dead Before 27 Average
6. They Died in Their 30s Average
7. To an Athlete Dying Young Average
8. Chez '27' Average
9. Dead Too Soon: Famous Folks Who Died Young Tough
10. The Music Lives On Tough
11. Famous People Who Died Before Age 21 Tough
12. More Short Lives Tough