They Didn't Make It Past 39 Years Old Quiz

All these people have something in common. They all died in their 30s. How many of them do you know?

Lisa Lopes was born May 27, 1971. She was the L of the group TLC. The L stood for "Left eye". She got that name because a man once complimented her on her left eye. TLC promoted safe sex, and Lopes would often wear a condom over her glasses over the left eye. She also got her left eyebrow pierced. On April 25, 2002, Lopes was killed in a car accident in Honduras.
2. If you've seen the movie "The Sheik" you may have heard of this man who, at age 31, died of peritonitis. Who was he?

Rudolph Valentino was born on May 6, 1895. He was an Italian-American actor during the silent movie era. Many people found him very attractive. He developed peritonitis while in surgery for appendicitis. It turned out that he had an ulcer mimicking appendicitis. This condition is now known as "Valentino's Syndrome". He died on August 23, 1926.
3. This woman died at age 32, and there were inaccurate rumors that she died eating a ham sandwich. Who was this woman?

Cass Elliot, known better as "Mama Cass" of The Mamas and The Papas (a music group) was born on September 19, 1941. On June 28th or 29th, 1974 after a concert, she died in her sleep from a heart attack. The rumor that she died eating a ham sandwich was most likely started when a half eaten sandwich was found in her room. However, the autopsy revealed there was no food in her windpipe.
4. This man may be the most famous man in history, though he was alive for only 33 years. He is considered by Christians to be the Messiah. He is considered by Muslims to be a Prophet. Who was this man?

By tradition Jesus was born in 1 A.D. but due to problems with the dating system it appears he was actually born a few years before that. While on Earth, he claimed to be the Son of God and performed many miracles. Some people believed he was the Messiah while others believed he was just a magician of some kind. At age 33, he was tried for blasphemy and found guilty. He was nailed to a cross to die.

Christians believe, however, that three days later he arose from the grave, conquering death. They believe His death, burial and resurrection paid the price for all sinners, and that all people have to do to go to Heaven is accept His gift of salvation.
5. Dying at the young age of 34, this man, the wrestler Owen Hart, died. What was his ring name?

Owen Hart was born on May 7, 1965. He had an older brother, Bret "The Hitman" Hart who was also a wrestler. From 1993-1995 the two brothers had a feud because during a match the two brothers accidentally crashed into each other and Owen was eliminated from the team. On May 23, 1999, Owen Hart fell to his death during a stunt in Kansas City, Missouri.

The official cause of death was internal bleeding from blunt force trauma.
6. At age 35, this woman along with Ron Goldman, was murdered. Who was she?

Nichole Brown Simpson was born May 19, 1959. She was the former wife of former Buffalo Bills football player and actor O.J. Simpson. She was murdered on June 12, 1994. After her and Goldman's death, the police conducted a high speed chase to catch O.J. who had decided to run. Although Simpson was found not guilty of murder, many people still believe he is the one who murdered these two people.

Ron Goldman was not an intended victim. However he returned Nicole's sunglasses to her, and unfortunately was in the wrong place at the wrong time. O.J. was found not guilty primarily due to a bloody glove that was found that didn't fit. Johnny Cochran made famous the saying "If the glove don't fit, we must acquit." Even after the murder trial ended, many people were outraged as they believed O.J. was guilty. In another trial in 2007, Simpson was tried and found guilty of robbery and was sentenced to 33 years in prison. He became eligible for parole in October 2017, and was fully released from parole in December 2021.
7. She was known as "The People's Princess". Who was this woman who died at age 36?

Diana, Princess of Wales was born Diana Spencer was born July 1, 1961. Before becoming a princess by her marriage to Prince Charles in 1981, she was a kindergarten teacher. Due to Prince Charles' infidelity the marriage did not last and the couple were divorced in August 1996.

In 1997, Princess Diana was killed with her then boyfriend Dodi Fayed and their driver Henri Paul, in a car accident. Conspiracy theories about her death abound.
8. Christa McAuliffe was to be the first teacher in space. Sadly, the space shuttle she was on in 1986 exploded and she and the rest of the crew did not survive the explosion. What was the name of this space shuttle?

Christa McAuliffe was born on September 2, 1948. The plan was she would teach her class from space once the space shuttle had settled into orbit. Millions of people watched as the Challenger took off. It was in the air for 73 seconds before it exploded.

The take off had been delayed a few times prior due to weather and mechanical issues. The day it took off it was still too cold and should not have taken off. Also, there was an issue with the o-rings (a part of the space shuttle) that also contributed to the explosion. McAuliffe died at age 37 on January 28, 1986.
9. This baseball Hall of Famer wanted to help people in Nicaragua after an earthquake. However, the plane never reached Nicaragua; it crashed in the Atlantic Ocean shortly after take off. This man died in the crash at age 38. Who was he?

Besides being a baseball player Roberto Clemente was a great humanitarian always trying to help where he could. He died on December 31, 1972.
10. This poet told people "Do not go gentle into that goodnight". However it seems he did, dying at age 39. Who was this great poet?

Dylan Thomas was born on October 27, 1914. His most famous poem is probably "Do Not Go Gentle into that Good Night". Here is that poem:

"Do not go gentle into that good night,
Old age should burn and rave at close of day;
Rage, rage against the dying of the light.

Though wise men at their end know dark is right,
Because their words had forked no lightning they
Do not go gentle into that good night.

Good men, the last wave by, crying how bright
Their frail deeds might have danced in a green bay,
Rage, rage against the dying of the light.

Wild men who caught and sang the sun in flight,
And learn, too late, they grieved it on its way,
Do not go gentle into that good night.

Grave men, near death, who see with blinding sight
Blind eyes could blaze like meteors and be gay,
Rage, rage against the dying of the light.

And you, my father, there on that sad height,
Curse, bless, me now with your fierce tears, I pray.
Do not go gentle into that good night.
Rage, rage against the dying of the light. " - Dylan Thomas

Thomas had chest pain for a long time but no diagnosis was given. He was also a heavy drinker. He did use an inhaler but that didn't seem to help him much. Also, where he lived there was a lot of smog which may have contributed to his chest pains. However, the diagnosis when he died on November 9, 1953 was pneumonia.
Source: Author Ilona_Ritter 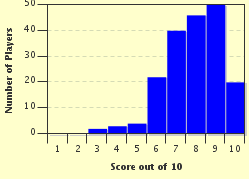 Related Quizzes
1. Gone Before Their Time #1 Very Easy
2. Dying Can Sure Give You The Blues Easier
3. Gone Too Soon, Yet Not Forgotten Easier
4. Dead Before 27 Average
5. They Died in Their 30s Average
6. To an Athlete Dying Young Average
7. Chez '27' Average
8. Dead Too Soon: Famous Folks Who Died Young Tough
9. The Music Lives On Tough
10. Famous People Who Died Before Age 21 Tough
11. More Short Lives Tough
12. They Died in Their 20s Tough