Gone Before Their Time #1 Trivia Quiz

Many people have been snatched from life too soon. Let's see if you can identify the following people who died too soon from their age at the time they died and their cause of death. Good luck!

Quiz Answer Key and Fun Facts
1. At the age of 39, assassinated by gunshot on a hotel balcony.

King was a revered civil rights leader, whose message of unflinching non-violent civil disobedience made him an important proponent of change in the 1960s. He may be most remembered for his "I Have a Dream" speech, delivered at the foot of the Lincoln Memorial in Washington D.C. on August 28, 1963.

Not five years later, King was gunned down by James Earl Ray as he watched a peaceful demonstration from the balcony of his motel in Memphis, TN. Ray was a white supremacist who planned to kill King and carried out that plan by renting a room in the hotel facing King's motel. After firing the shot that hit King, Ray fled but was apprehended three months later in London. He died in prison in 1991, claiming that he was not the only one involved with the shooting.

On the night he died, Dr. King was rushed to the hospital, but because the the single shot had hit him in the head, he died very quickly and was pronounced dead at 7:05 PM.
2. At the age of 29, drowned when a boat sank.

Shelley was one of the most influential English Romantic poets. Many consider him to be one of the finest lyric poets to ever have written in English. Among his better known works are "Ode to the West Wind", "The Masque of Anarchy" and "Queen Mab and Alastor".

Shelley's wife, Mary, is perhaps even better known today than her husband, and was the author of "Frankenstein".

Shelley's death was considered accidental by most. He loved to sail, and was on his boat, the Don Juan, when a sudden storm came up and sank his craft. Some think he may have had a death wish, however, because his marriage was on the rocks and life had become increasingly more conflictive and difficult. There is one account of a ship that approached Shelley's craft and urged them to come in to shore before it was too late. Shelley, under this account, refused.

In any case, Shelley's body was found 10 days after his boat went down, in a severe state of decomposition. He was identified by the clothes he wore and a book of poetry that he always carried.
3. At the approximate age of 33, by crucifixion.

Jesus of Nazareth, also known as Jesus Christ or Jesus of Galilee, died during Passover on what has been come to be known as Good Friday in the year 30 A.D.

Jesus was a religious leader, philosopher and preacher who became the central figure in Christianity. He had three years of public life, during which time accounts were given of his parables, healings and miracles.

At the end of his public ministry, Jesus was brought to trial before several Roman leaders. When given the opportunity to free Jesus or another accused criminal, the crowd demanded that the other man be freed. Jesus was crucified and died some hours later. He was entombed with the intention of later being embalmed and buried. His body disappeared three days after his crucifixion. Christians believe that Jesus rose from the dead, as was prophesied and chronicled in the Old and New Testaments of the Bible.
4. At the age of 36, of internal bleeding after a car crash.

Diana Spencer married Prince Charles in 1981, and became the Princess of Wales, when she was just 20. She had been a kindergarten teacher before marrying and belonged to one of England's most important families.

Diana and Charles had two sons, William and Harry, but their marriage was not a happy one. They divorced in August 1996. Diana was beloved by the English people and the world, largely due to her humanitarian work and her accessible personality.

Diana was dating Dodi Al Fayed at the time of her death in a traffic accident, allegedly caused by papparazzi interference, in Paris. Neither Diana nor Dodi were wearing their seat belts, and both died of the injuries they sustained in the horrific crash in a Parisian tunnel.
5. At the age of 15, of typhus and starvation.

Anne Frank died in February or March of 1945.

Frank was the daughter of a prominent German Jewish businessman, who was forced to leave Germany as anti-semitic sentiment grew there following rise to power of the Nazis. The family eventually settled in Amsterdam, in the Netherlands, later going into hiding with other Jews trying to avoid persecution in a hidden annex in a warehouse that Frank's father's family had once owned.

Anne Frank became famous for her diary. Because she had to be quiet much of the time during the day, she began to write her thoughts and dreams in a journal, which her father later published after Anne's death. The family was taken first to Auschwitz, where Anne's mother died. Anne and her sister, Margot, were transferred to the Bergen-Belsen camp, where they fell ill and died, most likely of louse-born typhus and starvation.

Anne's diary is the best first hand account of the Holocaust in existence today.
6. At the age of 37 (or possibly later), after the disappearance and probable crash of an aircraft.

Amelia Earhart's plane went missing on June 2, 1937. She was declared dead on January 5, 1939, but her remains were never found.

Earhart was the most accomplished female pilot of her time. She was the first woman to fly solo across the Atlantic Ocean, and she was in the midst of a flight around the world when her plane was lost.

In recent times, there has been increasing speculation that Earhart and her navigator, Fred Noonan, crashed on an island and lived for some time after their plane went down. Some have even speculated that Earhart returned to the US and lived under an alias for the rest of her days. We will probably never know what really happened to Earhart, but we will always admire her tenacity and courage.
7. At the age of 40, in a fire at Cape Kennedy, Florida.

Grissom was a mechanical engineer, a US Airforce test pilot, and one of the Mercury astronauts tasked with testing NASA spacecraft in preparation for a US mission to send men to the moon. Grissom was the second American to fly in space, and the first to fly there more than once.

As part of exercises to test the craft that would be sent to the moon, Grissom and two fellow astronauts, Edward H. White II and Roger B. Chaffee, were killed in a tragic accident on the launch pad, when a fire broke out. The high concentration of oxygen in the capsule made the blaze even more deadly, and their fate was sealed when three men were unable to get out of the vehicle. It was a tragedy of epic proportions, and threatened to squash NASA's plans. It appears to have done the opposite, however. The many scientists involved in the program redoubled their efforts to guarantee a safe mission to the moon, overcoming the design problems of the ill-fated ship, and taking Neil Armstrong, Buzz Aldrin and Michael Collins to the surface of the moon just two years after Grissom, White and Chaffee's deaths.
8. At the age of 39, of TB and stomach cancer.

Pascal was a French mathematician, physicist, inventor, writer and Catholic theologian, who was responsible for much of today's probability theory. Pascal lost his mother at the age of three, and his father educated the brilliant boy. He made major contributions to mathematical theory at the age of 17. Among his inventions are the syringe and the hydraulic press.

Pascal's health began to decline in 1659, and worsened even further in 1662, when he attempted to go to a sanatorium to rest and recover. He was declared too ill to travel, and he died shortly thereafter. An autopsy revealed what appeared to be tuberculosis and stomach cancer, among other maladies.
9. At the age of 19, burnt at the stake as a heretic and a witch.

She is considered a heroine of France, and is attributed with contributing decisively to the end of the Hundred Year' War and the restoration of French rule to France. She claimed to have visions and hear voices of saints instructing her what to do to help Charles II return to power in France.

Unfortunately, after a series of victories, she was captured by the English and put to death, burnt at the stake. She was accused of being a heretic and a witch. Adding to her litany of crimes was the felony of dressing like a man (which Joan had done in battle). Instead of erasing her memory, the English sealed her fate as a martyr and one of the best-remembered figures from her time in history.
10. At the age of 30, by suicide by inhaling gas.

Plath was born during the Great Depression, a fact that may have shaped her world view. She had her first poem published at the age of seven, showing her literary talents at a very early age. Though she was always productive and received many accolades and honors professionally throughout her life, she was plagued by self-doubt and depression and attempted suicide on at least one occasion before her death. Perhaps her crowning literary achievement came in 1961 with the publication of "The Bell Jar".

Plath could not overcome her demons, and she took her own life after having gotten separated from her husband, Ted Hughes, by putting her head in the oven in her kitchen and succumbing to the fumes. She had first ensured that her two small children were safe and would not be hurt before committing suicide.
Source: Author shuehorn 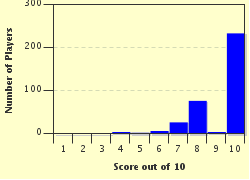 Related Quizzes
This quiz is part of series Half Winds - Sprint Reloaded:

Quizzes created by the Half Winds (shuehorn and zorba_scank) for the Sprint 2017 challenge.


1. Help! I Don't Know These Islamic Terms Average
2. Throwing in the Towel Average
3. Up and About in Asia Average
4. Sweet and Sassy Simon & Garfunkel Songs Average
5. In Bruges Easier
6. Get the Table Set Average
7. Tornado-Strewn Anagrammed Pirate Madness! Easier
8. Say What You See #6 Tough
9. Bible People in Haiku Easier
10. How Would the Vet Diagnose Your Poodle's Problems? Easier
11. Inspired by Greek Gods (and Goddesses) Average
12. Aesop's Fowl with Golden Eggs and Other Fables Average