It took a surprising amount of organization in order to sail a successful pirate ship. Cast off and see how much you know!

Quiz Answer Key and Fun Facts
1. The captain of a pirate ship generally had a double share of any booty taken. How did a person become captain?


Answer: He was democratically voted by the crew.

Believe it or not, the captain of the pirate ship was democratically voted by the crew. It was a tricky job; those who were too aggressive could find themselves afloat in a boat after a mutiny. On the other hand, those who were too wishy-washy were soon voted out.

In addition, a captain's authority was really only absolute during battle. At other times, a vote by the crew determined whether his orders would be carried out.
2. Speaking of booty, which officer of the pirate ship was in charge of dividing up any treasure, as well as punishing crew members for minor offenses?

As the representative of the sailors, he distributed food, settled quarrels, and punished members for minor offenses. It was also his job to decide what plunder to take from a captured ship, and keep accurate records as to how it was divided. Like the captain, the quartermaster received a double share of the booty.
3. Shiver me timbers! What other duty did the ship's carpenter usually have?

The carpenter had a very important job; he was to regularly inspect the ship and make sure it was water tight, making whatever repairs were necessary. He had to be especially clever; many times when a ship needed repair, it was done on a deserted island, and the only materials at hand were whatever could be scavenged.

Whenever necessary the carpenter would use his ship-building tools to perform operations and amputations. Of course, trained doctors were hard to find! Yikes!
4. What was the term for an apprentice who was on board a pirate ship? He might be serving any number of skilled crew members.

Usually there was more than one mate aboard a large pirate ship. That is why there were titles like "First Mate" or "Second Mate". He could be an apprentice to a variety of skilled laborers on board, such as the Boatswain or Master Gunner. Responsible for fitting out the ship, it was important to make sure that all of the rigging for the voyage was in good repair. If anything was found to be out of place, he reported it immediately.

When the ship docked at port the Mate also saw to any repairs that were necessary in the sails, anchors, and cables.
5. Not always as young as you might think, what is the name for a worker on the pirate ship who is the captain's servant?

The cabin boy, a young man usually between the ages of fourteen to sixteen, was a servant on the pirate ship. He was especially expected to be at the beck and call of the ship's captain. However, he also waited on the other members of the crew, as well as any passengers that might be aboard.

Many young men would run away and join a pirate crew, thinking that they could escape their current life; some were kidnapped into service. It should be noted, however, that some saw being a cabin boy as a way to begin a naval military career.

Many famous sailors, such as Lord Admiral Nelson, began their naval career as a cabin boy.
6. A very important member of any pirate crew, who made and maintained the barrels?

Barrels were used to store all the necessary provisions on a pirate ship including food, water, and gunpowder. The cooper regularly inspected the barrels, and also put them back together as it was customary to to break down empty barrels on a ship to make more space for other things. Do not underestimate the importance of this job! In 1587, Sir Francis Drake and his crew raided two Spanish ports and took enough staves to make 25,000-30,000 barrels! Spain was forced to postpone the launching of the Armada; the next year, after using improperly cured staves, the sailors of the Armada found leaky barrels filled with rotten food, putrid water, and other ruined contents.

The rest is history!
7. "Weigh anchor, boatswain!" What has the member of the pirate crew just been ordered to do?

The boatswain was in charge of keeping the ship fit for sailing. Also called a bosun, he looked after the wood, canvas, and ropes, making sure they were in good repair. He also oversaw the dropping and raising of the anchor and keeping the deck clean. An experienced boatswain could expect a 1-1/2 share of the booty.
8. During a battle on a pirate ship, who runs the gunpowder from below deck to the cannon?

Young boys who were selected for their speed and short height, powder monkeys had to move quickly in limited space. Their size also enabled them to hide behind behind the ship's gunwale, protecting them from being shot by an enemy sharpshooter.
9. Which crew member on a pirate ship had the task of keeping the cannons in good repair?

The common sailor, or ABS, needed to know the general working of a ship. He could be asked to help navigate or read the sky to determine upcoming weather. It was also important to know how to work the rigging and the sails. The average person didn't become an ABS overnight; it took years of experience. What was the most important skill possessed by an ABS? The ability to follow commands and read their captain's mood had to be at the top of the list!
Source: Author ponycargirl 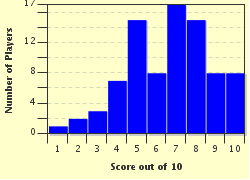