Quiz Answer Key and Fun Facts
1. Considered to be the most successful female pirate in history, Ching Shih and her crew terrorized ships and towns along which coastline until being offered amnesty from the government of China?

Sources do not agree on how many ships and men were commanded by the great pirate, Ching Shih, who is also known as Cheng I Sao, however, estimates are that she may have led a fleet of as many as 1,800 ships that was manned by 80,000 people - men, women, and children! Making a living by robbing ships and taxing towns while maintaining a strict code of conduct among her corps, however, was risky business.

When offered amnesty by the Chinese government, Ching Shih retired. Allowed to keep their wealth, her men were given military jobs.
2. What eventually happened to Cheung Po Tsai, who was a famous pirate in Hong Kong?


Answer: He became a colonel in the Qing imperial navy.

The son of a fisherman, Cheung Po Tsai was captured by pirates who adopted him and taught him their trade. At one time he is believed to have commanded over 50,000 followers and 600 ships. After striking a deal with the Qing government in 1810, he was appointed to Penghu, between mainland China and present-day Taiwan, where he spent the rest of his life aiding in the capture of other pirates. Today tourists can visit the small cave on Cheung Chau island where he hid his treasure.
3. Which privateer, the second to circumnavigate the globe, was a favorite of Queen Elizabeth I?

Upon completion of the circumnavigation voyage, Drake and the Queen exchanged gifts; he gave her a jewel token that had been taken while raiding the Pacific coast of Mexico. It was made of gold and was decorated with an African diamond and a ship with an ebony hull.

He received a jewel which is called the "Drake Jewel" today; it displayed a small portrait of the Queen on one side, and cameos of a regal woman and African male on the other. Shortly after his return, Sir Francis was knighted. While Victorian sources claimed that Queen Elizabeth boarded the Golden Hind and knighted Sir Francis herself, it is commonly believed that she choose Monsieur de Marchaumont, a French diplomat, to do the honors.
4. Which seemingly impregnable city on a lake in Venezuela did Francois l'Olonnais and his pirates loot and burn in 1667?

The entrance to the city of Maracaibo was protected by both a lake and a fort with sixteen guns; consequently, l'Olonnais and his men attacked from the landward side, which was virtually undefended. Even though the residents had hidden their valuables and fled, they were tracked down by the ruthless pirates and tortured until the location of the treasure was revealed.

It is estimated that the pirates left with 200,000 Spanish dollars before going on to the nearby city of Gibraltar, which was also on the lake.

The city was held to ransom, during which time the pirates acquired more pieces of eight, silverware, gems, slaves, and cattle.
5. Which privateer, famous for his raid on Panama City, eventually became the deputy governor of Jamaica?

Technically a privateer, Morgan had the king's permission to raid Spanish settlements. One of his most successful raids was at Portobello in Panama, which a center of Spanish trade in the Americas. It is estimated that by looting and holding the city to ransom, Morgan and his men collected 200,000 pieces of eight.

The raid on Panama City in 1671 was illegal. Unbeknown (?) to him, England and Spain had signed a peace treaty and Spain was furious! How did England react? Morgan was asked to return to England, where, rather than facing punishment, he was knighted by King Charles II.

He was then sent to Jamaica, where he lived in retirement with his men.
6. Perhaps the most famous female pirate, whose supposed last words to her husband were, "Had you fought like a man, you need not have been hang'd like a dog"?

Anna Cormac was born in Ireland, the daughter of a lawyer and servant woman. After the family immigrated to North America, Anna's mother died. Her father became a wealthy merchant, and Anna eventually married a sailor-pirate named James Bonny. They moved to Nassau sometime between 1714 and 1718, where they met John "Calico Jack" Rackham. Anne divorced her husband, and joined Calico Jack's crew, eventually becoming his wife. Quoted as saying, "Had you fought like a man, you need not have been hang'd like a dog", after Calico Jack and his crew were captured and sentenced to hang, Anne and her friend, Mary Read, "pleaded their bellies". Granted a stay of execution until the births of their babies, Mary died while in prison; it is not known what happened to Anne.
7. He didn't part it but Henry "Long Ben" Every was one of the most feared pirates operating in the Red Sea. Whose ship, called the "Gang-i-Sawai", did he capture?

Henry Every began his naval career in the British Royal Navy; he became a pirate after joining the Spanish Expedition Shipping in 1693. The purpose of the group was to trade with the Spanish West Indies, salvage wrecked galleons, and plunder French territories in the region.

The venture did not proceed as planned, and the sailors who had not received promised salaries mutinied and Every became the new captain. The capture of the "Gang-i-Sawai" yielded fabulous treasure. It is said that the pirates counted 600,000 pounds of gold, silver and jewels. Each one received 1,000 pounds, which was approximately as much as an honest sailor would earn in 80 years at sea! Angering the Grand Moghul, however, was not the best idea. With a price on his head, Every changed his name to Benjamin Bridgeman and successfully lived out his life in places unknown.
8. Who is considered to be the most successful pirate during the Golden Age of Piracy, raiding ships in the Americas and West Africa?

A pirate's success was measured by how many ships he was able to capture; it is estimated that Black Bart took over 470 during his career as a pirate. With humble beginnings as third mate on a slave trading ship called "Princess", Roberts' life changed when the ship was taken by pirate Howell Davis, who persuaded Black Bart to join his crew.

In the beginning it appears that Roberts was a reluctant pirate. However, he was soon elected captain of one of the ships. When Captain Davis was killed, it was Black Bart who led the assault to avenge his death. From that time on, the pirates were loyal to him.

He was killed during a battle with the HMS Swallow, which was commanded by Captain Chaloner Ogle who went on to become "the only British naval officer to be honoured specifically (he was knighted) for his actions against pirates".
9. Which pirate sailed in a ship that was called the "Queen Anne's Revenge"?

Edward Teach, who worked during the Golden Age of Piracy, initially took advantage of the fact that the British seemed to promote smuggling and piracy on the North American coast and Caribbean Sea in the late seventeenth and early eighteenth centuries.

After taking a French ship called the Concorde, he and his crew were given an offer of amnesty by the British government, but Teach declined. He turned the "Concorde" into his flagship, the "Queen Anne's Revenge", and by 1718 was in control of approximately 4 vessels and 300 pirates.

It is estimated that during his brief four-year career as a pirate, Teach took forty-five ships.
10. Which pirate captain buried a small stash of treasure on Gardener's Island, which was found and used as evidence against him during his trial?

Born in Scotland, William Kidd had naval experience before settling in New York in 1690. From time to time he was commissioned by different colonies to get rid of foreign privateers who had become bothersome. In 1695, he was commissioned by English nobles to defend English merchant ships from pirates in the Red Sea.

He was given a letter of marque signed by King William III. At first, however, to the distress of his financial backers, Kidd found little success. After the capture of the "Quedagh Merchant", an Indian ship with an English captain, Kidd became a suspected pirate. Suspicions were believed to be confirmed when he made a trip to St. Mary's, Madagascar, which was a well-known pirate sanctuary.

After hearing about the piracy charges against him, Kidd returned to New York, where he was arrested and taken to England for trial.

His body was left hanging over the Thames for three years as a warning to future pirates.
Source: Author ponycargirl 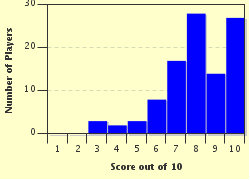