Caesar and the Pirates Trivia Quiz

Two ancient sources give information about Caesar's abduction by pirates. What do you know about this incident in his life?

Quiz Answer Key and Fun Facts
1. Which Greek author is the best source of information concerning the capture of Julius Caesar by pirates?

Known as the Sage of Chaeronea, Plutarch was a well-respected writer and philosopher of his time. Believed to have been the author of anywhere from 200-300 titles, he also served as one of the two permanent priests at Delphi. Although neither writers were contemporaries of Caesar, Plutarch's "Life of Caesar", along with Suetonius's "The Twelve Caesars" are considered to be the principle historical accounts of Caesar's deeds and actions.
2. The presence of pirates in the Mediterranean was an ongoing problem in the ancient world. In Caesar's time, what was the main objective of the pirates who sailed the sea?

In Caesar's day the Roman Senate turned a blind eye to the work of pirates in the Mediterranean. Wealthy Romans needed a great supply of slaves to work on their plantations. Usually pirates would attack slower vessels and take the crew to a slave trading center, such as the island of Delos in the Aegean. It was recorded that on one day at Delos, no less than 10,000 slaves were sold!
3. How many times was Caesar captured by pirates?

Nobles who were captured by the pirates were not sold into slavery. They were more valuable as hostages held for ransom. The first time Caesar was captured, in 79 BC, he was held for 25 talents of silver. It was customary to send one of the accompanying servants to raise the money among friends or family members, while the pirates carefully tended their hostage. Caesar was kidnapped again in 75 BC.
4. The pirates who captured Julius Caesar in 75 BC are described as being "Cilician pirates". What does that mean?


Answer: They were from the modern day area of southern Turkey.

With the weakening of the Seleucid Empire in Egypt after 150 BC, and the need for slaves in Rome, many areas of the Mediterranean became pirate havens. Crete and the Balearic Islands were popular pirate hang-outs, and so was Cilicia, which was the ancient name for southern Turkey.
5. What circumstance in Caesar's life led to his being captured by pirates in 75 BC?


Answer: He was returning to Rome after serving in the military in Asia and Cilicia.

In 88-87 BC, the Romans were involved in a bitter civil war between the forces of Caesar's uncle, Gaius Marius, and his rival, Lucius Cornelius Sulla. Both sides were involved in purging their enemies in particularly nasty ways. It was a good time for Caesar to leave town! He had just married Cornelia, the daughter of one of his uncle's friends, and been elected high priest. With Sulla's victory, Caesar was stripped of wealth and titles, and forced to go into hiding. Even when the threat against his life was lifted, it was safer for Caesar to be away from Rome; he joined the army, fighting in Asia and Cilicia .

When Sulla died, Caesar thought it safe to return to Rome. It was on his way home that he was abducted by pirates and held for ransom.
6. Famously, the pirates demanded that Caesar must pay a ransom of twenty talents. What is a talent?


Answer: A unit of weight and money

It is said that when the pirates asked for twenty talents, Caesar laughed. Surely they didn't understand how important he was! He volunteered to pay them fifty. This must have taken quite a bit of bravado, considering that Caesar had been stripped of his inheritance by Sulla as well as his wife's dowry.

His servants were sent off to find a way to raise the money. Used as a unit of weight and money throughout ancient Greece, Rome, and the Middle East, it appears that different cultures set different values on the worth of a talent.

In ancient Rome, a talent was 32.3 kilograms, or 71 pounds! Sources state that the original demand of twenty talents is worth about $600,000 in silver value today. I am sure the pirates were happy to agree that fifty talents would be a fine ransom!
7. According to sources, how long did it take for Caesar's servants to raise the ransom money?

He was left with one friend and two servants, while the others in his entourage were sent to various cities to raise the ransom money. During this time, according to Plutarch, Caesar repeatedly told the pirates that he would have them all hanged.
8. According to sources, how did Caesar pass the time while he was being held by the Cilician pirates?


Answer: He wrote speeches and poems.

According to Plutarch, Caesar not only wrote poems and speeches, but he also read them aloud to the pirates. In addition, if the pirates did not praise his work, he would call them "illiterate savages" to their faces.
9. According to sources, while Caesar was held hostage by Cilician pirates, he acted as if he was their leader rather than their captive.

He is said to have joined in their games and exercises. Whenever he wanted to sleep, he would send word to tell them to stop talking. Apparently the pirates were amused by his actions, thinking them due to "simplicity in his character or boyish playfulness".
10. In the end, what happened to the Cilician pirates who held Caesar for ransom in 75 BC?


Answer: They were crucified.

After paying the ransom and being set free, Caesar set sail against the pirates. He found them just where he had left them, and captured most of them. After seeing no action from the Roman Governor of Asia, who really wanted to keep the pirates as slaves, Caesar took matters into his own hands.

He took the pirates out of prison, and had them all crucified. As an act of clemency, he ordered their throats be cut.
Source: Author ponycargirl 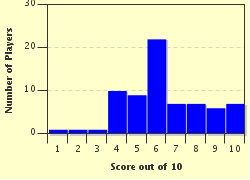