Bible People Who Were Victimized Quiz

This quiz takes a look at ten Bible people who were victimized through no fault of their own. I hope you have as much fun playing this quiz as I had creating it. (The NKJV and the NIV were used for this quiz.)

Quiz Answer Key and Fun Facts
1. A jealous man murdered his brother because the offerings of his brother were more pleasing in the eyes of the LORD. What is the name of the murder victim? (Genesis 4:8)

Abel was murdered by his brother Cain even though he didn't do anything wrong. According to Scripture, Abel's offerings were more pleasing in God's eyes and Cain became extremely jealous. The jealousy, and anger, festered to the point Cain killed Abel, as per Genesis 4:3-8.

According to Genesis 4:2, Abel was a keeper of sheep and Cain was a tiller of the ground.
2. What's the name of the woman who was documented as being sexually defiled in the Bible? (Genesis 30:21)

Dinah, the daughter of Jacob and Leah, was the first such person in the Bible. Not much is known about Dinah apart from the fact she engaged in sexual congress with Shechem, as per Genesis 34:1-31. (While this is often described as a rape, the Hebrew text uses a word that only implies loss of virginity.) According to Scripture two of her brothers, Simeon and Levi, went on a ruthless rampage, killing a large number of men to avenge her defilement.

After the horrific events of Genesis 34, Dinah is mentioned only one more time in Scripture.

In Genesis 46:15, her name appears in a genealogy account, but there is no mention of her having a husband or children.
3. Who was sold into slavery by his brothers when he was a teenager and then later falsely accused of attempted rape?

Joseph was victimized in a big way on two different occasions, according to Scripture. Despite his setbacks, Joseph ascended to become the second most powerful man in Egypt.

According to Scripture, at the age of seventeen he was sold into slavery and ended up serving in Potiphar's household in Egypt. Things were going fine for a while, until Potiphar's unnamed wife accused Joseph of rape and he was tossed into prison.

Miraculously, Joseph was able to rise from the status of a slave and an inmate to become the second most powerful man in Egypt. Joseph's amazing story is told in Chapters 37 through 50 in the Book of Genesis.
4. Who lost the blessing from his father when he was outmaneuvered by his brother and his mother? (Genesis 27)

Esau was victimized by his slightly younger twin brother Jacob, who was egged on by their mother Rebekah. According to Scripture, Esau was so furious with Jacob he was plotting to kill him. Esau's furor erupted after Jacob tricked their father Isaac into blessing him over Esau, as per Chapter 27 of Genesis.

The chapter concludes with Rebekah learning of Esau's plans and advising him to flee to her brother Laban in Haran, a city in Padan Aram, also known as Mesopotamia. A number of years later, Esau and Jacob would meet up again and the two would put their hostilities aside.
5. What loyal soldier was murdered by the man who committed adultery with his wife while he was away at war? (2 Samuel 11:3)

Uriah, the husband of Bathsheba, was murdered after King David had an adulterous affair with his wife and when she became pregnant David was unable to cover up the fact. After plotting and scheming, David eventually ordered Uriah to be placed in the front line where the fighting was fiercest and then had all the men withdraw, as per 2 Samuel 11:15. True to plan, Uriah was killed.

David would take Bathsheba as his wife but the baby born as a result of their adulterous affair would die.
6. What man was murdered simply because a king wanted his vineyard? (1 Kings 21:1)

Naboth was killed simply because of the greed of Ahab and his wife Jezebel. Naboth's story is told in the 21st chapter of 1 Kings.

Scripture states Naboth was a Jezreelite and his vineyard was in Jezreel, close to the palace of King Ahab. According to Scripture, Ahab desperately wanted to own the vineyard and his evil wife took the matter into her own hands. I Kings 21:9-10 tells of Jezebel ordering letters be sent to elders and nobles in Naboth's city. In the letter, Jezebel commands them to hold a feast in honor of Naboth with two "scoundrels" seated before him. The two scoundrels were instructed to bring false charges of blasphemy again Naboth, with the end result being he was stoned. Sure enough, Jezebel would have her way and Naboth would be killed and her husband would assume ownership of the vineyard.
7. Who was in the cross hairs of King Saul for a number of years? (1 Samuel 18:6-9)

Even though Saul wanted him dead, David did everything possible to avoid any confrontation with the king. In fact, even when David had opportunity to kill Saul, he refused to do so. (1 Samuel 24 and 26)

It's difficult to comprehend, but according to Scripture, Saul was filled with total resentment of David when the women of Israel sang praises for the former shepherd boy, proclaiming his victories much more impressive than anything Saul had ever done. (See 1 Samuel 18:6-9 for details.) From this point on, David was a marked man.
8. What man was beheaded simply because he infuriated the vindictive wife of a leader?

John the Baptist was beheaded by Herod simply because Herod's wife Herodias was upset with him. According to Scripture, Herodias had left her first husband and married his half brother and John denounced the union and Herodias was steaming as a result.

It's mindboggling, but Paul was lashed no less than 195 times, three times he was beaten and once he was stoned. 2 Corinthians 11:24-25, in the NKJV, states: "From the Jews five times I received forty stripes minus one. Three times I was beaten with rods; once I was stoned..." Scripture goes on to tell of more of his suffering.

Paul had done nothing wrong in his latter years. He had simply preached the message of a resurrected Jesus Christ and for that he paid dearly. It's apparent Paul had a dramatic encounter with Jesus Christ on the road to Damascus as reported in Acts 9. As a result, he went from a persecutor of Christians to arguably the foremost advocate for Christ.
10. When it comes to being victimized, Christians are convinced no one can come even close to what Christ had to endure as He was mocked, humiliated, beaten, scourged and brutally crucified, taking on the sins of the world. This even though Hebrews 4:15 says He was without sin. However, Christ triumphantly rose from the dead three days later as per the Gospels of Matthew, Mark, Luke and John. According to the Gospels, how many people did Christ raise from the dead?

Jesus, according to Scripture, raised three people from the dead. They were Jairus daughter (Matthew 9, Mark 5 and Luke 8), the widow's son at Nain (Luke 7) and Lazarus (John 11). However, many theologians believe it's possible Jesus raised other people from the dead, but the details were never recorded. The Gospel of John, for example, states Jesus performed other miracles that are not recorded. John 20:30-31, in the NKJV, states: "And truly Jesus did many other signs in the presence of His disciples, which are not written in this book; but these are written that you may believe that Jesus is the Christ, the Son of God, and that believing you may have life in His name."

While there might not be unanimity when it comes to the number of miracles Jesus performed, most Christians agree His suffering was beyond human comprehension.
Source: Author Cowrofl 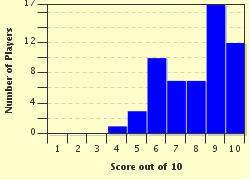