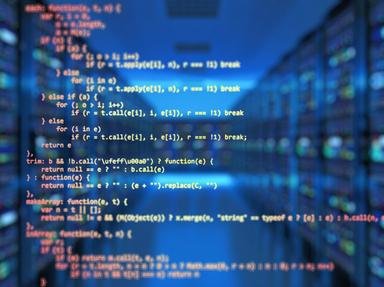 You hear your friends and relatives using these computer terms all the time but do you know what they're talking about? Take this quiz and find out!

Quiz Answer Key and Fun Facts
1. Someone tells you he is getting a lot of spam. What is he is referring to?

Spam refers to unsolicited and usually unwanted email. Unfortunately as with "snail mail" it can be the result of having someone give or sell your email address to a third party. While some "spammers" are hard to get rid of usually you they will stop emailing you if you tell them to, politely or not so politely.
2. When a computer user talks about his mouse he is referring to which of these?

Stanford University engineer Doug Engelbart is credited with developing the first computer mouse in the second half of the 20th century.
3. A friend tells you her computer was hacked. What has happened to it?


Answer: accessed by an unauthorized person

Hacking costs billions of dollars per year, but you can protect yourself and your computer by having everything protected with passwords that are not easily guessed by people with malicious intent.
4. When someone tells you he thinks he has a computer virus he is saying which of these?


Answer: something has caused his computer to run slowly, badly or not at all

Just as with biological viruses, the spread of computer viruses can be prevented. One way is by installing antivirus software. Another is to not click on any suspicious links or email attachments.
5. Someone tells you she follows a gentleman's tweets. What is she referring to?

"Tweets" refer to the posts, or electronic messages seen on Twitter. The people who post them are sometimes referred to as "Tweeps."
6. A co-worker says he will send you a link. He is referring to which of these?


Answer: a sequence of characters usually beginning with "www" or "http." When clicked on they will open up a web page, picture or other file

A hyperlink or "hot link" successfully connects two files, web pages etc. A "broken" link will usually result in a message saying "not found" or something similar. This means either the information has expired or the wrong characters were typed in in the first place.
7. Everyone is talking about something they saw on Youtube. What are they referring to?

In addition to posting your own videos on Youtube you can watch and usually comment on other people's. Usually the service is free but you may have to pay to watch entire movies or TV episodes.
8. In computing terms, what is a port?


Answer: a point on your computer from which you connect to other devices such as speakers, printers etc.

Computer or phone apps can be great in that they can help us check our email, see when the next bus is coming or learn a foreign language. However, they can also cost money and use up memory or battery power. If you find you're not using them much and need to free up space you can easily delete them.
10. Which answer describes a viral video?


Answer: a short film clip or animation, usually home made, that becomes popular through online sharing such as email or social media

Some people or animals willingly or unwillingly become "overnight" stars as the result of their appearances in such videos. While some are forgotten within a few months, others enjoy millions of views for years.
Source: Author Snipercatcher 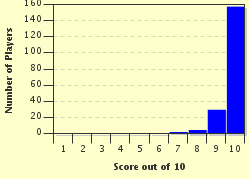