This is a mix of basic questions related to organic chemistry, usually studied in high-school. Enjoy!

Quiz Answer Key and Fun Facts
1. What is the IUPAC (and also common) name for cyclohex-1,3,5-triene?

Benzene, also known as benzol, is the most common aromatic hydrocarbon. It can be extracted from crude oil or synthesized from acetylene. It is the base ingredient for hundreds of drugs and synthetic materials.
2. What catalyst is used during the hydrogenation of alkynes?

Without a metal catalyst, hydrogenation would require very high temperatures. The best catalysts for this type of reaction are platinum, palladium and rhodium but nickel is a much cheaper alternative (although less efficient).
3. Potassium permanganate is a stronger oxidizer than potassium dichromate.

Glycerin, also known as glycerol (not to be confounded with glucose), has the official IUPAC name of propane-1,2,3-triol. It is widely used in the food industry as a humectant (because of its hygroscopic nature) to help preserve food by keeping it dry. Although not a sugar, it does taste sweet but it's also toxic in high quantities.
5. What are polyunsaturated compounds?

Saturated compounds don't have any double or triple bonds between carbon atoms. Double bonds increase the compound's degree of unsaturation by 1, triple bonds by 2. A polyunsaturated compound has a degree of unsaturation of at least 2 (meaning it can addition at least 4 hydrogen atoms).
6. Which catalyst is used to oxidize naphthalene into phthalic acid?

Vanadium pentoxide, when heated, will lose oxygen and help speed up the oxidizing process. Naphthalene is oxidized at around 350 degrees C, and results in carbon dioxide and water as byproducts.
7. What metal ion is the oxidizing agent in Tollens' reagent?

Tollens' reagent is usually ammoniacal silver nitrate, but can also be other compounds, as long as there is an aqueous diamminesilver(I) complex. It was named after Bernhard Tollens.
8. What does the fact that alcohols react with highly reducing metals (such as sodium) prove?

Since the hydrogen in the alcohol's hydroxyl group is switched with a metal, the alcohol acts as a hydrogen ion donor, which is exactly how acids work. The result of the above mentioned process are alkoxides, conjugate bases of alcohols.

Conjugate bases of weak acids are strong (and vice versa), so alcohols, being weak acids their alkoxides are strong bases.
9. Chloroethylene is used to produce PVC.

Chloroethylene is also known as vinyl chloride. PVC is its polymer, polyvinyl chloride.
10. Which of these alkynes has the lowest melting point? 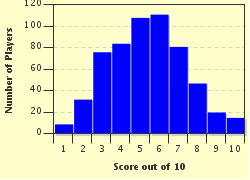 
Other Destinations
Explore Other Quizzes by Canaris