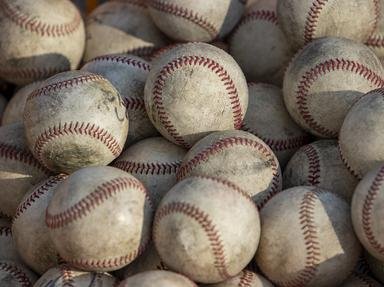 All multiple choice with questions throughout the entire 20th century of baseball. This was made for the dummies like me with one question from each decade. I hope that you find it educational. :-)

Quiz Answer Key and Fun Facts
1. Which year found the American League join forces with the existing National League, and both become called the "Major Leagues"?

The American League began with eight teams, some new and some from the National League. The Chicago White Sox won the first AL pennant, and were led by pitcher/manager Clark Griffith.
2. In 1912, this player was suspended by AL President Ban Johnson, for jumping into the stands and fighting with a fan. As a result, and although the most hated player in baseball at the time, his Detroit Tiger teammates went on strike and refused to play. The team owner had to play no-name players in their place. Who was the suspended player?

The others did not begin their Major League careers until at least the 1930s. The strike game occurred on May 18. Detroit manager Hughie Jennings had to resort to hiring anyone. A student by the name of Aloysius Travers pitched the 26-hit complete game. The Tigers lost to the Athletics, 24-2.
3. In the 1920s, the New York Yankees began their domination of World Series play, more than any other franchise in the century. They went to six World Series in the decade. Which year did they appear in the franchise's first?

After getting Babe Ruth from the Red Sox after the 1919 season, the Yankees' first World Series was in 1921. It would be the first of three consecutive series against the New York Giants. After being turned away in the first two, they finally won their first series title in 1923, four games to two.
4. Babe Ruth had a remarkable career with the Red Sox and Yankees. His baseball endeavors came to an end in his final season in 1935 with which NL team?

The Cardinals were the only other NL team listed. Ruth's final six home runs of his career were hit in the 1935 season, including three in one game in May. The Babe retired with 714 home runs. The 1935 Braves went 38-115 with Ruth, 61.5 games behind the National League winner, Chicago Cubs.
5. The 1940s saw the world change with two players breaking the color barrier in each league. Jackie Robinson joined the Dodgers of the National League in 1947. Then three months later, which player was the first African-American to play in the American League?

The others did not meet the ethnic requirements nor play in the 1940s. Doby was signed by the Cleveland Indians. He played in only six games in 1947, all in the infield, then the outfield for the rest of his career. Doby retired in 1959, and was a Hall of Fame inductee in 1998.
6. In August 1951, as a publicity stunt in a game against the Tigers, St. Louis Browns owner Bill Veeck sent out a 3'7" person into the game, to pinch-hit for the Browns lead-off man in the first inning. Who was this small person who was walked on four pitches?

Bob Cain was the Tiger pitcher who walked little Eddie. Major League baseball was not happy about Veeck's latest publicity stunt, and changed the rule books regarding heights and weights of players. It was Eddie's only appearance in baseball, at the age of 26.
7. In 1962, and for the first time in 60 years, the National League granted two franchises the rights to join the league. Who were these two teams?

The other options had an American League team in them. The Colt .45s later became the Astros. Houston never lost 100 games in a season in their first 45 years of existence, while the Mets lost 100 games in each of their first four seasons.
8. 1975 saw this pitcher become a free agent in baseball, and left his Oakland Athletics for the Yankees. Who was this pitcher who won the 1974 AL Cy Young award?

The others weren't pitchers, nor played for the Athletics or Yankees. It was Oakland's owner, Charles Finley, that created the dissention for the Athletics who had just won three consecutive World Series. Finley didn't want to give his players raises. Hunter, in a bitter struggle, finally signed with the Yankees for the 1975 season, and was the AL Cy Young runner-up with his 23-14 record.
9. 1980 saw a National League team win their first World Series in franchise history after waiting 98 years. Who was this team that was led by the season and World Series MVP, Mike Schmidt?

Cradled under the arms of manager Dallas Green, the Phillies had eight players with 100+ hits in the season, with Pete Rose leading the pack with 185. Steve Carlton went 24-9 and won the NL Cy Young award also.
10. The 1995 season ended on a somber note, after one of the greatest players in baseball history had just died in August. This career Yankee hit 536 home runs, was the first switch-hitter in history to hit 500, and won three American League MVPs during the process. Who was this with the number 7 on the back of his jersey?

The others never played for the Yankees. Mickey played from 1951-1968. His first MVP came in 1956, batting for the Triple Crown also. 1957 saw another MVP, then his final in 1962. Mantle's season high for home runs was 54 in 1961, and took a backseat for the MVP to teammate Roger Maris.
Source: Author Nightmare 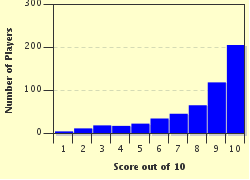