This quiz is for all the suffering Red Sox fans.

Quiz Answer Key and Fun Facts
1. Who was the first Manager of the Boston Red Sox franchise?

4. Who was the first Red Sox pitcher in the 20th century to hurl two career No-Hitters?

Jim Lonborg won the Cy Young award in 1967.
7. What team did the the Red Sox defeat for their sixth World Series title in 2004?

The Red Sox removed the 'Curse of the Bambino' in 2004 after defeating the Cardinals. They went through a long dry spell since beating the Cubs in 1918.
8. In my career with the Red Sox, I had 300 career stolen bases. Who am I? 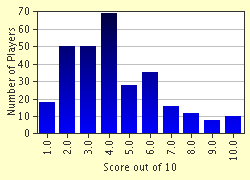 
Other Destinations
Explore Other Quizzes by Homeboy