A very simple quiz about the Boston Red Sox.

Quiz Answer Key and Fun Facts
1. Three of these Boston Red Sox players entered the Baseball Hall of Fame as left fielders. Which Hall of Fame member did not?

On the last day of the 1941 season, with the Red Sox playing a doubleheader against the Philadelphia Athletics, Williams was batting .39955 which, rounded, would officially have been .400. Offered the chance to sit out those games, Williams refused. That day he went 6 for 8 and finished at .406.

In 1903, Boston beat Pittsburgh in the first World Series. In 1912, The Red Sox moved into Fenway Park.
6. Many players who played at least one season for the Boston Red Sox have been inducted into the Baseball Hall of Fame. However, not all of them are depicted in the Hall wearing a Red Sox cap insignia. Which of these players has a different cap?

He was an All-Star all 13 years. A member of the Hall of Fame, he played on nine World Series championship teams. All three brothers played center field![Dave DiMaggio was not one of the brothers.]
8. The Boston Red Sox began playing their home games at Fenway Park in 1912. Although the park has been renovated a few times, what is its signature feature?

"The Green Monster" is the 37-foot+ high left field wall 310-315 feet from home plate that was part of the original structure. A scoreboard, manually operated, was added in 1934. It was not painted green until 1947 (before then it was full of ads). "The Pesky Pole" is the name for the pole marking the right field foul line, 302 feet from home plate. Johnny Pesky, a light-hitting shortstop and longtime Red Sox coach hit a few home runs around the pole, which in 2006, on Pesky's 87th birthday, was dedicated as "Pesky's Pole." "The Lone Red Seat" is in the right field bleachers (Section 42, Row 37, Seat 21).

It marks the longest home run in the 20th century hit at Fenway Park, 502 feet by Ted Williams on June 6, 1946. [The Swanboat Pond is in Boston Common and has nothing to do with the Red Sox.]
9. Between 1918 and 1923, which Boston Red Sox owner traded or sold these players to the New York Yankees: Duffy Lewis, Dutch Leonard, Ernie Shore, Carl Mays, Babe Ruth, Waite Hoyt, Joe Dugan, and Herb Pennock (among others)?

At the Polo Grounds, the Giants beat the Red Sox 5-2 in Game Six. At Fenway Park, in Game Seven, the Giants routed the Sox 11-4.

In Game Eight, the Red Sox edged the Giants 3-2 in ten innings, coming back after the Giants scored a run to go ahead in the top of the 10th.
Source: Author lowtechmaster 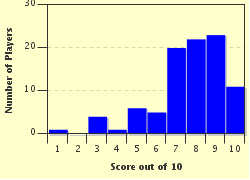 Related Quizzes
This quiz is part of series Sports Mix: I:

Five quizzes that center on sports.