A look at this great franchise in American League history. I hope that you enjoy it. :)

Quiz Answer Key and Fun Facts
1. Boston was one of eight teams in the inaugural season of the new American League in 1901. What was the franchise called?

They were unofficially called the 'Pilgrims', but the Americans joined the new league under the management of future Hall of Famer Jimmy Collins. The Americans finished in second place, four games back of the White Sox. Boston was led by the bat of Buck Freeman and the arm of Cy Young.
2. Boston went to their first-ever World Series against the Pittsburgh Pirates in which season?

Boston went up against the National League Champion Pirates in a best-of-nine game World Series in not only Boston's first World Series appearance, but the first-ever World Series in 1903. The Americans won it all five games to three, after being down three games to one.
3. Who was the first pitcher for Boston to throw two no-hitters in their franchise history?

Young's first was a perfect game against the Philadelphia Athletics in May 1904. He threw a second no-hitter in June 1908. Cy Young won 511 games in his career, and had the Cy Young Award named in his honor in 1956.
4. In the history of Boston's storied franchise, which pitcher was the first to win the Cy Young Award?

With all the great Boston pitchers of the 1960s, Lonborg rose above the rest in the American League and went 22-9 in 1967, leading the Red Sox all the way to the World Series. Unfortunately, the Cardinals had other ideas and defeated the Red Sox, four games to three.
5. In 1967, which future Hall of Fame great batted for the Triple Crown, the last time it would be achieved in the 20th Century?

Yaz batted for the Triple Crown only one season after the Orioles' Frank Robinson did. In 1968, Carl won another batting title with a meager .301 average. Yastrzemski retired in 1983 after 23 loyal seasons with the Red Sox.
6. The Red Sox welcomed their very first Rookie of the Year Award winner in Walt Dropo in 1950. Who won the award for the franchise in 2007?

Pedroia was Boston's second baseman who won the award over Tampa Bay's Delmon Young and the Royals' Brian Bannister. Dustin would continue his ways by winning the American League MVP in 2008.
7. Which of the following Red Sox greats won four home run crowns?

The others all won a single season home run titles for Boston. Williams, with the number nine on his back won the titles in 1941, 1942, 1947, and 1949. If it had not been for his military service, who knows what might have happened with this great Hall of Fame player.
8. Who was Boston's first franchise player to hit for the cycle twice in their career with the team?

The others listed never played for the Red Sox. The month of May was a gracious month for the career Red Sox Hall of Fame second baseman. In May 1944, Bobby hit for his first cycle, then again in May 1947. After 14 seasons, Bobby retired in 1951, then was inducted into the hall in 1986.
9. The Red Sox won the 1918 World Series against the Chicago Cubs. When would be the next season that they would win the World Series title?

Boston appeared in the 1946, 1967, 1975, and 1986 World Series with all losses incurred. Erasing the so-called "Curse of the Bambino" in 2004, they were sitting on the top when they defeated the Cardinals four games to none under the helm of manager Terry Francona. The Red Sox and Francona would win it again three seasons later over the Rockies.
10. In which ballpark did the Red Sox play their home games in the 2010 season?

Fenway Park in Boston first opened in 1912, and through all the upkeep and modifications, the ballpark was still a wonder for all fans. Noted for the "Green Monster", the very tall wall in left field has rejected many home runs. Fenway opened on the same day as Detroit's new Navin Field, which closed its doors in 1999. Fenway also opened only five days after the Titanic sunk.
Source: Author Nightmare 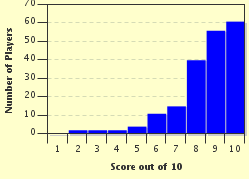