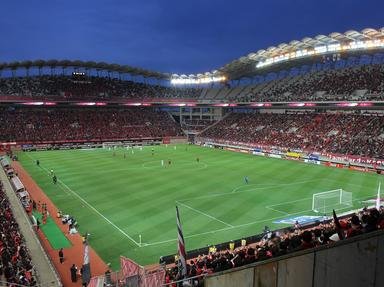 Mia Hamm, How Well Do You Know Her? Quiz Challenge - How Much Do You Know? | USA

Mia Hamm lives in the United States of America. She was also born there. Mia Hamm is my sporting hero. I look up to her too! Try to test your skills on how well you know her.

Share on Facebook
Share on Twitter
Share by E-Mail
Author
Miasoccerjr
Time
4 mins
Type
Multiple Choice
Quiz #
67,945
Updated
Dec 03 21
# Qns
10
Difficulty
Tough
Avg Score
6 / 10
Plays
841
This quiz has 2 formats: you can play it as a or as shown below.
Scroll down to the bottom for the answer key.

Quiz Answer Key and Fun Facts
1. When was Mia Hamm born and where?

Mia Hamm was born on March 17, 1972 in Selma, Alabama. She was given the name Mariel Margret Hamm when she was born, but for short they call her Mia. A year after Mia was born, her father was transferred by his job so they had to move to Florence, Italy.
2. Where did Mia and her family see her first soccer game?

Mia Hamm saw her first soccer game in Florence, Italy. Even though the family did not understand the sport very well, they soon became very fond of it. Soon the family came very involved with the sport. When the family moved back to the United States, the children played for the towns youth soccer league.
3. How many Olympics has Mia Hamm been in?

In 1997, Mia also won the award Women's Sport Foundation Athlete Of The Year.
6. Which soccer team did Mia Hamm play for in college?

Mia Hamm was scouted out by Anson Dorrance who asked her to play for the North Carolina Tar Heels. Mia had to quit school because of all the training. Mia dropped out in high school.
7. Mia Hamm made the penalty shot in the 1999 World Cup?

Mia Hamm made the penalty shot in the 1999 World Cup. Mia celebrated the goal by jumping and cheering with her fans and team.
8. When and why did Mia's brother Garrett die?

Garrett was adopted by Mia's parents. Garrett had a son named Dillan. Garrett was seriously ill but nothing stopped him from seeing Mia. Garrett needed a bone transplant in order to survive. Since Garret had been adopted, no one not even Mia could be a donor.

When an approprate donor finally arrived for Garrett, everyone was happy. Soon Garrett got sick again and he was not able to fight it off.
9. What was Mia Hamm's Mother and Father's name?

10. What did her mother and father do for a living?

Stephanie was a ballerina and William was an Air Force pilot.
Source: Author Miasoccerjr

This quiz was reviewed by FunTrivia editor Nightmare before going online.
Any errors found in FunTrivia content are routinely corrected through our feedback system.
Most Recent Scores
Nov 13 2022 : Guest 107: 6/10
Oct 11 2022 : Guest 104: 0/10 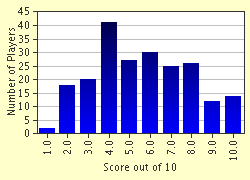 
Other Destinations
Explore Other Quizzes by Miasoccerjr