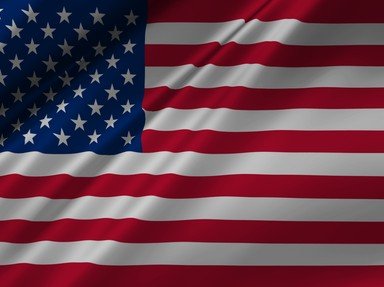 Nicknames of Some Well-Known Athletes Quiz

You probably know the nicknames of your favorite athletes and a few other famous ones. But do you also know some of the less well known or quirkier ones? This quiz should help test your knowledge of both types. Enjoy!
This is a renovated/adopted version of an old quiz by author ragewave_2000

Quiz Answer Key and Fun Facts
1. In autosports, what race driver was NOT nicknamed "the iceman"?

Kimi Raikkonen was one of the longest-lasting Formula 1 drivers of all time, and until 2022 he had driven the most combined distance from all his F1 races of any F1 driver ever. He retired at the end of the 2021 season. He has a calm, unperturbed demeanor, on and off the track. He was also an amazing race driver, winning the Formula 1 drivers championship in 2007, driving for Ferrari. He was the ultimate "iceman."

Similarly, Scott Dixon is a cool and calm racer in the IndyCar Series. The New Zealander has won the IndyCar championship six times (as of 2022) and is the 2008 winner of the Indianapolis 500. He too is nicknamed the Iceman.

And in NASCAR, Terry Labonte, a Texan by birth, competed in various NASCAR series an incredible 36 years, from 1978 to 2014 (though 2004 was his last year of full time racing). He is a two-time NASCAR champion and a member of the NASCAR Hall of Fame. One story of how he got the Iceman nickname is that he posed on a large block of ice for a sponsor photo shoot.

Lando Norris is a Formula 1 driver for McLaren as of 2022 and has not been given the Iceman nickname.
2. Whose most famous nickname is "the Answer'?

Allen Iverson, one of the most dynamic playmakers in modern National Basketball Association (NBA) history, was an 11-time NBA All-Star, the 2001 NBA Most Valuable Player, the NBA Rookie of the Year in 1997, and a member of the NBA 75th Anniversary team. Iverson attended Georgetown University and was drafted first overall by the Philadelphia 76ers.

He's been nicknamed "Bubba Chuck" and "AI," but the one that he is most well known by is The Answer. It's somewhat uncertain how he got that nickname. A friend claims he gave Iverson the idea, but it's not clear that that is the original source of the name.

Many people just assume it means he was "the answer" to the problems the 76ers were having producing good seasons.
3. Who is nicknamed the "Mailman"?

You can probably guess the meaning of this nickname. His consistently excellent performance on the basketball court led people to say he "always delivers," and thus he was "the Mailman." Deliver he did: he was a two-time National Basketball Association Most Valuable Player, a 14-time NBA All-Star, and a two-time NBA All-Star Game MVP.

He won two Gold Medals with the United States Olympic Team, and was selected to the NBA 75th Anniversary Team. He is regarded as one of the best power forwards to ever play professional basketball.
4. Here's one of my personal favorite nicknames. What was NFL running back Christian Okoye's nickname?

If ever a nickname conjured up images that matched an athlete's performance and presence, this is it. Christian Okoye was a 250 pound, 6 foot 1 inch running back for the Kansas City Chiefs of the National Football League. He was known for an aggressive running style and for breaking tackles.

In other words, he was a "nightmare" to tackle. He was born in Nigeria in 1961, explaining that portion of the nickname. He played from 1987 until 1992. An accumulation of injuries ended his career. In his five years he gained nearly 5,000 yards and scored 40 touchdowns.

He led the NFL in rushing yardage in 1989, and is a member of the Chiefs' Hall of Fame.
5. What is "Spud" Webb's actual name, and what sport did he play?

Most people remember "Spud" Webb for his height, or lack of height. At 5' 6" he was extremely short to play professional basketball, yet he had a successful 12-year career in the National Basketball Association. More impressively, he won the NBA's 1986 Slam Dunk Contest, an annual event generally held in conjunction with the NBA's All Star game weekend.

He is the shortest player to ever win that contest. His height, in combination with his accomplishments, also made him a natural for product endorsements, including such major brands as Hardees and Coca-Cola.

His nickname of "Spud" was originally "Sputnik" - from the satellite - but was shortened to Spud soon after.
6. Who had the unusually distinctive nickname of the Splendid Splinter?

A member of the (U.S.) National Baseball Hall of Fame, Ted Williams was one of the greatest hitters in Major League Baseball history. He was the last MLB player to bat over .400 (batting .406 in 1941). He holds many MLB and Boston Red Sox batting records, even though he lost several years of his prime due to enlisting in the military during World War II.

He earned the nickname "Splendid Splinter" due to his lean frame, at 6' 3" and a bit over 200 pounds.
7. What nickname quiz would be complete without asking: who was known as The Divine Ponytail?

Roberto Baggio is a former Italian football player (soccer player for those of you in the U.S.), regarded as one of the better footballers of all time. He was active from 1982 to 2004, playing for several prominent clubs, including Milan and Juventus.

He was a long-time member of the Italian national team, and played in several World Cups. He was the 1993 FIFA World Player of the Year. His nickname of "the Divine Ponytail" came about, unsurprisingly, because of the long ponytail he sported for many years.

Some also feel the "divine" portion of the nickname is due to his Buddhist beliefs. The 2021 film about his life and career is titled "Baggio: the Divine Ponytail."
8. Whose nickname is The Great One?

No nickname quiz would be complete without including Wayne Gretzky, widely regarded as the most famous ice hockey player of all time, and many conside him the best to ever play. You would think that would explain his nickname, but in fact he received it from a reporter when he was only 10 years old (but already exhibiting his tremendous skills), and it stuck with him for his whole career. He scored more goals and more points than anyone else in National Hockey League history. In his 20 years of playing in the NHL he won the Most Valuable Player award nine times. His legacy is such that several ice hockey awards are named after him, and several video games use his name in their titles.

He is also known to people who do not follow ice hockey because of his famous quote "A good hockey player plays where the puck is. A great hockey player plays where the puck is going to be." The latter portion of that quote is especially famous. It or the whole quotation can be found on numerous quotation websites as well as in popular culture, e.g. in an episode of "The Office" (U.S. version).
9. You may know that wide receiver Calvin Johnson's nickname was Megatron, but what was his less positive-sounding earlier nickname?

An early career nickname, "Butterfingers," certainly is ironic given Calvin Johnson's development into one of the most highly regarded wide receivers in National Football League history. He was elected to the NFL's Hall of Fame in 2021 in his first year of eligibility (an especially impressive achievement for a wide receiver). Johnson himself has told the story of how in high school he used to be called "Butterfingers" for dropping balls, and that hard work and not giving up were key to improving and eventually becoming great.

He played for the Detroit Lions of the NFL from 2007 to 2015, and retired holding several NFL records, most notably for receiving yards in a season (1,964) and for number of consecutive games with at least 100 receiving yards (8 games in a row).
10. Which of these nicknames has NOT been commonly used for Charles Barkley?

Charles Barkley is not only a Hall of Fame basketball player and a popular, outspoken, and sometimes controversial sports commentator, but he's also the subject of numerous nicknames applied to him by his many fans (and critics). Often those nicknames are a reference to his rather roundish body. For example Boy Gorge and Round Mound of Rebound. However, if his body looks soft, Charles was anything but that in his style of play. He was a fearsome rebounder, especially for being only 6 foot 6 inches tall.

He played college ball at Auburn University, then became the fifth overall selection in the 1984 National Basketball Association draft, by the Philadelphia 76ers. He later moved to the Phoenix Suns. He is described as one of the most talented players to have never won an NBA championship, though he did reach the finals with Phoenix in the 1992-93 season. He was an 11-time All-Star and the league Most Valuable Player in 1993.
Source: Author ArlingtonVA


Other Destinations
Explore Other Quizzes by ArlingtonVA

Go to USA by Player Quizzes