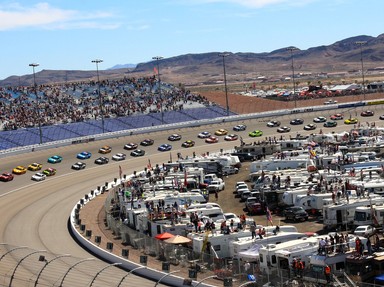 Nascar was founded by William H.G. France in 1948 to organize and promote stock-car racing. The tracks at that time had different rules and facilities, and Bill France legitimized a sport that was, at best, an unorganized hobby. He also founded the International Speedway Corporation.
The NASCAR Championship is the championship held in the NASCAR stock car racing series. Since 1972, the NASCAR Championship is also known as the Winston Cup. Before that, it was named the Grand National. The series became the Nextel Cup in 2004 and the Sprint Cup in 2008.
There are 397 NASCAR quizzes and 3,970 NASCAR trivia questions in this category. Free to play!

A new NASCAR quiz every hour! Over 3,970 quiz questions in rotation. Recent Scores

Nascar Drivers Along the Way

10 questions
Tough, 10 Qns, Nightmare, May 29 08
All multiple choice to see what kind of loyal Nascar fan you are. I hope that you have fun with it! :-)
Tough
Nightmare

They Sign the Checks 10 questions
Average, 10 Qns, Coonielady, Sep 27 13
Drivers and crew chiefs receive most of the attention, but there would be no Sunday afternoon left turns without the sport's backbone. This is a general quiz about ten NASCAR team owners, past and present.
Average
Coonielady
Sep 27 13
318 plays
This is category 671