Match the character/hosts to the American television show that first aired between 1982 and 1983.

In 2010, "The A-Team" movie was released that starred Liam Neeson and Bradley Cooper.
6. Simon and Theodore


Answer: Alvin and The Chipmunks

"Dungeons & Dragons" television series was based on the fantasy role playing game that was first released in 1974.
8. Judge Milton C and Skid


Answer: He-Man and The Masters of the Universe

"Mama's Family" was spin-off from series of sketches called "The Family" that was shown on "The Carol Burnett Show" from 1974 to 1978.
Source: Author wwe84 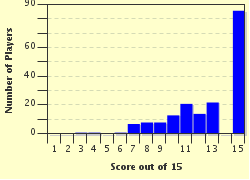 
Other Destinations
Explore Other Quizzes by wwe84