"Everybody Loves Raymond"-"Cruising with Marie Quiz

This is about an episode in season two that features Ray having to go on a cruise with his mother because his father "popped his knee". What else do you know about this episode?

Quiz Answer Key and Fun Facts
1. Frank said he first popped his knee in the Korean War. How did he actually injure his knee?


Answer: He fell off a massage table in Tokyo.

You learn that he didn't actually injure his knee again. He just pretended so he didn't have to go on the cruise.
2. What did Marie say she was going to give Debra for letting Ray come with?

Even though it would sound like Marie to give her a lasagna, she said she would give her the shower cap from the toiletries set in the room.
3. What was the name of the ship they were on?

When their social director Ted walks in on them hugging, he said that it was the "Star Princess". Ted always says that Marie and Ray were a couple.
4. While the "Merry Widows" were singing, who played the piano?

They asked Marie if she could play some songs from a book entitled "The Best of Broadway".
5. Which of these activities did Marie NOT do?

When Marie played shuffle board she missed the first time, but thanks to some help from Walter she got a seven.
6. When Frank is in the hot tub, what does the bubble box in the background say?

That is a very famous bath-bubble brand.
7. Which one of these things did Marie say to Ray on the cruise that she doesn't usually say to him?

It is strange because she always cooks for him and makes sure he's well fed. She doesn't say any of the other things on the cruise.
8. In this episode, it mentions which suburb of New York they lived in. What was it?

Marie: "This is Mary Beth from Jazzercize."
Ray: "I'm Ray from Lynbrook."
9. When Ray and Marie came home what was Robert drinking?

Ray and Robert drink Ginger Ale a lot.
10. What did Ray bring for Robert?

He made it himself. He said it was "oriental".
Source: Author Handro 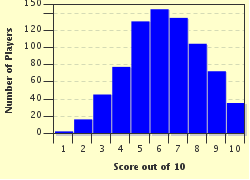 
Other Destinations
Explore Other Quizzes by Handro