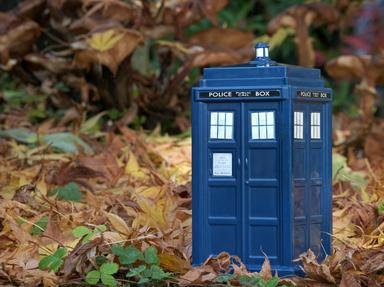 Order Me A Doctor! Trivia Quiz

By 2022, there had been 13 official "incarnations" of Doctor Who in the long-running BBC TV show. But can you place the actors (and one actress) who have portrayed the character in chronological order, starting with the first?


The first Doctor Who was played by William Hartnell, who portrayed the character in the first three series of the show and part of the fourth, between 1963 and 1966. He appeared in a total of 29 separate serials across 134 episodes, some of which are now partly or completely lost (it being common BBC practice at the time to destroy old show recordings to save storage space).

Hartnell's Doctor was portrayed as an elderly, rather irascible man. In the first two series, he was accompanied by Susan, a girl described as his "grand-daughter", and two of her human teachers, Ian and Barbara. Hartnell died in 1975 at the age of 67.
2. Patrick Troughton


Patrick Troughton played the Second Doctor from 1966 to 1969, having regenerated from the First at the end of the serial "The Tenth Planet". He appeared in 21 stories across 119 episodes, spanning three series. The Doctor he portrayed was rather more humorous than Hartnell's, wearing a bowtie with a scruffy frock coat, and sometimes playing the flute.

His companions included characters such as Jamie (an 18th-century Scot), Victoria (a Victorian orphan) and an astrophysicist named Zoe.
3. Jon Pertwee


The Third Doctor was portrayed by Jon Pertwee between 1970 and 1974, in five series which included 128 episodes and 24 different stories. Whereas his predecessor was sometimes described as a "cosmic hobo", Pertwee's Doctor was very much a dandy, often seen wearing a smoking-jacket, ruffled shirt and even a red-lined cape. For much of his tenure, the Doctor was confined to planet Earth, dealing with threats to humanity alongside the United Nations Intelligence Taskforce (UNIT).

During Pertwee's time as the Doctor, several favourite characters were introduced, such as Brigadier Lethbridge-Stewart (played by Nicholas Courtney) and renegade Time Lord "The Master" (Roger Delgardo), as well journalist Sarah-Jane Smith (Elizabeth Sladen), who became one of his most popular companions.
4. Tom Baker


Tom Baker's Fourth Doctor is often described as the most "iconic" and recognisable incarnation of the character, with his shock of curly hair, ridiculously long woollen scarf, and liking for jelly babies. Baker played the role between 1974 and 1981, across seven series (41 stories totalling 172 episodes), making him at the time of writing (January 2022) the most prolific incarnation.

His companions included Sarah-Jane Smith, who has previously travelled with the Third Doctor, and Louise Jameson's primitive and scantily-clad warrior, Leela. The robot dog, K9, also made his first appearance during this period, in the 1977 story "The Invisible Enemy".
5. Peter Davison


When the Fourth Doctor regenerated at the end of the 19th season in 1981, he returned in January 1982 as Peter Davison, the Fifth Doctor. Davison's tenure lasted three seasons, covering 69 episodes (fewer than any of his four predecessors). His costume was likened to that of an Edwardian cricketer, with the somewhat incongruous addition of a stick of celery worn like a buttonhole on his lapel.

Among several companions who travelled with him, perhaps the most noteworthy was Adric (played by Matthew Waterhouse) who became the first companion to die during one of the serials.
6. Colin Baker


Colin Baker's Sixth Doctor spanned a further three series of the show, between 1984 and 1986, although these only totalled 31 episodes. The last 14 of these (the 23rd season overall) comprised one long "story arc" known as "The Trial of a Time Lord". Baker was always supposed to continue for at least one more season, but after the 23rd season had been broadcast the BBC decided to put the show on hold for over a year, and Baker left the role without having filmed a formal "regeneration" into the next incarnation.
7. Sylvester McCoy


The Seventh Doctor, played by Sylvester McCoy, was the last of the so-called "Classic Who" incarnations. McCoy played him for the final three seasons, from 1987 to 1989, 42 episodes in total. The most notable features of his outfit were a Panama hat and an umbrella with a question-mark-shaped handle.

While his characterisation was generally liked by fans, it was clear that by this time the BBC had lost interest in the show, and the scripts and budgets were generally below par. At the end of the 26th season the BBC announced that it would not be commissioning a 27th. And that seemed to be that.
8. Paul McGann


The Eighth Doctor was portrayed by Paul McGann in a one-off TV film in 1996, which was intended to kick-start a revival of the show but failed to generate sufficient enthusiasm. Sylvester McCoy also took part, in order to show his Seventh Doctor's regeneration into the Eighth. Although this was McGann's only major screen appearance as the Doctor, he went on to play him in over 70 audio dramas that were both broadcast on radio and released in various formats. He also appeared in a short mini-episode filmed for a webcast in 2013 prior to the 50th anniversary special, in which he regenerates into the so-called "War Doctor" played by John Hurt.

NB - Hurt's Doctor is not considered to be part of the official "numbered series", so does not appear elsewhere in this quiz.
9. Christopher Eccleston


The Ninth Doctor is the first of the so-called "New Who" incarnations and was played by Christopher Eccleston in the first series of the revived show in 2005, which consisted of 13 episodes of 45-minutes each. Although the series was a great success with both critics and viewers, Eccleston didn't particularly enjoy the experience and decided towards the end of filming that he didn't want to return for future series. This did at least give time for a sequence to be filmed in which he regenerates into the Tenth Doctor.

During the series, his main companion was Rose Tyler (played by Billie Piper, up until then best known as a teenage pop singer), although John Barrowman's Captain Jack Harkness also appears in a couple of episodes.
10. David Tennant


The Tenth Doctor was played by David Tennant in the next three series of the show, which were broadcast between 2005 and 2010. He appeared in 47 episodes in total, most of which were 45-minute stand-alone stories, with a few two- or three-parters. During the first of his three series, he was accompanied by Billie Piper's Rose Tyler, followed by Martha Jones, played by Freema Agyeman, and then Donna Noble (Catherine Tate).

In an episode called "School Reunion" he also meets up with Elizabeth Sladen's Sarah-Jane Smith, who had been a companion to both the Third and Fourth Doctors, and the robot dog, K9. During Tennant's tenure, John Barrowman reprises his role as Captain Jack, and Alex Kingston makes her first appearance as the futuristic archaeologist River Song.
11. Matt Smith


During the three series (plus five specials) broadcast between 2010 and 2013, the Eleventh Doctor was portrayed by Matt Smith, who at 27 became the youngest actor to take on the iconic role. His main costume feature was a bow-tie, which was a deliberate tribute to Patrick Troughton's Second Doctor, whose quirky sense of humour was shared by Smith's portrayal.

For the first of his two series he was accompanied by Amy Pond (Karen Gillan) and her husband Rory Williams (Arthur Darvill), with Alex Kingston's River Song making regular appearances as part of a wider story arc than ran through several series. When Amy and Rory were written out, the Eleventh Doctor eventually paired up with Clara Oswald, played by Jenna Coleman.
12. Peter Capaldi


As a contrast to the youthful Matt Smith, the Twelfth Doctor was played by Peter Capaldi, who at 55 was the same age as William Hartnell when he took on the role of the First Doctor. Capaldi played him for three series, broadcast between 2014 and 2017. At first, he was accompanied by Jenna Coleman's Clara Oswald, followed by Pearle Mackie's Bill Potts and Matt Lucas's alien Nardole.

Capaldi's portrayal of the Doctor was generally felt to be darker and more cynical than Matt Smith's, although some rather preachy scripts didn't help. Further appearances of River Song helped to lighten the atmosphere, as did a quirky female version of The Master known as "Missy" played with great aplomb by Michelle Gomez.
13. Jodie Whittaker


In an attempt to revitalise the stuttering "New Who" series, the Thirteenth Doctor was played for the first time by a woman, Jodie Whittaker, whose first appearance was in 2018. This naturally caused some consternation among long-established fans, although after three series it was generally agreed that Whittaker had done a good job in the face of some fairly uninspiring scripts by Chris Chibnall, who took over as the show-runner at the same time.

At the time of writing (January 2022), it had been announced that Whittaker would be leaving the show later in 2022.
Source: Author stedman

Go to Doctor Who Quizzes

More 'Dr Who' - The Doctors Quizzes