This quiz is all about who did what for who, to show how much of a true Friend they are! Pretty easy, all multiple choice.

Quiz Answer Key and Fun Facts
1. Who put a turkey on his or her head to make another 'Friend' feel better?

It was when Chandler 1st told Monica he loved her and it also scared the bejeesus out of Joey! lol
2. Who missed an appearance on a television show to take another 'Friend' to the hospital?

Ross missed his appearance on the 'Discovery Channel' to take Rachel to the hospital.
3. Who let themselves get stung by a bee to prove to another 'Friend' there are self-less good deeds?

Even though Phoebe found out the bee died afterwards so it wasn't much of a self-less good deed.
4. Who let another 'Friend' win a poker hand, although he/she had the better hand?

5. Who flew to London to tell another 'Friend' they loved them but instead congratulated them on their upcoming marriage?

6. One "Friend" claimed that he/she had never had the perfect kiss. Which Friend remedied this by kissing the deprived "Friend"?

Ya, Joey gave Phoebe her perfect kiss! *sniff*
7. Who agreed to quit seeing another 'Friend' for the sake of their marriage?

8. Who first found out about their "Friends'" secret romance and kept it a secret because they asked them to?

I know that may be a bit controversial but the key word was FIRST...
9. Who got a third divorce from another 'Friend' for the sake of their 'Friend'?

10. Finally, who gave up his/her fear of commitment to marry another 'Friend'?

I had to make it a fill in the blank, it was just way too easy!
Source: Author NalaMarie 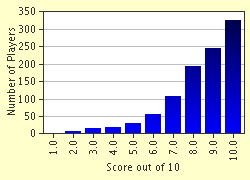