Are You a Fan of "Friends"? Trivia Quiz

This quiz has various questions pertaining to "Friends". Enjoy!

Quiz Answer Key and Fun Facts
1. In which year did "Friends" debut in America?

In the thirteenth episode of the fifth season, ("TOW Joey's Bag"), Phoebe meets her father, Frank Sr., for the first time. He's a little uncomfortable and asks Phoebe, "If I told you I'm sorry I left, would it make you feel better?" She tells him it doesn't so he may as well leave.

He says, "You know, in my defense, I was a lousy father." Phoebe asks, "That's a defense?" He replies, "Yes it is. I burned the formula and I put your diapers on backwards. I mean, I made up a song to sing you to sleep, but that made you cry even more!" Surprised, Phoebe asks, "You make up songs?" He tells her, "Well no, just that one. But, it was stupid. Let's see, how did it go." He starts singing, "Sleepy girl, sleepy girl. Why won't you go to sleep? Sleepy girl, sleepy girl. You're keeping me up."
3. Which of the following choices identifies the actresses who played the roles of Rachel's sisters, Jill and Amy?

Reese Witherspoon starred as Jill, the spoiled sister. She appeared in back to back episodes, "TO Where Chandler Can't Cry" and "TOW Rachel's Sister". Christina Applegate played Amy Green, the irresponsible sister. She first appeared in the episode, "TOW Rachel's Other Sister" and again in the episode, "TO Where Rachel Sister Babysits".
4. In the episode, "TOW the Metaphorical Tunnel", Monica and Rachel gave advice to Chandler on how to act when Janice called. Of the following choices, which one correctly matches the way he was suppose to act?

When Chandler thought he had blown it with Janice, Monica and Rachel were helping him cope. When the phone rings and he answers, it's Janice. He gets nervous so Monica tells him, "Pretend like you just woke up. That will throw her off. Be sleepy." Rachel then adds, "And grumpy." Chandler says, "Will you stop naming dwarves?"
5. What is the paleontologist's name whom Ross dates only to find out she's extremely messy?

In the sixth episode of the fourth season, ("TOW the Dirty Girl"), Ross dates a paleontologist named Cheryl. The first time he sees how messy her apartment is, he decides he doesn't want to go back. Joey convinces him that he should go back if he really likes her.

The next time Cheryl invites Ross in, he accepts. She says, "I'll be right back. Make yourself comfortable." Just as Ross sits on the couch, something falls on him from above and he frantically brushes it off his neck. Cheryl sneaks up behind him and says, "Guess who?" Ross says, "Department of Sanitation?" She says, "It's me" and then kisses him. Just as they move further down on the couch, his hand moves under some garbage.

He lifts his hand up and sees it's covered with something brown and gooey.

They sit up, moaning in excitement, and Cheryl straddles Ross. Ross then finds a slice of bologna and moans higher and louder. At that moment, a bag of potato chips on the coffee table starts to move. Ross throws Cheryl off his lap, grabs a tennis racket and a toilet brush and starts pounding the bag. Cheryl yells, "Wait! No! No! It's my hamster! It's Mitzi!" Ross says, "Oh my god! I'm so sorry, Cheryl. I must have freaked out." Cheryl looks in the bag and says, "Oh, thank god, it's not Mitzi.

It's just a rat."
6. Which character said, "Hey, look, I don't need you getting all judgmental and condescending and pedantic"?

In the nineteenth episode of the second season, ("TO Where Eddie Won't Go"), Ross and Joey are in Joey's apartment and Ross is lecturing him about how much he owes to these different companies and yet Joey won't take an audition because it's only a two-line part. Ross tells him, "Suck it up man, it's a job, it's money." Joey says, "Hey, look, I don't need you getting all judgmental and condescending and pedantic." Ross asks, "Toilet paper?" Joey says, "Yeah." (Joey had 'word-of-the-day' toilet paper.)
7. What is the next line in this theme song: "So no one told you life was gonna be this way, your job's a joke, you're broke, __"?

The "Friends" theme song is sung by The Rembrandts. The first chorus is, "So no one told you life was gonna be this way, Your job's a joke, you're broke, your love life's D.O.A., It's like you're always stuck in second gear, When it hasn't been your day, your week, your month, or even your year..."
8. When Joey read for the part as Mercutio, what is the name he gave as his own when the casting directors asked?

In the closing credits of "TOW The Fake Monica", we see Joey on stage, and the casting director asks, "Name?" Joey says, "Holden McGroin."
9. Gunther finally reveals his feelings to Rachel in the final episode, "The Last One". She's touched and tells him, "When I see a man with hair __ __ __ __ , I'll think of you." Which of the following choices correctly completes Rachel's quote?


Answer: brighter than the sun

Gunther approaches Rachel and says, "I know you're leaving tonight, but I just have to tell you. I love you. I don't know if that changes your plans at all, but I thought you should know." Rachel says, "Gunther. Oh, I love you too. Probably not in the same way, but I do. And when I'm in a café, having coffee, or I see a man with hair brighter than the sun, I'll think of you."
10. Which of the following girls did Ross meet in China?

Once Julie's introduced to everyone, she starts telling a story, "We're on this bus, that's easily 200 years old and this guy..." Rachel interrupts her and says, "And the chicken pooped in her lap. Oh, I'm so sorry. I just gave away the ending, didn't I? Oh! I just heard this story in the cab, and it is all I can think about." When Monica asked how did they meet, Julie says, "Well, Ross and I were in grad school together." Ross joins in, "But we haven't seen each other since then. Well I land in China, guess who's in charge of the dig?" Rachel then says, "Julie! Julie. Isn't that great? I mean, isn't that just kick-you-in-the-crotch, spit-on-your-neck fantastic?"
Source: Author NalaMarie 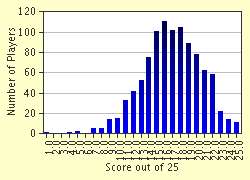