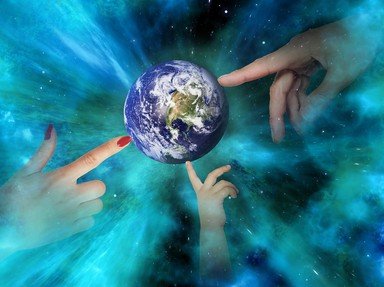 A selection of TV trivia down the ages from both sides of Atlantic Ocean.

Quiz Answer Key and Fun Facts
1. Which children's TV show marked its 44th year in November 2013 with more than 4,300 episodes behind it?

The long-running US TV children's show "Sesame Street" first aired on NET on November 10, 1969. A survey in 2009 estimated that more that a remarkable 95% of American pre-school children watched the show before they were three years old. Of the alternatives, "Captain Kangaroo" enjoyed a 30-year run on CBS, airing from 1955 until 1984. "Blue Peter" has aired on BBC channels since its debut in October 1958 and thus celebrated its 55th anniversary in 2013 with more than 4,800 episodes behind it. The first program ever shown on BBC when the channel launched in 1964, "Play School", ran for 24 years before closing in 1988.
2. The US TV Western series "Bonanza" was set on the Ponderosa ranch, but in which state is the ranch located?

Debuting on NBC in September 1959 and running for 430 episodes, by the time "Bonanza" finished in January 1973 it was the second longest-running Western TV series (after only "Gunsmoke").
The Cartwright family's home Ponderosa Ranch is located on the outskirts of Virginia City in northern Nevada, near Lake Tahoe. The series was set in the 1860s, encompassing the period of the American Civil War.
3. Virginia Stride and Gordon Rollings were the first presenters of which long-running UK children's TV show?

Although it wasn't supposed to be (there was a power cut that blacked out the scheduled first night) "Play School" was the first programme shown on the new BBC2 channel when it launched belatedly on the morning of April 21, 1964. Virginia Stride and Gordon Rollings were the first of more than 40 presenters of the show in its 24-year run on UK TV.
4. Hit 1970s-80s US TV sitcom "Happy Days" is set in which city?

"Happy Days" debuted on ABC in January 1974 and ran for eleven seasons and 255 episodes before finishing in September 1984. Set in Milwaukee, WI in the period between the mid-1950s to the mid-1960s, it presented an idealized version of life in an American mid-West city.
Guest stars lined up to appear in one of the most popular sitcoms of the period. Those who appeared on it include singer Frankie Avalon, Morgan Fairchild, Tom Hanks, Lorne Greene, Cheryl Ladd, Penny Marshall, Robin Williams and Milwaukee Braves baseball legend Hank Aaron.
5. Which former winner of the show returned to host the UK TV talent show "Opportunity Knocks" in its final year on air, in 1990?

Born in Manchester in 1931, comedian Les Dawson made his TV debut on "Opportunity Knocks" in 1967. A master of the deadpan style of delivery, Dawson became known particularly for his jokes about his mother-in-law.
"Opportunity Knocks" was hosted by Hughie Green from its debut on BBC Radio in 1949. It switched to TV in 1956, hosted by Green until 1978. The show returned to the screen in 1987 with Bob Monkhouse as the host, and Les Dawson took over for the final series in 1990.
6. Rock Hudson starred as Police Commissioner Stewart "Mac" McMillan in the 1970s US TV police procedural series "McMillan & Wife", but who played his wife, Sally?

Born Susan Jane Miller in 1946 in Los Angeles, Susan Saint James made her TV debut as a regular in the late-1960s TV series "The Name of the Game" starring Robert Stack. She began playing Sally Hull McMillan in 1971, a role that lasted six years. She is, perhaps, best known as Katherine 'Kate' McArdle from the 1980s sitcom "Kate & Allie". Of the alternatives, Gretchen Corbett played James Garner's lawyer and girlfriend in "The Rockford Files"; Barbara Anderson played Raymond Burr's assistant Eve Whitfield in early seasons of "Ironside"; and Deanne Bray played the title role in "Sue Thomas: F.B.Eye".
7. By what nickname was the character played by Frank Thornton in "Last of the Summer Wine" known?

Born Frank Thornton Ball in London in 1921, Frank Thornton is best known as the stuffy Captain Stephen Peacock in the sitcom "Are You Being Served?" He joined "Last of the Summer Wine" in 1997 as Herbert 'Truly' Truelove and stayed until the end in 2010.
Of the alternatives, William 'Compo' Simmonite was played by Bill Owen; Cyril Blamire, played by Michael Bates, was the first 'third man' when the series began in the early 1970s; and Seymour Utterthwaite, played by Michael Aldridge, was the first successor to Foggy in 1986.
8. Buddy Ebsen and Lee Meriwether played a father and daughter-in-law running a Los Angeles private detective agency in which 1970s US TV series?

"Barnaby Jones" debuted on CBS in January 1973. Its 178th and final episode closed the eighth season in 1980.
Born Christian Ludolf Ebsen jr. in Belleville IL in 1908, Buddy Ebsen had previously starred as Jed Clampett in the hit sitcom "The Beverley Hillbillies".
Born in Los Angeles in 1935, Lee Meriwether won the "Miss America" title in 1955. She played Catwoman in the 1966 film version of "Batman" and Lily Munster in the 1980s TV sitcom "The Munsters Today".
9. Following the death of actor Clive Hornby in 2008, Richard Thorp broke his record of 28 years to become the longest-serving cast member of which UK TV soap opera?

Farmer Jack Sugden was first played by Andrew Burt in the very first episode of "Emmerdale" in 1972. Leaving in 1973, he made a brief return in 1976 but then departed for Italy in order to write a book. When he returned in 1980, Colin Hornby took over the role and played it until his death in 2008. The character himself made his final screen appearance in February 2008, left to visit his mother in Spain and never returned.
Richard Thorp, whose acting credits include the epic 1955 "The Dam Busters", first appeared as Alan Turner in "Emmerdale" in March 1982. He broke Colin Honrby's record to become the show's longest-running actor in 2010, and continued in the role until 2013. The last scenes filmed by Thorp aired in June 2013 and the actor died in October of that same year.
Chris Chittell, who has played the villainous Eric Pollard since 1986, has surpassed Hornby's tally of 28 years in 2014, moving him into second place.
10. You will surely remember John Boy from the 1970s US TV series "The Waltons", but what is the name of the family dog?

Making its debut on CBS in September 1972, "The Waltons" ran for nine seasons and 210 episodes before ending in 1981. The series followed the fortunes of the Walton family, living in a rural Virginia community during the period of the Great Depression and World War II.
John jr, nicknamed John Boy, the eldest of the seven Walton children, was played by Richard Thomas. The family dog was named Reckless.
Source: Author EnglishJedi 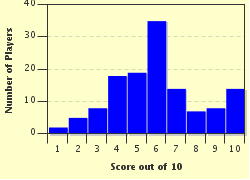 Related Quizzes
1. All Irish TV Average
2. Drama in the Palace Average
3. From Great Britain To The USA Average
4. Indian Reality Shows Average
5. Ireland On The Small Screen Average
6. Nordic Noir and Beyond Average
7. State the Show or State the Show (Down Under) Average
8. Surfing the Waves in New Zealand Average
9. Television With Subtitles Average