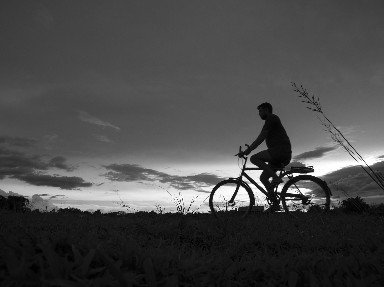 This "people-powered" form of transportation is clean and economical. Here's a look at the history of the vehicle. Hope you enjoy. Thanks.

Quiz Answer Key and Fun Facts
1. One early type of bicycle was known for its huge front wheel. What was this vehicle called?

The bike was also called the "penny farthing." It was hard to balance on this craft.
2. What item added to bicycles in the 1880s greatly simplified steering and enabled manufacturers to create craft with smaller wheels?


Answer: The chain connecting the pedal system to the back wheel

Until then, the primary way to steer was to lean one's weight over the front wheel. This was daunting, as well as dangerous, because of the steep height of early front wheels. With the chain, however, bicycles with two modest-sized wheels of the same height became the norm.
3. What did John Boyd Dunlop invent in 1888 that proved vital to the popularity of bicycles?

Dunlop was the founder of Dunlop Tires. Inflatable tires were easy to install and repair.
4. What other invention of the late 1880s greatly enhanced bicycle safety?

Until then, the primary method of stopping was the coaster brake system, also known as foot brakes. This involved simply rotating the pedals backward.
5. What was the distinguishing feature of the Otto Dicycle, produced in the late 1800s?


Answer: The seat was located between the two wheels

One wheel was on each side of the chair. The cycle was made by the BSA company of the United Kingdom.
6. The Pope Manufacturing Company, based in Connecticut, began to build what type of bicycle in the 1890s?

These vehicles were equipped with wide white tires. They also carried ammunition boxes, machine guns and other field gear.
7. What bicycle company was founded by Colonel Albert A. Pope?

The company is based in Westfield, Massachusetts. It was founded in 1877. The company expanded to include school furniture in the 1950s.
8. What company manufactured the Radio Bicycle, which included a radio built into the frame?

Huffy was founded by George Huffman. It supplied bicycles for the U.S. team in the 1984 and 1988 Summer Olympics.
9. On a tandem or two-person bicycle, what is the common term for the rider in front?

The rider in back is called the stoker. The captain handles the braking, steering and shifting.
10. The German-made Draisienne bicycle was made out of what material?

It was invented by Baron von Drais in 1817. It had no pedals, although it did have two wheels. Riders moved it simply by pushing their feet along the ground.
Source: Author neon000 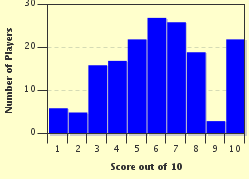