Thanks to kyleisalive and his Commission XIX, "Three Things", I have come up with this transportation-based quiz that is hopefully not too taxing on the grey matter!

Quiz Answer Key and Fun Facts
1. The Japanese Shinkansen is also known as what type of train?

'Shinkansen' refers to the high-speed railway network in Japan, although outside Japan the term is used to refer to the actual trains. 'Shinkansen' means 'new trunk line' and started in 1964. The maximum speeds used on the Shinkansen are around 300km/h (186 mph).
2. Which train service is named for two of the oceans bordering Australia, and made its first crossing of the country (from Sydney to Perth) in 1970?

The Indian Pacific was the first train service crossing Australia in one trip, in late February 1970. It had previously been impossible due to Australia not having a standard rail gauge from east to west, this was finally rectified a few months before the Indian Pacific left Sydney.
3. Which Australian train service took 126 years to complete and runs from Adelaide to Darwin on a regular basis?

The Ghan passenger train travels the Adelaide-Darwin railway stopping at Alice Springs at the approximate half-way point of the journey. The initial railway was laid (starting in 1878) as narrow gauge track as far as Alice Springs but was completely replaced in 1980 by standard gauge track. The track was then extended to Darwin in 2004.
4. Most people could tell you that Qantas is an Australian airline and its symbol is the flying kangaroo. But can you tell me which colour (along with white) is the main colour of the airline logo and plane tail?

The Qantas logo which includes the 'flying kangaroo' was introduced in 1944.

The kangaroo was originally white with a red background, then later red with white background and was changed back again in 1984 to white with a red background. The logo was redesigned in 2007 to suit changes to the shape of airplane tails and designated 'no paint areas' on newer aircraft.
5. Produced by Lockheed in the 1930s, what is the type of plane flown by Amelia Earhart on her round-the-world (final) expedition? (hint: Lockheed Model 10 ____)

The Lockheed Model 10 Electra was designed by Hall Hibbard, administrator and engineer of the Lockheed Corporation, and was their first twin-engine, all-metal design.

Amelia Earhart's Electra 10E was built to her own specifications by Lockheed, including a modified fuselage to hold a larger fuel tank.
6. I'm not going to ask for the type of car that appeared in the 'Back to the Future' movie series, instead I'd like you to tell me where this type of car was ORIGINALLY manufactured (it's a suburb in Belfast, Northern Ireland).

The Ectomobile was a 1959 Cadillac Miller-Meteor that was used in the 'Ghostbusters' (1984) movie. The car was bought by (character) Ray Stantz needing (assuming among other things) "suspension work and shocks, brakes, brake pads, lining, steering box, transmission, rear end..., new rings, mufflers, a little wiring....".
8. Which company, headquartered in the Ukraine, manufactured one of the largest operating aircraft in the world, the AN-225?

Antonov is a state-owned commercial company headquartered in Kiev, Ukraine, and is named after its founder Oleg Antonov. The An-255 was designed to carry the Buran orbiter (spacecraft) and other equipment for the Soviet space program in the 1980s. The An-255 can carry up to 200,000kg (440,000 lb) on top of it, or up to 250,000kg (550,000 lb) inside it.
9. Which 1983 movie sees a Porsche 928 rolling down a hill onto a pier (which collapses) and ending up in Lake Michigan? (hint: this movie also stars Tom Cruise in his underwear, socks and a pink dress shirt dancing to Bob Seger's 'Old Time Rock and Roll')

The Porsche 928 shown in the movie 'Risky Business' was actually four different cars. A fifth was used for promotional shots and publicity and a sixth was used for its sound (the sounds were taken from another Porsche 928 with a hole in its exhaust). All cars were manufactured between 1978 and 1981. Due to the difference between the cars, each one was used for a different type of shot in the movie - either the internals, a full side shot or a side shot above the wheel line.

For a really interesting read about a man's quest to find the original Porsche 928, it can be found on the 'excellence' magazine website ("Quest for RB 928).
http://www.excellence-mag.com/issues/157/articles/quest-for-rb-928
10. Take the first letter of each answer in the previous nine questions to discover the mode of transport used and sung about by the Wiggles. (hint: toot toot, chugga chugga...)

With Murray, Jeff, Anthony and Greg all piled into the big red car there's music to be made! According to the lyrics to 'Big Red Car', Murray is in the back seat playing his guitar, Jeff is having a bit of a snooze, Anthony is eating some fruit and Greg is doing the driving. Sounds like The Wiggles are having some fun!
Source: Author lones78 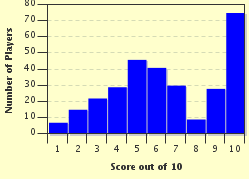 Related Quizzes
This quiz is part of series Commission #19:

Not one...not two...but three things graced each title from this Quiz Commission in the Author Lounge from August 2011. Our authors covered all the bases with this challenge!


Other Destinations
Explore Other Quizzes by lones78