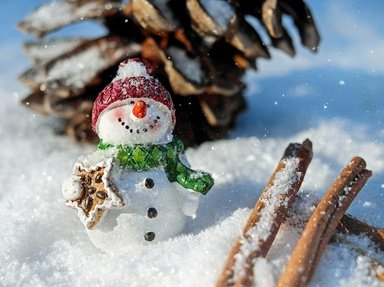 Christmas Foods From Around the World Quiz

Holiday foods around the world vary greatly. Here is a quiz to whet your appetite for some of the holiday foods eaten by cultures other than your own.

Quiz Answer Key and Fun Facts
1. A "stollen" is a German variety of which Christmas sweet treat?

Stollen is a loaf-shaped, frosted, German version of a fruitcake. Stollen was first mentioned in 15th century writings but has been being made for much longer than that. The cake itself contains very little sugar; the sweetness of the stollen comes from the candied fruit that is added.
2. In the Czech Republic what kind of smelly soup is usually eaten on Christmas Eve?

Fish soup, usually made of carp, is eaten on Christmas Eve along with potato salad. Gingerbreads and cookies are consumed throughout the holiday and exchanged with friends and neighbors.
3. Cesnica is a Christmas bread eaten in Serbia. What object is inserted into the dough before it is baked?

A silver coin is placed in the dough and then it is baked. At Christmas dinner this round loaf of bread is held by the family and turned around three times counterclockwise. The loaf of bread is then broken off among the family members. The person who finds the silver coin in their bread is believed to have wonderful luck in the coming year.
4. A Japanese Christmas cake is a sponge cake with a whipped cream icing and topped with which fruit?

A Japanese Christmas cake is a white cream cake or sponge cake frosted with whipped cream and strawberries. It often has chocolate sprinkled, melted or strewn on top as a garnish. There are even recipes that call for it to be served on a plate made of chocolate!
5. There was never meat in mincemeat.

Some recipes for this British favorite call for meat and some do not. Mince is a combination of spiced apples, raisins, sultans, suet and lots of spices. Older recipes will include beef and venison. This preserve is used in pies and tarts which range in size from single serving to large 9" pies.
6. In Finland, almost every family will have a roast Christmas ham served with which of the following condiments?

Turkeys were brought to Europe around 1650 by Sebastian Cabot after a trip to North America where the turkey was indigenous. Many types of fowl are eaten at Christmas such as goose and ptarmigan. But turkey and all the fixings as eaten in the U.S.A. has spread all over the world and has been incorporated into the Christmas dinners of people of many cultures.
8. In Chile around Christmas they enjoy an eggnog like drink they call Cola del mono. What special ingredient is added to make this drink different from North American eggnog?

Cola del mono is a much stronger version of American eggnog. In Chili they add very strong coffee and anise a liquorice flavored plant, to their drink. It is usually only drank by adults due to its high alcoholic content which includes liberal amounts of both rum and tequila.
9. In the country of Italy, Christmas is usually a day of penance and only bread and water or wine is consumed.

Italy is a country that loves to celebrate. This statement is completely false. Italians will have a huge meal that can have as many as 10-15 different foods and can last as long as five hours. Their meals can include seafood, pasta, breads, wines, salads, puddings, cheese, and fruit.
10. Mulled wine is a popular holiday drink that is served warm with spices.

Mulled wine is usually a red wine, spiced, and then served very warm, often with fruit added. The garnish is often a cinnamon stick. It is a popular holiday drink in many parts of the world.
Source: Author dcpddc478 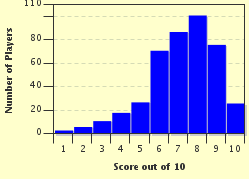