Those who want to communicate effectively in German need to learn the genders and plurals of the nouns. Test your knowledge and have fun.

In some South German dialects the plural 'Wägen' is also used (in speech). Note also the very 'wagen (reg.) - to dare, risk 'Der Wagen' should not to be confused with 'die Waage', plural 'Waagen' - scales.

Don't confuse 'der Wagen' with 'die Wiege' (pl. -n), otherwise you may provoke merriment, as did the young man who allegedly went into a shop and said, 'Ich möchte eine Wiege. Ich will etwas wagen'. (I would like a cradle. I want to risk something). Of course he should have said: ' Ich möchte eine Waage. Ich will etwas wiegen'. ('I would like some scales. I want to weigh something').
3. The plural of 'der Kunde' is 'die ...'?

'Der Kunde' (customer) is a standard 'weak' noun, and so in all cases in the singular *except* the nominative it ends in -n. It is declined in the singular thus: der Kunde, den Kunden, des Kunden, dem Kunden. Please never confuse 'der Kunde' with 'die Kunde', which means 'news (item)'.
4. The plural of 'die Dame' is 'die ...'?

If a feminine noun can form the plural by adding '-en' it usually does so, but there are a few exceptions, such as die Mutter - pl. die Mütter.
7. The plural of 'die Stadt' is 'die ...'?

Means 'eye'. Despite the plural form, it is *not* declined as a weak noun in the singular.
Source: Author bloomsby 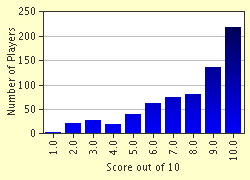