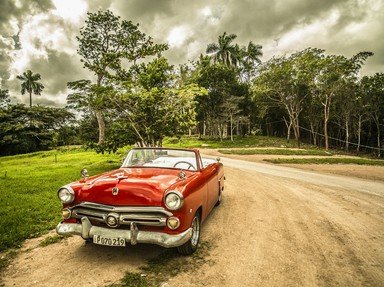 So You Want to be a Car Owner? Quiz

Is buying a car in the U.S. really a piece of cake or are there easy mistakes that you can make? What about owning one? Are there things to know that'll make being a proud car owner easier? Take this quiz and see. Good luck. :o )

Quiz Answer Key and Fun Facts
1. If you can afford the monthly payments and the insurance, does it make any difference what make you buy as far as cost for maintenance and repairs are concerned?


Answer: Yes, since exotic makes are more expensive to maintain.

Buying an exotic make, such as a Ferrari and Lamborghini, versus buying a common make, such as Ford and Toyota, can end up costing you a big chunk of change. Aftermarket parts are more readily available for the more common makes and are less expensive than factory parts.

Also keep in mind that few mechanics specialize in exotic cars, so if you can't do the job yourself it can be tricky to find someone that can do it for you at a reasonable rate. If you're interested in finding out which cars have lower maintenance costs compared to others, IntelliChoice comes out with a SmartChoice Maintenance Costs Award each year that can be found at www.intellichoice.com.
2. You've decided that you're going to buy a Ford Mustang from the dealership. You walk onto the lot and see five of them lined up side by side, with four different colors. Which one should you go for, keeping resale value in mind?


Answer: A silver one.

A car with a neutral color almost always has a higher resale value. The exception can be found with "designer" cars. Also, if you ever need to have a paint job done, matching a neutral color is easier and less expensive than an unusual one.

I've included these two articles that mention color and resale value, as well as other tips for smart car buying:

http://money.cnn.com/2006/02/23/Autos/resale_value/index.htm
3. Considering the color options for the Mustang you've decided to buy, yellow, silver, purple, or orange metallic, you're sold on the orange metallic one. The salesman tells you that you've made a wise choice and that it shows your individuality. Surely he's being totally honest with you.


Answer: Not really. He wants to make the sale and get the commission.

The salesman knows that you've just picked a car with an almost certain lower resale value. His reason for wanting you to buy the odd colored one is because he'll get a higher commission than if you had picked the silver one. The odd colored cars are harder to move off the lot, so the extra commission is an added incentive for the salesmen and women to sell it and keep inventory from sitting. The salesman's colleagues might very well be giving him high fives as you drive off the lot in your orange, yellow, or purple car.

This is a link to Confessions of a Car Salesman that'll give you a bit more insight as to how most car salesmen work. http://www.edmunds.com/advice/buying/articles/42962/page003.html
4. After second thought, you've decided that you want a silver Mustang instead. Now, there are two silver colored ones. One is a 2007 and one is a 2006. The 2007 has a higher mileage than the 2006 one. All other things being equal, which one should you pick?


Answer: The older car with the lower mileage.

Ever seen photos of Jewel and Amy Winehouse? It's the mileage, baby. Mileage is what wears parts out.
5. So you've decided which car you want. Time to start that baby up. You put the keys in the ignition and turn it. It starts effortlessly and you hear the engine purring like a newly fed kitten. You rev it a few times and it responds immediately. What should you do now?


Answer: Take it out for a test drive.

Always take the car out for a test drive. The engine isn't the only part of the car that matters. Unless you drive it, you won't know how it handles.
6. You decide to take the car for a short spin just because you want to see what it feels like to be cruising in it. How far of a drive is it advisable that you take?


Answer: A long enough drive that you can test it both in city traffic and on the highway.

Cars behave differently at different speeds. You want to test it not only in city traffic but also on the highway. You might not be able to feel the car pulling left or right, any vibrations, or hear any strange noises when you're only going 30 mph but once you hit 65 you might.
7. The car is a pearl. You buy it and drive it off the lot to take it home. You know that if it doesn't meet your expectations you can always sell it at the same price you bought it at as long as you do it within a week or so. It won't depreciate in value right away.

The car depreciates in value as soon as you drive it off the lot. No ifs, ands, or buts. For more information about this I've added the following links:

http://www.gatherlittlebylittle.com/2007/11/13/5-reasons-you-should-buy-a-new-car/
8. You're really happy with your new car. You know you don't need to worry about maintenance for a while yet. But, for most cars, when should you make your first oil change?

For most cars it's every 5,000 miles or longer. Look in your owner's manual what the manufacturer specifies for the type of driving you do. Changing your oil more frequently (You might remember the old slogan "every 3,000 miles or every 3 months") than what you need to won't make your car last longer, drive better or save you gas. It'll only cost you more money.
9. Uh oh. You have a flat tire! And this on a road less traveled! If you only had brought your cellphone... I guess you'll have to change the tire somehow. What do you need, besides a spare tire to be able to change it swiftly?


Answer: A jack and a lug wrench

A friend of mine has changed a tire by using a shovel instead of a jack, but I wouldn't recommend it. She did an awful lot of digging to pull that one off.
10. Working on your own car can save you a lot of money, but there are things to consider. According to the famous Tappet brothers there are four goals when it comes to working on your car. One of those are:


Answer: "to not blow up anything or anyone else"

The four goals are:

Your first and most important goal is to walk away from your car at the end of the day with all digits, appendages and eyebrows intact.

Your second goal is to not blow up anything or anyone else.

Your third goal is to not break something that's not already broken.

Your fourth goal is to fix what's broken.

If you can't reach these goals, it's best to bring your car to a mechanic to do the job.
Source: Author borisanchovy 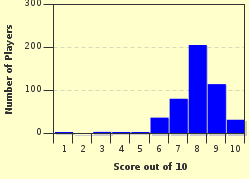 
Other Destinations
Explore Other Quizzes by borisanchovy