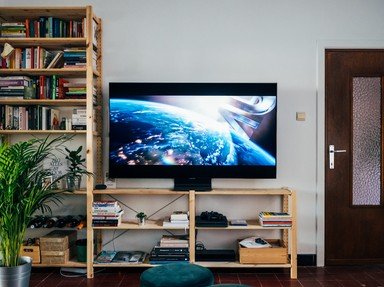 How much do you know about Foyle's War? This category is for trivia questions and answers related to Foyle's War (Television). Each one is filled with fun facts and interesting information.
Related Questions & Answers:   Doctor Who    Futurama    Grey's Anatomy    ER    Game of Thrones    Full House    Dallas    Days Of Our Lives    Firefly    Everybody Loves Raymond
1 Christopher Foyle is a widower. What was his wife's name?


Rosalind died of typhoid. Viewers never met her and Foyle has mentioned her in a number of episodes.

2 During which decade do the "Foyle's War" stories take place?


"Foyle's War" is set during the Second World War, and stories take place in the 1940s.

4 Foyle and his wife had one child. What is the child's name?


Andrew Foyle sometimes visits and stays with his father when he has time off from his job.


Hastings, in Sussex, is the setting for most of the episodes. The city is also famous for the Battle of Hastings in 1066.

6 During which war does the show take place?


Foyle is a detective during WWII in England. He wants to do more to help the war effort, but he has to settle for being a detective.

7 What is Andrew Foyle's occupation?


Andrew Foyle was a RAF pilot until he was relieved of his duties due to poor eyesight brought on by sinusitis.


DCS Foyle (played by Michael Kitchen) is called Christopher. His son Andrew is played by Julian Ovenden. His deceased wife was called Rosalind. Sam is his driver, played by Honeysuckle Weeks.

9 Where does Foyle live?


Hastings is historic because the famous Battle of Hastings took place there in 1066, in which William the Conqueror took over England.

10 Who was the sergeant who assisted Foyle from season 1-5?


Sergeant Milner accepted a promotion after Foyle resigned and became a Detective Inspector in another department.


Samantha "Sam" Stewart, played by Honeysuckle Weeks, is DCI Foyle's driver. She is an interesting character, who has a mind of her own. She is fond of Foyle and of his son.


Andrew is 23 and is a RAF (Royal Air Force) pilot. At the end of season 2, Andrew begins a romance with Foyle's spunky driver, Sam.

13 Sergeant Milner had a child with his second wife, Edna. What was the child's name?


Milner's wife insisted that if the baby was a boy he would be named Winston and while Milner was not too happy about it he didn't say anything. The baby, a girl, was named Clementine after Winston Churchill's wife!

14 What is the occupation of Sam's father in "Foyle's War"?


Sam mentions her father quite frequently. Her uncle is also a vicar, so the ecclesiastic life must be quite important in her family.

15 What is Sam's father's occupation?


Sam Stewart(short for Samantha) is Foyle's driver. She is part of the MTC and became Foyle's driver in the first episode of the show, "The German Woman". In the season 1 finale, "Eagle Day", Mr. Stewart comes to take Sam home where she will be "safer". At the end of the episode, however, he changes his mind and Sam is allowed to stay.

Answer: she was murdered


Jane was never comfortable with the fact that her husband required part of his leg be amputated due to an injury he suffered while fighting in World War 2. She left him to live with her sister but returned almost three years later claiming she wanted to move back home. She was murdered in series 4 as a result of some information she found out from a former co-worker.

17 What is the name of Foyle's usual sergeant?


Sergeant Paul Milner, Foyle's sergeant, was invalided out of the army when he lost his leg. He is played by Anthony Howell.


Lawrence Gascoine was a judge. His family took in a little boy, Joe, who was from London. Joe saw Mr. Gascoine taking a bribe from a man, and Joe was going to tell. Lawrence had to get rid of him, so he first faked a death threat by throwing a brick through the window with the words "you too will recieve justice". He then faked a phone call, and said the voice told him to go to the summer house. Joe, of course, wanted to investigate, and ran to the summer house. As soon as Joe opened the door, a hand grenade went off, placed there by Lawrence. When his wife found out what he did, she shot him three times, therefore avenging Joe.

19 Viewers were surprised to find out something about Foyle during the episode titled "All Clear" when Edna Milner went into labour. What was it?

Answer: He could actually drive himself


Foyle drove Paul and Edna Milner to the hospital for lack of another driver. When he was asked by his driver Samantha Stewart about it he replied that he had never said he "couldn't" drive, he just said he "didn't" drive.

20 In "Foyle's War," Foyle's sergeant was injured in the war. What happened to him?

Answer: He lost a leg


Sergeant Paul Milner lost a leg in the war and now uses a fake one. He seems to have adapted well.

21 In "A Lesson in Murder" (season 1), Sam goes out with a young Italian man, whose father is good friends with Foyle. What is Sam's boyfriend's name?


At the end of the episode, Tony's father is killed for being Italian (Italy had just entered the war on Germany's side). We never see him again. He had told Sam he had joined up to fight.

22 What was the occupation of Samantha Stewart's father and a number of her uncles?

Answer: they are vicars


It beats me why someone doesn't simply teach him, but instead he is given Sam Stewart to drive him around. In the series, Sam is taken from the Mechanised Transport Corps, so she's a reasonable mechanic as well. Actor Honeysuckle Weeks had to have tractor-driving lessons for one episode.


Rex, Connie's boyfriend, is only using her because he actually has an interest in Andrew, and no one would know how he really was if he had a girlfriend. Connie found this out, and threatened Rex by telling him she would tell everyone. Rex struggled with her, and accidently pushed her down the stairs, killing her. Everyone suspects Andrew, who was the last person to see her alive. Rex is also an RAF pilot, and lets his plane come down so no one will know the truth.

25 Foyle retired more than once during the series. At the end of series six, he retired and decided to go where?


Foyle decides to leave for America but returns for season eight and joins MI5.

26 Outside his work, DCI Foyle (of "Foyle's War") has what particular hobby?


When we see Foyle off duty (which isn't often), he is sometimes fly-fishing. He also ties his own flies. The hobby seems in character with Foyle's quiet, focussed personality. His other off-duty enjoyments include a good malt whiskey!


Mr. Collier was a policeman whose mother and sister died in a bomb shelter. Mr. Vaudrey was in charge of moving the people in that particular shelter out because bombs were supposed to hit. He forgot, and Collier's family died. To get revenge, Collier takes Foyle's place in Hastings after Foyle is wrongly accused of "swaying public opinion". Collier kills Vaudrey, who is staying at a "funk hole", or hotel for people to get away from the war. Collier made it look like suicide by forcing Vaudrey to take poison.

28 "Foyle's War" belongs to a specific genre. Which is it?


"Foyle's War" is a police procedural in that we see Foyle mostly at work and in the context of his job, and also see him actively investigating within the confines of his position on the police force. He is not an amateur detective (Agatha Christie's "Miss Marple" is one of those), nor a PI ("Magnum: PI" was one) or a hard boiled detective like "Mike Hammer" or "Sam Spade".

Answer: "Gone with the Wind"


Andrew crashed, and he broke his arm. He was feeling a little down in the dumps, so Foyle asked Sam to take Andrew out for a while. Sam took Andrew for tea, but Andrew found out Foyle asked her to do it, and he was upset. He left in a huff, and Sam was also very upset. Foyle yelled at Andrew for being so rude, so Andrew took Sam out to the movies. They begin a secret romance after that.

Thanks for taking my quiz!

The rest of the questions and answers can be found in our quizzes here:
Foyle's War Quizzes