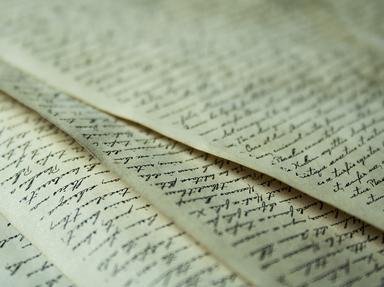 On Friday the First of Summerfilth Quiz

The title of this quiz is based on a quote from Tolkien's "The Lord of the Rings" and refers to an impossibility - like the verbose statements in this quiz that need to be matched to their original phrasing.

Quiz Answer Key and Fun Facts
1. The time of animate pork hovering and moving in the air.

Pork comes from a pig and if you are moving in the air you are probably flying or at least hovering like a hummingbird. In Romanian, there is a similar phrase: "When the pig shall fly". The phrase "when pigs fly" seems to have originated in Scotland and dates back several centuries. When that impossible occurrence actually occurs, there is sometimes a reference to a flying pig.
2. The star has appeared in an occidental direction.


Answer: When the sun rises in the west.


Answer: When Hell freezes over.

Tartarus is an underground place for the dead and solid water occurs when it is cold enough to freeze into ice. "Hell Freezes Over" was also a 1994 album by the Eagles. AFter the band broke up, Don Henley was asked if they band would ever play together again to which he replied "when Hell freezes over". A similar idea is "a cold day in Hell".
4. On the occasion of denticles in the mouth of the roosters' mates.


Answer: When hens have teeth.

"When hens have teeth" is a translation of a French saying. Denticles is a synonym for teeth. A hen (female chicken) would be a mate of a rooster (male chicken). Chickens, like other birds, don't have teeth. Tiny rocks in their gizzards help them to break up bites of food the way that teeth would aid humans. Don't get in the way between a chicken and food, though.

Their beaks are sharp enough.
5. The last of a dozen days in a non-existent month.


Answer: The Twelfth of Never.

In this case "Never" seems to be referring to a non-existent month and 12 of something would be a dozen. At least the twelve is real enough. "The Twelfth of Never" was also a song written by Jerry Livingston and Paul Francis Webster and recorded by Johnny Mathis. The 1957 song was the B-side to "Chances Are". The song reached Number Nine on the US Billboard Hot 100 chart.
6. The time of precipitation during the time of the year that lacks precipitation.


Answer: When it rains when it's not the season to rain.

It might not be a surprise that this saying is a translation from the original Hindi. Rain is a form of precipitation. One of the weather phenomena that India is known for are the seasonal monsoon rains that bring significantly more rain one season than another.

There would literally be a season where you would not expect it to rain. In South and Southeast Asia, the monsoon season is from May to September.
7. The day before a canonized, yet fictional, person.

St. Tibb was a fictional character who was referenced in some 17th century English plays. At the time it would not have been uncommon to refer a day by the saint whose feast day it was. The character of Tibb was usually thought of as woman of questionable morals so it would have been an unlikely name for a saint. An unlikely saint would have a feast day that didn't exist.
8. A loose mesh will not allow for trapping the gusty air.


Answer: You can't catch wind in a net.

"You can't catch wind in a net" is a translation of a Japanese saying. The loose mesh seems similar to a net and a gust is quick bout of wind. Air molecules are very small (less than one-billionth of a meter in diameter) so it would be a very tight mesh that would even have a chance of catching them. For catching fish, however, the multi-centimeter gaps in the net work just fine.
9. Passerine birds come into our grasp, assuming a collapsing atmosphere.


Answer: If the sky falls, we shall all catch larks.

Where do you find earth's atmosphere? In the sky. Passerine birds include sparrows and larks. This proverb (or extremely similarly worded ones) can be found in sources dating back hundreds of years. "If the Sky Falls, We Shall Catch Larks" was also the 2007 debut album by the band Kiss the Anus of a Black Cat.
10. During the moment of a Kermit-like amphibian who is hirsute.

Kermit is a Muppet who resembles a frog. A frog is a type of amphibian. Hirsute means hairy. The saying "when frogs grow hair" is a translation from the original Spanish. While Kermit has many characteristics that we would think more common in a human (such as walking on two legs or speaking), hair on his head or anywhere else on his body is not one of them.
Source: Author bernie73

More In Other Words Quizzes