Another one of my favorite CDs. Hope you enjoy the quiz.

Quiz Answer Key and Fun Facts
1. Complete this lyric: "Twisting and turning, your feelings are burning, you're____".

Singer Anthony Kiedis and his girlfriend, Carmen Hawk, broke up before the release of "Blood Sugar Sex Magic" in September, 1991. "Breaking The Girl" was the fourth video released from the band.
2. Which song are these lyrics from: "I realize I don't want to be a miser Confide with sly you'll be the wiser Young blood is the loving upriser How come everybody want to keep it like the kaiser"?


Answer: Give It Away

"Give It Away" was the first video the band released. They shot it out in the desert.
3. What were the opening lyrics to "Suck My Kiss"?

"Suck My Kiss" was the third single released from the CD. It was released only in Australia.
4. Which singer is mentioned in "The Righteous And The Wicked"?


Answer: Under The Bridge

"Under The Bridge" was the breakthrough hit for the band that put the CD on the charts. The video was released in spring 1992 nd was nominated as best Video of the Year at the 1992 Video Music awards on MTV.
6. Which song has these lyrics: "Every man has certain needs Talking about their dirty deeds"?

"Funky Monks" was released as a documentary in 1992 about this hugely successful CD.
7. Which of these is the correct lyric to "Naked in the Rain"?

Other memorable lyrics were "Standing on the corner of civilization, there's a time there's a place for me" or "Never met an animal that I didn't like".
8. What starts off this lyric: "______________, you'll never know, funky mother"?


Answer: If You Have To Ask

'If You Have To Ask' was the fifth and final single from the CD.
9. Which song starts off with these lyrics: "Driving around I've got my baby and my top down Mary-go-round I ride you for my love, throwing me down in the backseat underground I'm on the mound I make it for my love"?

"Sir Psycho Sexy" was written by Kiedis, describing himself as an overzealous ladies man who did whatever he pleased with women.
Source: Author diamondjim68 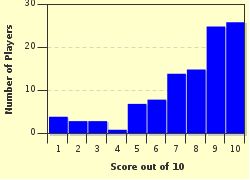