Their first breakthrough album ("Blood Sugar Sex Magik") came out in 1991. How well do you know the Red Hot Chili Peppers?

Quiz Answer Key and Fun Facts
1. What was their first single off of the 2006 album 'Stadium Arcadium' titled?

'Stadium Arcadium' is the third album in a row that Anthony Kiedis, Flea, Chad Smith, and John Frusciante have made together.
2. John Frusciante has made several solo albums. The title to one of them is "To Record Only _____ for Ten Days".

Another one of his albums is called "When Shadows Collide With People".
3. Which Chili Pepper's original name was Michael Balzary?

Flea refused to use his unique bass-slapping technique during the album 'Blood Sugar Sex Magic' so that it wouldn't be copied by other bands.
4. Put the albums in the right order of when they were made, oldest to newest.

Other albums are 'Blood Sugar Sex Magik' and 'Californication'.
5. Name the odd album out, in regards to guitarists.

'One Hot Minute' featured Dave Navarro on guitar, instead of John Frusciante, who is in the other albums.
6. The hit song 'Under the Bridge' is on which album?

The opening guitar riff on 'Under the Bridge' is finger picked instead of played with a pick.
7. Chad Smith and Flea are the only two founding band members.

It is in these five years that the band hired Dave Navarro and made the album 'One Hot Minute'. After Frusciante's (pronounced froo-SHAN-tay) house burned down, Flea persuaded him to rejoin the band.
9. What song are these lyrics from: 'How long, how long, will I slide? Separate my side. I don't, I don't believe it's bad. Slitting my throat is all I ever.'?

That's the chorus to 'Otherside'. All four choices were on the album 'Californication', which was released in 1999.
10. Fill in the blank lyric from the last verse of 'Californication': '___________ leads to a very rough road but it also breeds creation, And earthquakes are to a girl's guitar, they're just another good vibration.'

Besides being a highly original bassist, Flea is also a very good trumpet player and he plays on a few different Red Hot Chili Pepper tracks, such as 'Hump De Bump' on the album 'Stadium Arcadium'.
Source: Author mcr_rocks 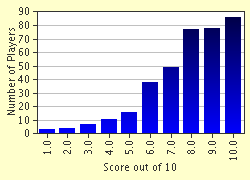 
Other Destinations
Explore Other Quizzes by mcr_rocks