The Red Hot Chili Peppers have featured several guitarists in their line-up. See if you can name the guitarist I am describing.

Quiz Answer Key and Fun Facts
1. Can you name who was the guitarist of the Red Hot Chili Peppers when the band was featured on an episode of "The Simpson's" titled "Krusty Gets Kancelled"? The show originally aired on May 13, 1993.

Hillel Slovak, Jack Irons, Anthony Kiedis and Michael Balzary formed the Red Hot Chili Peppers at Fairfax High School in the early 1980s. If the name Michael Balzary isn't a familiar name, you might better recognize his stage name, Flea.
Hillel was born in Haifa, Israel on April 13, 1962 and passed away from a drug overdose on June 25, 1988.
3. In addition to his recordings with The Red Hot Chili Peppers, this guitarist has also released some solo material. Which guitarist released the albums "Shadows Collide With People" and "Smile From the Streets You Hold"?

One of John's more popular solo albums is titled "Niandra LaDes & Usually Just a T-shirt", recorded in 1994. This album was recorded after his first departure from the Red Hot Chili Peppers, and while heavily under the influence of heroin. Rick Rubin and his label, American Records, were very instrumental in getting this album recorded.
4. After his days with the Red Hot Chili Peppers were over, this guitarist landed jobs with femme-rockers including Alanis Morisette, Michelle Branch and Vanessa Carlton. Which ex-Chili Pepper guitarist had the privilege of playing with these lovely ladies?

Jesse also has written music for television programs. His song "Charged" was included on the soundtrack album titled for "Buffy the Vampire Slayer". If you don't remember Tobias being in the Chili Peppers, don't feel bad. He never actually toured or recorded with the band at all.
5. Which guitarist once played in George Clinton's band Funkadelic?

Duane "Blackbird" McKnight was in the Chili Peppers briefly from 1988-1989. His incarnation with the band occurred after Hillel Slovak's death and John Frusciante's first stint with the band. McKnight has played with a great number of artists including George Clinton, Macy Gray and Herbie Hancock.
6. Which ex-Red Hot Chili Peppers guitarist has been known to play with the "all-star" band Brain Taco in Los Angeles?

The bands Ruined Eye and Honeymoon Stitch are similar bands that Navarro has performed with over the years.
7. Many musicians have other talents in addition to their musical skills. Which guitarist is also a brilliant painter who has had some of his work published?

John is truly a genius. A few of his paintings were published in a book titled "Musicians as Artists". One painting in particular was created with Flea's daughter, Clara. In addition to music and art, John has a keen interest in mathematics, science and writing.
8. Which Red Hot Chili Pepper member was handling guitar duties when the band headlined the Lollapalooza tour in 1992?

After the Lollapalooza ended, the band began making preparations to record their sixth album. Things became very clear that Marshall was not the person to record with, so the band took a bold step and hired Navarro to record "One Hot Minute" with.
9. Which ex-Chili Pepper guitarist was featured on the Alanis Morrisette hit "You Oughta Know"?

Dave Schiffman was working on Morrisette's album and asked Dave if he would appear on a song or two. He agreed and his parts were recorded separately from Alanis' parts. The two never actually met during the recording of the song. Navarro has also played on songs recorded by Nine Inch Nails, Guns 'N Roses, P. Diddy, Moby, Christina Aguilera, Michelle Branch and Mariah Carey. Very versatile guitar player, indeed.
10. The songs "Under the Bridge", "Knock Me Down" and "My Lovely Man" were all written in memory of one of the Red Hot Chili Peppers guitarists. Which member was the inspiration for these great songs?

Hillel was the heart and soul of the band. When he passed away, the void he left was immense. His death nearly led to the break-up of the band. By writing these songs, the band was able to find some solace from their suffering and they could go on as a band.

The memory of Hillel is very much a part of the band's success and he is remembered every day by the surviving members. The song "Under the Bridge" is also about the band's drug use during the era.
Source: Author ralzzz 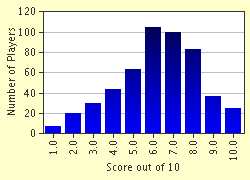