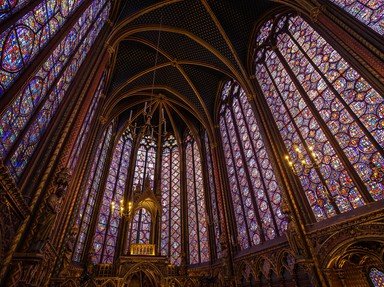 Austria Then and Now Trivia Quiz

Austria may be small today, but it has a very impressive history and a colorful culture. I hope you have fun.

Quiz Answer Key and Fun Facts
1. At one time, Austria (or the Austro-Hungarian Empire), contained a multitude of ethnic groups, including Czechs, Hungarians, Croats, Poles, Slovaks, Serbs, Italians, and others. Of all the languages spoken in that empire, which one remains the official and most widely spoken language of Austria today?

The vast majority of Austrians are Germans. For a long time in Europe, there was some question as to which state would eventually become the largest German state in Europe, Prussia or Austria. Prussia won out and became today's Germany.
2. Austria is a federal republic, like the United States. It also has states. Which of the following is NOT an Austrian federal state?

Bavaria is the largest state in Germany, which is also a federal republic. Bavaria shares a large section of the Alps with the Austrian states of Vorarlberg, Salzburg, Tyrol, and Upper Austria.
3. What is Austria's highest peak, at 3,798 meters (or 12,461 feet)?

Mont Blanc, standing between France and Italy, is the most prominent peak in the Alps, and the Grossglockner ranks second. Mont Blanc is 4,810 meters (15,782 feet). The Zugspitze is Germany's highest peak and stands between Austria and Germany at 2,962 meters, or 9,720 feet.

The Matterhorn is on the border between Switzerland and Italy, and stands 4,478 meters (14,690 feet) tall. Note that prominence has to do with climbing height, and is not equal to a mountain's height, which is simply the height of the summit above sea level.
4. Austria's flag is composed of three equal horizontal stripes. What colors are the three stripes on Austria's flag, from top to bottom?

Austria's flag is the second-oldest in use, according to Wikipedia. Legend says Duke Leopold V of Austria invented the color scheme after a battle at Acre during the Crusades, when he removed his belt to find a white strip of cloth on a blood-drenched white tunic. Germany's flag is black, red, and gold, while Hungary's flag is red, white, and green.

The flag of the Netherlands is red, white, and blue, but so is that of Luxembourg, but the latter's blue is a lighter shade than that of the Dutch nation.
5. Which of the following memorable entertainers was NOT born in Austria?

Dietrich was born in Berlin in 1901. Falco was a popular singer perhaps best known for "Rock Me Amadeus." Born in Vienna, he died in an auto accident in 1998, two weeks short of his 41st birthday. His given name was Johann Holzel. Also born in Vienna, Schell won an Academy Award for his role in "Judgment at Nuremberg." Schell's father was Swiss and the family returned to Switzerland in 1938. Schwarzenegger was born in a village near Graz, in Steiermark.
6. Austria's capital is Vienna (Wien in German), a site where the Roman Empire established a military camp during the First Century, which became a municipality in 212. However, the Roman name of the city has Celtic roots, according to Wikipedia. What was the Roman name of Vienna?

Vindulanda is the name of a Roman fort on Hadrian's Wall, between modern England and Scotland. Venedig is the German name for Venice. Wienerwald is the German name of the Vienna Woods, an area of about 520 square miles northwest of Vienna, in Lower Austria.
7. World War I brought an end to four powerful empires: Germany, Russia, the Ottoman Empire, and Austria-Hungary. Which dynastic family ruled in Austria?

The Romanovs ruled Russia, the Hohenzollerns ruled Prussia (and the Second German Empire), and the Wittelsbachs ruled Bavaria and the Palatinate. Perhaps the greatest Habsburg ruler was Charles V, who ruled the Holy Roman and Spanish empires, as well as Austria, even though he was born in Ghent, in today's Belgium.
8. Although their performance center is in the Hofburg in Vienna, in which Austrian state are the famous Lipizzaner horses born and spend their youth running almost freely in the countryside?

Although almost all of the performing Lipizzaner are white, they are born black or dark brown and turn white in adulthood. The performing group are all stallions, while the mares remain in their home in Piber in Steiermark with the foals and fillies.
9. On the outskirts of Vienna is the former Habsburg Imperial summer palace, whose environs include a beautiful garden and the Neptune Well. What is the name of this palace, which today is the most popular sightseeing site in Vienna?

Neuschwanstein is the work of "Mad" King Ludwig of Bavaria and is located in the German Alps. Charlottenburg is the largest palace in Berlin and was a residence of the Hohenzollerns. Hochosterwitz is a grand castle perched atop an isolated outcrop of Dolomite rock which towers 520 feet above the surrounding valley in the Alps of Kärnten (Carinthia) in Austria.
10. The 1976 Winter Olympics had been awarded to Denver, Colorado, but Colorado voters refused to fund the event. The games ended up being held in which Austrian city, which had also hosted the 1964 Winter Games?

After Denver rejected the offer, the games were then offered to Whistler, British Columbia, Canada, who had also bid on the games. But the Canadians also declined, so Innsbruck was next.
Source: Author shvdotr 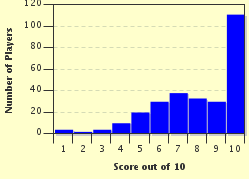