Arizona may be arid but we have twenty-five species of native amphibians. Here are some of my favorites.

Quiz Answer Key and Fun Facts
1. Twenty-four of Arizona's native amphibian species belong to the frog and toad family. What other amphibian is a native of Arizona?

The barred tiger salamander (Ambystoma mavortium) is Arizona's only native salamander species and the only non frog/toad native amphibian found in the state. A large salamander, they can grow to thirteen inches in length from snout to tail and are found throughout much of the state except the lower southwestern and western deserts. There are three subspecies identified in Arizona by location: the barred tiger, the Arizona tiger and the Sonoran tiger, the latter of which is endangered, and protected by law.

The salamanders can either be terrestrial and branchiate (gilled); in dry seasons when there isn't enough standing water to allow larvae to develop, terrestrial salamanders remain on dry land and wait for the next breeding season.
2. The largest native toad in Arizona is also one of the largest toads in the world. Also known as the Colorado River toad, which toxic toad can grow to the size of a small dinner plate?

The Sonoran Desert toad (Bufo alvarius or Incilius alvarius) can grow to over seven inches in length and can weigh over two pounds. Its habitat includes most of southern and central Arizona, but it is now rarely seen along the Colorado River, from which it gets its alternative name. They live in burrows for most of the year but appear during the summer monsoon months for breeding and feeding, and they'll eat anything they can fit in their mouths: insects, lizards, mice and other toads.

Sonoran Desert toads have relatively smooth, olive-green skin and can resemble frogs with the exception of large glands on their head and legs that carry a poison that is toxic enough to kill a dog. In Arizona, we have training classes to teach dogs not to mess with snakes or Sonoran Desert toads.
3. Arizona has several species of treefrogs. Which variety is the official state amphibian (don't think too hard on this one)?

Arizona has five varieties of treefrogs which inhabit various regions of the state except the southwest corner. The Arizona treefrog (Hyla wrightorum) is a small (two inch), green or tan frog that inhabits the higher elevations of central eastern Arizona above 5,000 feet (1,524 meters).

There is also a small population of the frogs in the Huachuca Mountains of southeastern Arizona which differs from the other population and may in fact be a different species or subspecies. The Arizona treefrog became the official state amphibian in 1986 after being selected in a contest by schoolchildren. Clearly, the cute little treefrog appealed to children more than the lumbering, more deserving Sonoran Desert toad, which was one of the runners-up.
4. One of the most elusive frogs in Arizona is the only native representative of the Leptodactylidae family of tropical frogs in the state. Which cute puppy is it?

The small (two to four inch) barking frog (Craugastor augusti) is only known to inhabit a small region of mountains in southern Arizona. Unlike other amphibians in Arizona, baby barking frogs emerge directly from eggs, bypassing the tadpole stage, and there are reports of parental care of the eggs until the babies hatch.

The barking frog is heard more often than it is seen as its call is distinct; decades can pass between confirmed sightings of the secretive frog.
5. Most of the native "true frogs" of the Ranidae family in Arizona belong to which spotted species?

The lowland leopard frog has the greatest swath of habitat in the state, occurring in most regions of central Arizona down to the southeastern part of the state. All leopard frogs in Arizona are protected by the state with the exception of the non-native Rio Grande leopard frog. This frog is believed to have entered the state in shipments of sport fish during the 1960s or 1970s, and it has proved to be very hardy, existing well with other introduced species and contributing to the decline in native species populations.
6. Arizona has several native species of which toad named for an appendage that helps it burrow underground?

Spadefoots are very well adapted to desert living. They spend most of their life underground and only emerge during summer monsoon weather to breed and eat. If storms don't appear, they can actually spend two years underground without needing to eat. Tadpoles hatch within thirty-six hours and morph within a week. Thanks to these adaptions, spadefoots aren't endangered in Arizona.
7. Named for a Native American tribe of northern Mexico, which frog only exists in a few canyons in southern Arizona, where it was reintroduced in 2004 following a twenty year absence?

The Tarahumara frog (Lithobates tarahumarae) is an olive-green or brown frog over four inches in length and unfortunately resembles a young American bullfrog. The latter species is non-native and invasive in Arizona, and workers trying to remove bullfrogs need to be careful to not remove Tarahumara frogs by mistake.

The Tarahumara frog disappeared from Arizona by 1983, possibly due to drought or flooding. The frog is the most aquatic of Arizona's native frog species and is rarely found away from water; thus any change to water supplies can impact the species.

A reintroduction project began in 2004 to return the frogs to their native habitat in the Santa Rita mountains.
8. Which vibrant little toad covers the most territory in Arizona of any native toad?

The red-spotted toad (Anaxyrus punctatus)can be found anywhere in the state with the exception of the highest mountain elevations and a small swatch of the Yuma desert. The toad grows to three inches in length and has red or orange little spots all over its body. The red-spotted toad is unique among Arizona toads as it lays single eggs. The species also has the ability to survive despite losing forty percent of its body water which allows it to move around extensively in dry areas before locating water.
9. Named for its "helmet" head, which Arizona native frog of the Hylidae family buries itself underground for much of the year, wrapped inside of a cocoon made of its skin?

The cocoons helps reduce water loss and may protect them from predators. Also like spadefoots, they emerge during the summer monsoon to breed and eat. However, as their other name indicates, they are members of the treefrog family and are able to climb into trees when necessary.
10. Although called a toad, which Arizona native amphibian is the only member of the Microhylidae family of frogs which are named for a facial feature?

Also called the Great Plains narrow-mouthed toad, the Western narrow-mouthed toad (Gastrophyrne olivacea) can easily be identified by its small head and pointed snout. The little toads (barely one and a half inches) live in the central southern Arizona and survive almost exclusively on ants and termites.

Although they live near water, they are terrestrial, which is why they have the "toad" name. Western narrow-mouthed toads also remain dormant in burrows outside of the summer monsoon months, much like other desert toads.
Source: Author PDAZ 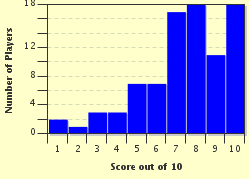 Here's a variety of quizzes on beautiful Arizona and the Sonoran Desert.