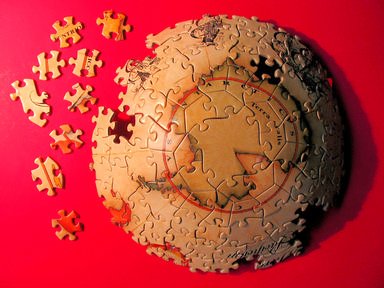 I present for your enjoyment ten of the NHL's teams, in fractured form. How many can you figure out? (In some cases you will need to put both the city and team name; in others just the team name will do - watch for the hints).

Quiz Answer Key and Fun Facts
1. Have A Lunch

The Colorado Avalanche were formerly the Quebec Nordiques, until the franchise moved to Denver in 1995.
2. Make Believes

The Toronto Maple Leafs were one of the original six NHL teams. They were previously known as the Toronto St. Patricks until 1927 and haven't won a Stanley Cup since 1967.
3. Dollhouse Stairs

The Stars arrived in Dallas in 1993. Prior to that, the franchise was based in Bloomington, Minnesota and was known as the Minnesota North Stars.
4. Why Old

Minnesota had an NHL team again in 2000, with the expansion franchise the Wild, based in St. Paul.
5. Her Ache Kins

The Carolina Hurricanes are the old Hartford Whalers franchise, who moved to Raleigh in 1997. They won their first Stanley Cup in 2006.
6. And I'm Tux

The team's official name is now just the Anaheim Ducks, rather than the Mighty Ducks of Anaheim. The team was owned by the Walt Disney Company, and their original name was chosen because of the Disney movies featuring the hockey team called the Mighty Ducks.
7. Fall Aims

The Flames franchise was based in Atlanta before moving to Calgary in 1980. It was the first team in NHL history to have moved FROM the United States TO Canada.
8. Pink Gwen's

The Pittsburgh Penguins were a 1967 expansion team. The Pens have experienced a couple of different "eras" within their hockey club, including the Lemieux era, which lasted from 1984-2006, and with Mario Lemieux's second retirement, they entered the Sidney Crosby era.
9. Fill Ires

The Philadelphia Flyers were an expansion team who entered the league in 1966. There had previously been a Philly team called the Quakers, who played only for the 1930-31 season.
10. Gnu Your Cringe Hers

The New York Rangers, New York's second team after the success of the New York Americans, were an Original Six team. They joined the NHL in 1926.
Source: Author guitargoddess 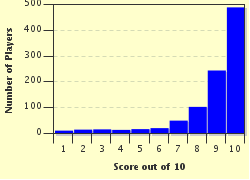